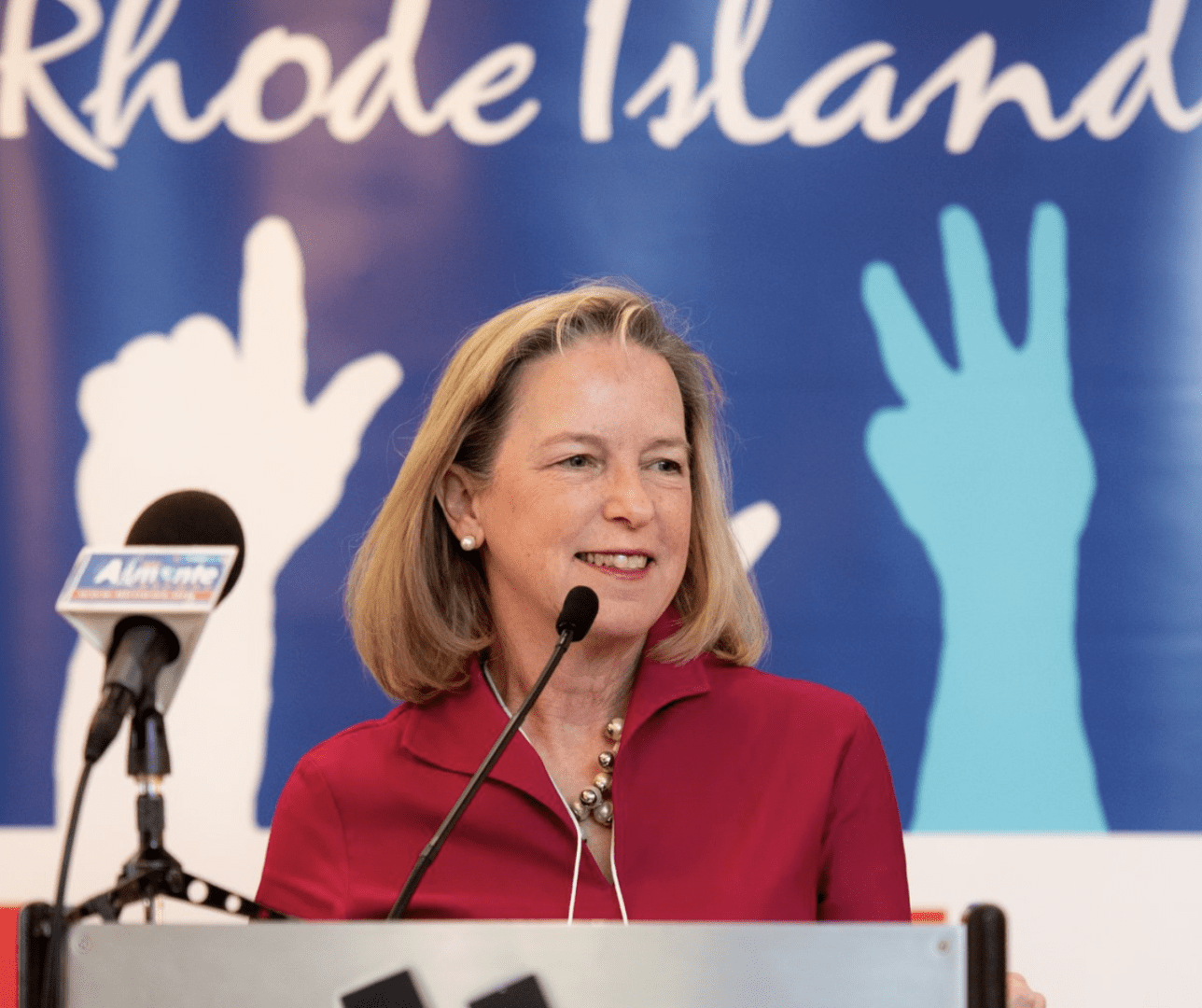 The Board of Directors of Rhode Island KIDS COUNT is announcing that Elizabeth Burke Bryant will step down from her position as Executive Director by the end of the year, after 28 years of service. During her tenure, Elizabeth has been one of Rhode Island’s most influential leaders and greatest champions for the well-being of children and their families.

She and the organization have consistently focused on the glaring and unacceptable disparities in child outcomes by race, ethnicity, and income — and have called for dismantling racism that has led to these inequities. Among the policy victories that Rhode Island KIDS COUNT has contributed to during her tenure are the establishment of the RI Pre-K program (ranked first in the nation for quality), Full-Day Kindergarten, children’s health insurance coverage (RI is ranked 4th best in the nation and provides health coverage to eligible children regardless of immigration status), a significant reduction in childhood lead poisoning, extension of DCYF services for foster youth up to age 21, and a reversal of a law that allowed 17-year-olds to be tried as adults and sent to adult prison.

Elizabeth has been a tireless leader and advocate for legislative and policy reforms. She has testified often before the RI General Assembly to advocate for important investments and policies to improve the lives of the state’s children, youth, and families. She has worked with the Executive Branch, including governors, state agency directors and staff on strategies for the effective implementation of programs serving children and families. She has also worked closely with Rhode Island’s Congressional delegation on a variety of federal issues affecting children.

Elizabeth has also built an exemplary team of child advocates within the organization who collaborate with other advocates, community-based organizations, and partners inside and outside of government to promote equitable policies and to elevate the voices of those most affected by these policies, including parents and youth.

The Board of Directors thanks Elizabeth for her outstanding leadership as Executive Director of Rhode Island KIDS COUNT. The Board is undertaking a search, beginning with an internal search.