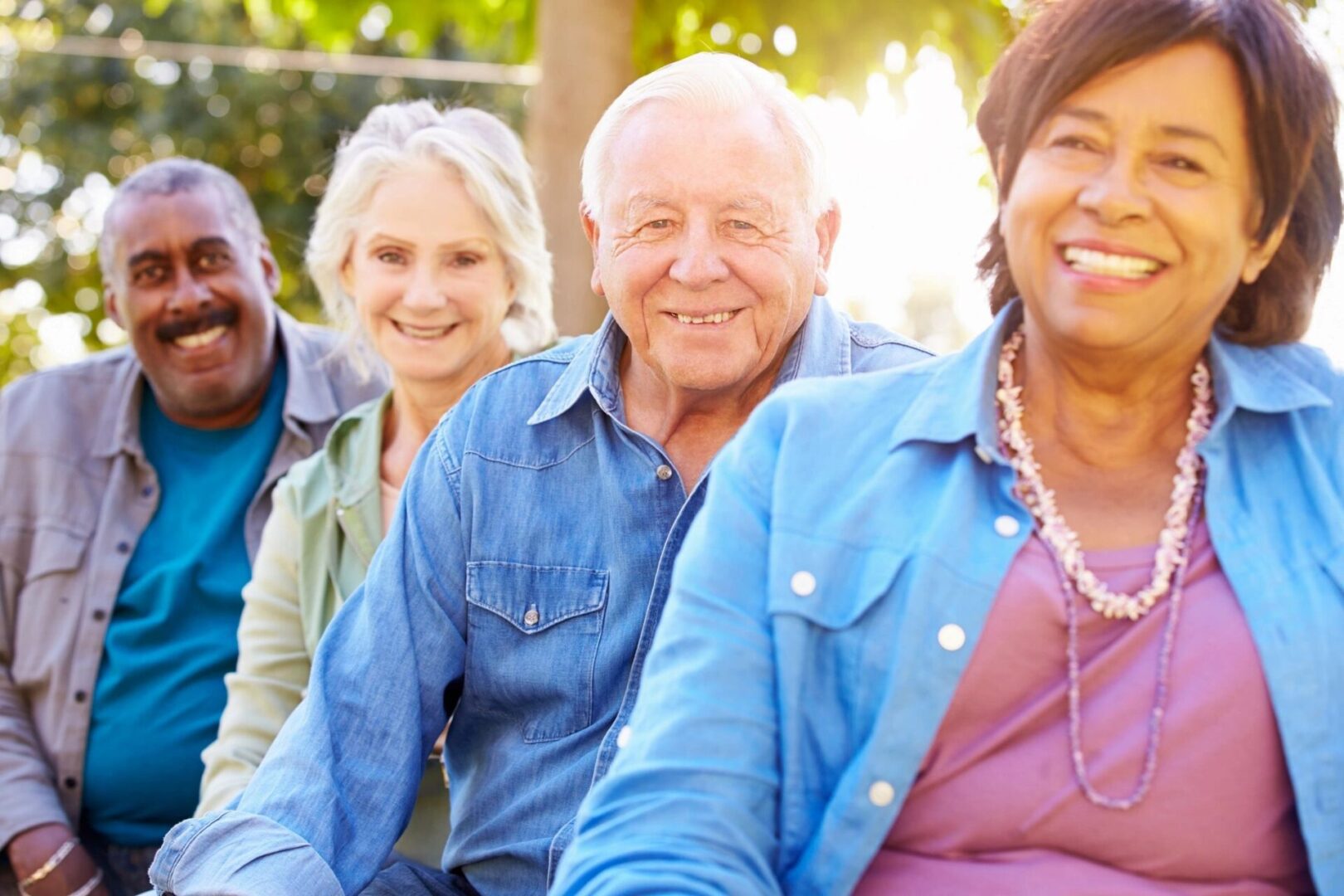 During the 143-minute forum, the invited Gubernatorial candidates (five Democratic and one Republican, gave two-minute responses to seven questions previously given to them and hammered out by the Senior Agenda Coalition of Rhode Island (SACRI) and its 17 cosponsors, that would elicit how each, if elected Governor, would fix Rhode Island’s fragmented long-term care continuum and provider payment systems.

According to Bernard J. Beaudreau, Executive Director of the Providence-based SACRI about 300 seniors and aging advocates came to personally see the Gubernatorial candidates outline their position on aging issues. Multiple platforms on Facebook and YouTube were promoted by a variety of senior advocacy groups that resulted in the over 300 virtual audience. Some held “watch parties” at one or more of the 12 senior centers, with approximately 135 people participating from throughout the state.

Before the forum began at 10:00 a.m., Deborah Burton, Executive Director of RI Elder Info, one of the forum’s sponsors, provided the welcome, explaining why it was so important for older voters to understand the aging agenda of the next Rhode Island Governor and their commitment to funnel funding and resources to the state’s aging program and services. “The policies of the incoming Governor will impact a large number of baby boomers in the state,” said Burton, noting that the Gen X’s, often forgotten, are right behind them. “We need to have a system [long-term care continuum] in place that is effective, that is funded, and is what we need and want as we age,” she said.

“It was very evident that these candidates came prepared and took the forum and all the issues impacting older Rhode Islanders very seriously,” said a very pleased Beaudreau.

Talking the Talk about Senior Issues

Here is a sampling of policy issues touched on by the candidates:

The attending candidates gave their thoughts as to how they would rebuild and sustain a viable workforce of nursing homes and homecare providers.

Two term Secretary of State Nellie Gorbea said she felt that we, as a society, do not value caregiving. She called for investing in the workforce of nursing home providers by increases to the state’s Medicaid rates. The educational sector can become a pipeline to “nurture and grow” jobs for this sector, she said.

Governor Dan McKee stated he addressed staffing issues at home health agencies and nursing homes by expanding the Wavemaker Fellowships to include healthcare workers and increasing reimbursement rates for home health agencies by $ 900,000 annually. McKee also noted that in last year’s budget it gave the state’s nursing facilities a cost-of-living increase to ensure funding to increase their workforce.

Former CVS Executive Helena Foulkes supports expanding Medicaid, but we must hold the nursing homes accountable to make sure that the increases of state funding go to workers and not to equity owners of nursing homes.

Healthcare advocate Dr. Luis Daniel Luis Muñoz says we should increase reimbursement rates for providers. He calls for the creation of a state-based medical school to create more dental professionals and physicians. “That is how we can increase the providers necessary to serve Rhode Islanders,’ he says.

Former Secretary of State Matt Brown blamed Rhode Island’s staffing shortage on the General Assembly slashing Medicaid reimbursement rates over the years. He called for an increase in Medicaid reimbursement rates and increasing minimum wage to direct care workers in Medicaid nursing facilities to $20 per hour. This would attract workers from Southern Massachusetts, he predicted.

The attending candidates also gave their thoughts as to their strategies for Medicaid rebalancing and the program’s expansion to improve home and community-based care opportunities along with ensuring financial viability of nursing homes.

Muñoz called for a targeted approach to supplementing wages for providers taking care of seniors, noting that “twenty dollars is not a livable wage. We lost the culture of taking care of people,” he said, “but it will take money, increasing providers; but programmatically the state needs to make a commitment to expand its community and home-based programs working with multiple departments, to bring back this culture of care.”

Brown warns that 87 percent of nursing homes are in risk of closing and the state must address this by increasing Medicaid rates so as to give these facilities the financial stability they need. As to home care, pay must be increased to direct home care workers. But do not forget about family caregivers. “We do not have an adequate paid Family Leave program in the state,” he says. As Governor, Brown would call for creation of a program to give 16 weeks of adequate pay.

Kalus calls for seniors to be placed in the least restricted setting. There should be adequate senior housing available to allow a person to live independently in the community. “We must reimage the continuum of care,” says Kalus, stressing that different types of care must be working together. According to Kalus, if you go to a hospital there should be an incentive to discharge you to a nursing home with rehab, if that is possible, and then provide an incentive to move a person to less restricted continuum of care from there, such as home care and then independent living. An organization, like an Accountable Care Organization, must ensure there are no incentives to keep you in one type of care environment, over a less restrictive one, she says.

McKee touted the $10 million dollars invested this year to rebalance the long-term care continuum. He announced that he plans to shortly issue an Executive Order to direct state agencies to review existing policies through a healthy aging lens and address accessibility and impacts on Rhode Island’s aging population. He will also direct state agencies to appoint a representative to the task force that will create a Statewide Aging Plan.

Foulkes called for the state to create a long-term comprehensive plan for providing programs and services for seniors. Politicians seem to implement short term fixes year to year, making small timeframe moves. She urges improving discharge planning and technology and compensating family members to keep seniors at home. Nursing home care should be changed to provide single rooms with single-use bathrooms to ensure their dignity of living in a nursing home, and prevent spread of infectious diseases, a lesson learned from the pandemic.

Gorbea says Rhode Island is “clearly off the mark” as to how it spends its Medicaid dollars on home care services. Twenty six percent of the state’s Medicaid budget is spent on home care, compared to many states allocating over 41 percent. “That’s where we have to go,” she says. “If you are going to encourage people to stay at home, you must have housing and transit options,” she notes.

“While there were similar opinions, each candidate presented their own perspective,” said SACRI’s Beaudreau, noting that he did not hear anything anyone said that would be objectionable to aging advocates. “We now have on record their pledge and commitment that there will be a plan and an action agenda that will benefit all seniors of the state,” says Beaudreau, “if they are elected Rhode Island’s 77th Governor next November.

“It is clear we have a slate of very quality candidates,” says Beaudreau at the conclusion of the forum.

Maureen Maigret, chair of the Long-Term Care Coordinating Council’s Aging in Community Subcommittee and SACRI Board Member stated, “the Forum exceeded my expectations in terms of attendance (in-person and virtual), and I consider it an absolute success.”

Maigret reported that all candidates supported: “making the Office of Healthy Aging a full cabinet/department with review of sufficiency of resources; expansion of Medicare Savings Program which I have been advocating for at least 5 years and adding a state COLA to SSI payments; requiring better data on minority older adult inclusion; addressing community living, housing and transportation needs of older persons and developing and implementing a comprehensive, interdepartmental strategic Plan on Aging.

What was most important is that this event made them really pay attention to the fact the state has a significantly growing number of older persons which calls for transformative change. By highlighting some policies needed to address these demographic changes and getting candidates on record in support of them, they can be held accountable,” says Maigret. “The other significant outcome was to have so many co-sponsors come together in support of the policies put forward,” she added.

“There needs to be immediate leadership and follow-thru with all appropriate stakeholders to design and implement a seamless state/local delivery system for “aging in place” services, including increased care payments and efficient reimbursement to providers,” says Vincent Marzullo, well-known aging advocate who served as a federal civil rights and national service administrator. “With vision and commitment, Rhode Island can be a more appealing retirement community by aggressively addressing healthcare disparities and elevating the RI Office on Healthy Aging to full Departmental status with broader authority/responsibilities. This conversation must now include our General Assembly leaders,” said Marzullo, a West Warwick resident who serves on SACRI’s Board.

Co-sponsoring this event was a broad coalition of 18 service providers and advocates:

To watch the forum, go to https://www.youtube.com/watch?v=okQ5FguKMao.

For info about the Senior Agenda Coalition of Rhode Island, go to https://senioragendari.org/.