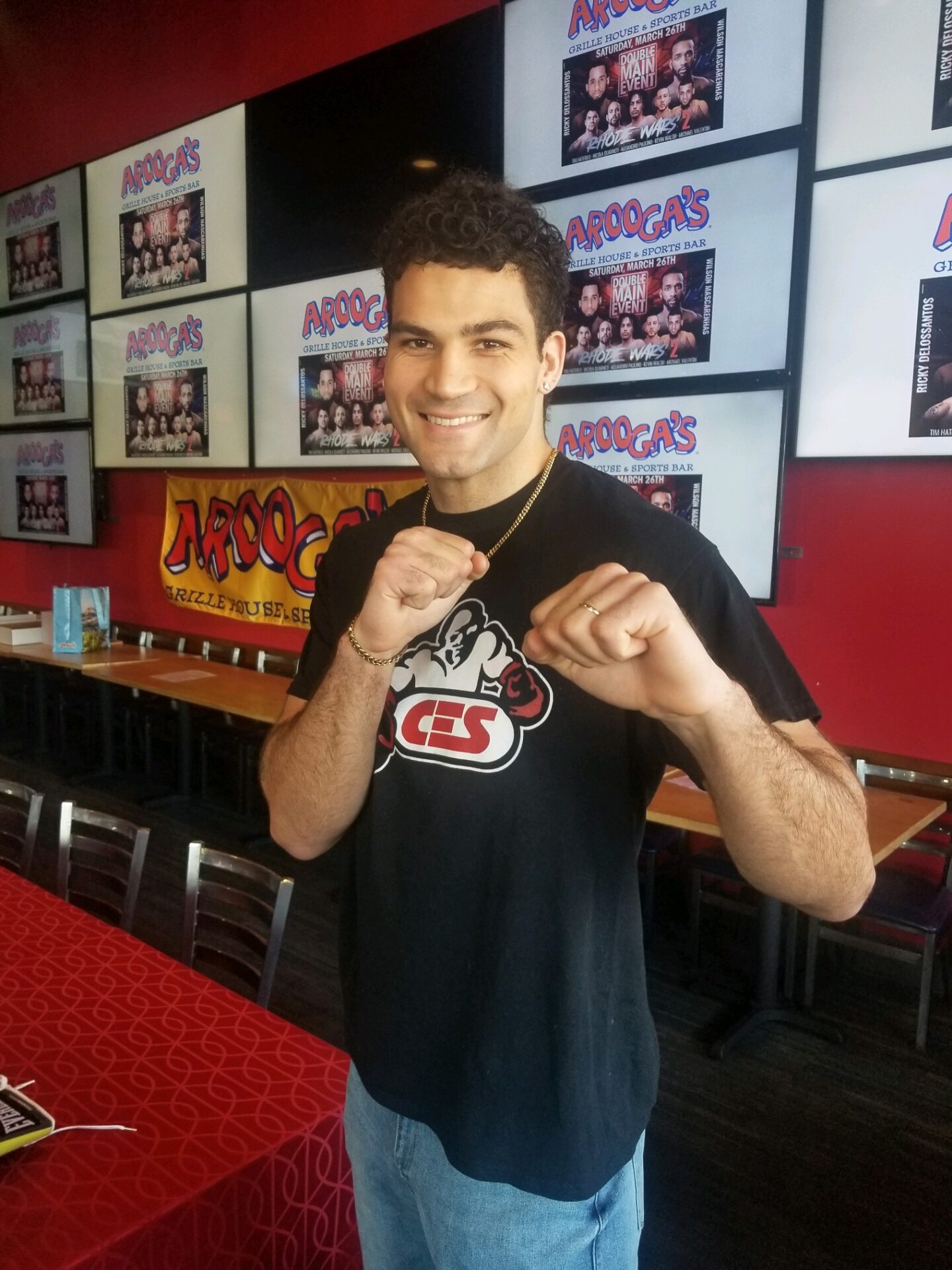 Jimmy Burchfield and CES Boxing return to the Crowne Plaza in Warwick on March 26th, with a sensational night of professional boxing action. The inaugural Rhode Wars was a major success. It was a standing room only crowd, witnessing one action packed fight after another. Rhode Wars 2 promises more of the same. The lineup is stacked from top to bottom, featuring every top fighter from Rhode Island, and nearby Massachusetts. This card also has an international appeal featuring fighters from outside of the United States. In the heavyweight division, Tim Hatfield of Providence, puts his undefeated 3-0 record with 3 KOs on the line against another undefeated heavyweight from Pittsfield, Massachusetts, Quintin Sumpter. He has a 2-0 record with 2 knockouts and appears to be all business coming into this contest.

In one half of the impressive double main event, fan favorite Wilson Mascarenhas, from New Bedford, looks to add another victory to his impressive 5-1 record, when he takes on the undefeated Abraham Perez, of Cancun, Mexico. “Ill Will” will have his hands full in this one.

Another fan favorite in action from Providence, by way of Rimini, Italy, is Nicola Quarneti. He will be taking on Keenan Raymond of Providence.

In the 2nd main event, Ricky De Los Santos, of Pawtucket, will be taking on a well-seasoned veteran, Yeison Vargas, of Cartagena, Columbia.

Also in action will be Kevin Walsh from Brockton and Michael Valentin of Providence.

All 7 bouts are sure to be hard hitting and exciting.

At the press conference at Arooga’s in Warwick, Jimmy Burchfield said, “All of the fighters are ready to go. Unless you have been in the ring you have no idea the sacrifices these fighters make. The preparation is hard work.” He reminds everyone to get tickets now, because just like Rhode Wars 1 this will be a sellout. Visit CESBOXING.COM for tickets and more information.