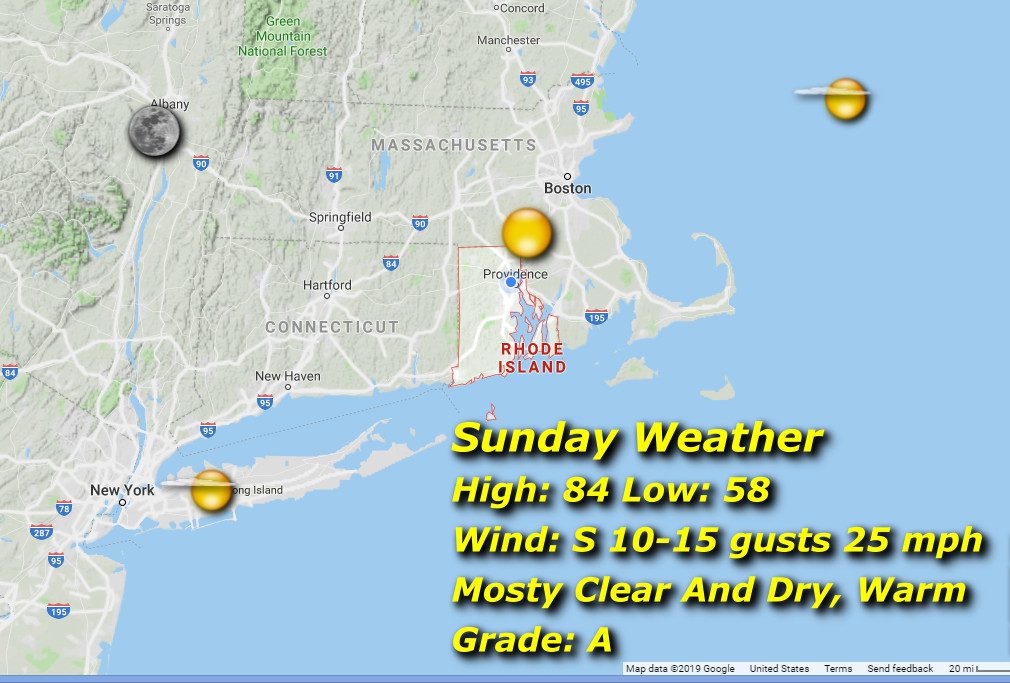 Once the front clears away, drying will occur through the day with only a few clouds here and there. Plenty of sun, and a warmer afternoon, highs in the mid 80’s from a crisp low in the upper 50’s. Winds light and variable in the morning, then turning southerly in the afternoon and once again some gusts reaching around 25 mph.