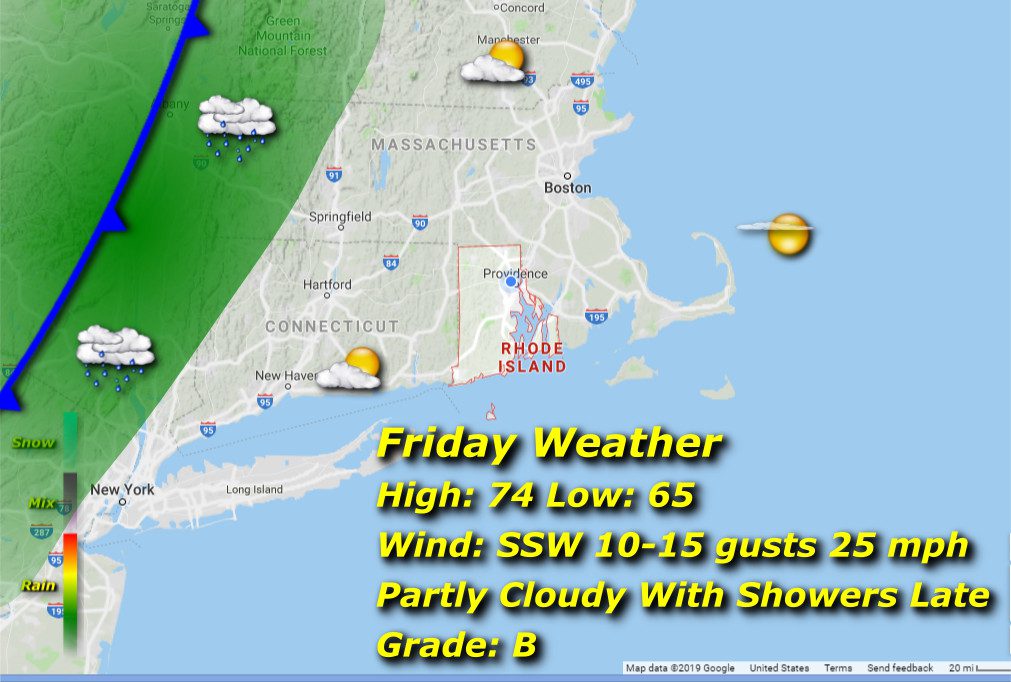 A decent start to the day with partly cloudy skies and a morning low in the mid 60’s. Warming up to the mid 70’s with a southerly breeze gusting into the mid 20’s during the afternoon as cloud cover increases ahead of an approaching cold front.

We’ll probably see some showers beginning around 10 pm and carrying through the night.