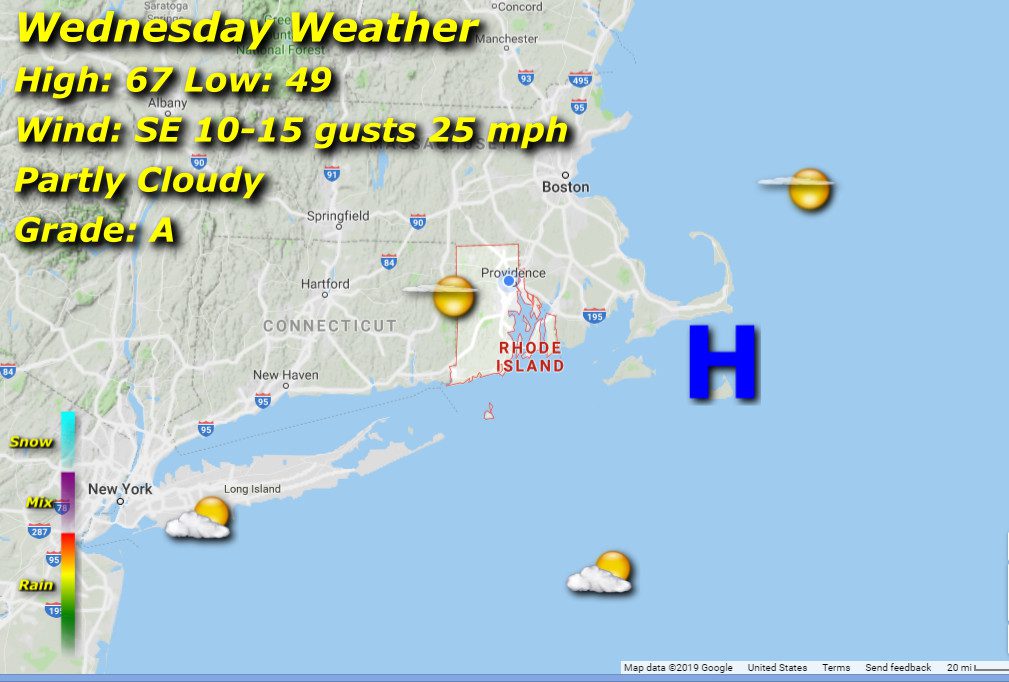 A repeat of yesterday basically, high pressure just to the east with southeasterly winds gusting to 25 mph under a sparsely clouded sky. Chilly morning lows in the upper 40’s warm only to the upper 60’s. No threat of any rain as the low pressure system to the south has been turned away by the high pressure.