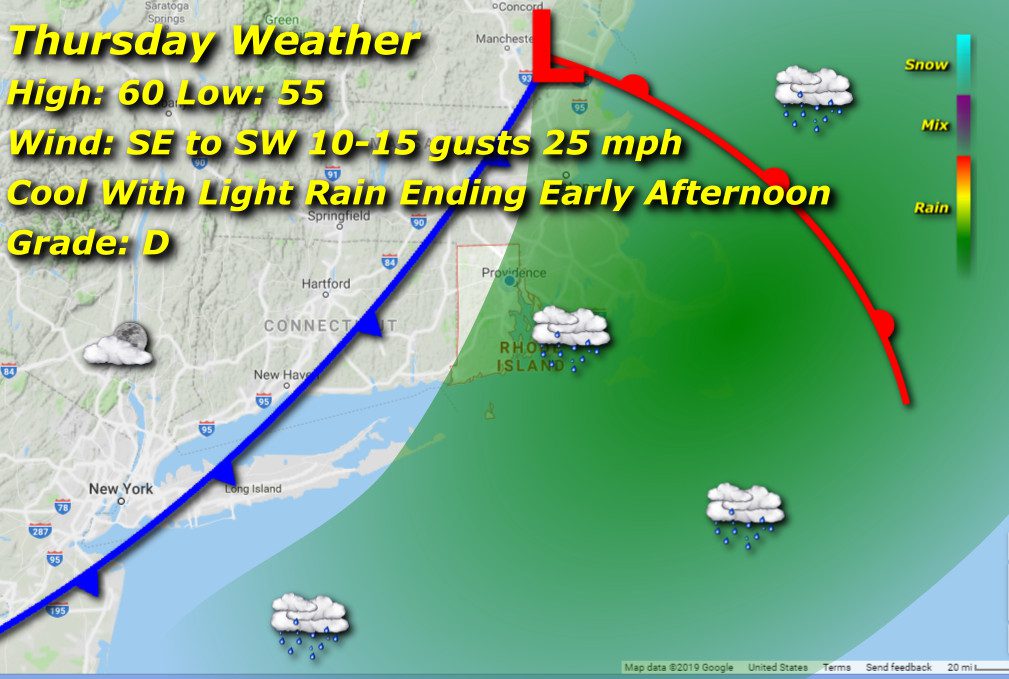 A Low pressure system moves through mainly during the morning with light rain beginning around 5am and carrying through until about 2pm. Low clouds will stick around through the afternoon, and then break up around 7pm, giving us a chance at a pretty cool sunset. Afternoon highs around 60 if we’re lucky, cooling to the mid 50’s in the evening with a breeze shifting from southeasterly to southwesterly.