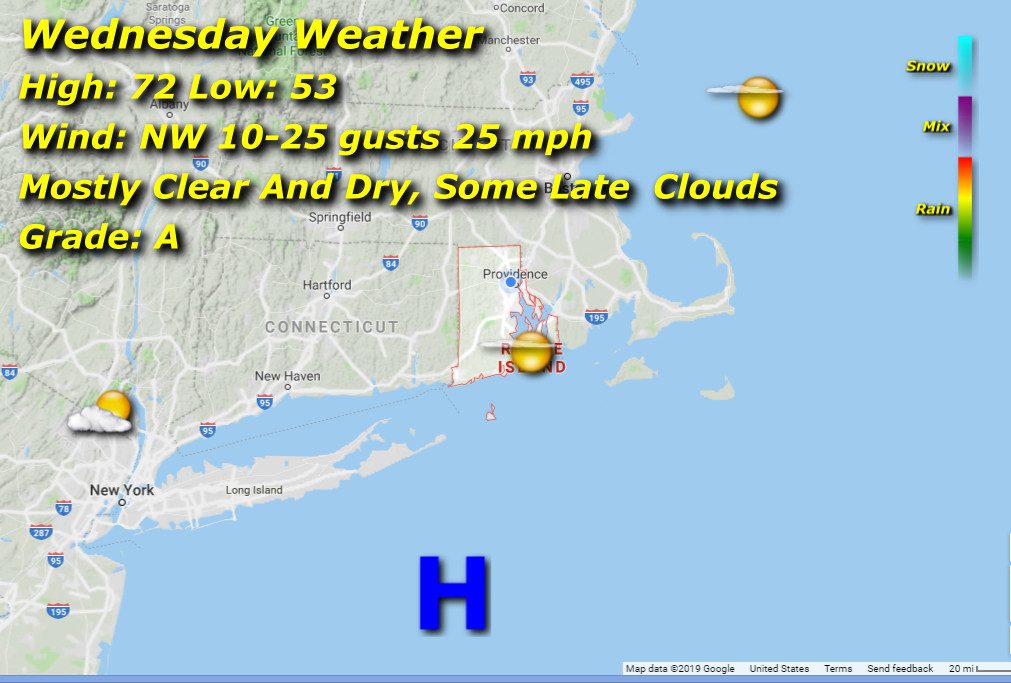 Low dewpoints with high pressure will make for a very pleasant day of mid May weather. Really very nice and boring. Morning lows in the low 50’s rising to the low 70’s in the afternoon under mostly clear skies with the exception of the late afternoon and evening scattered cloud cover. Winds will be generally light of the northwest, gusting only as high as 25 mph.