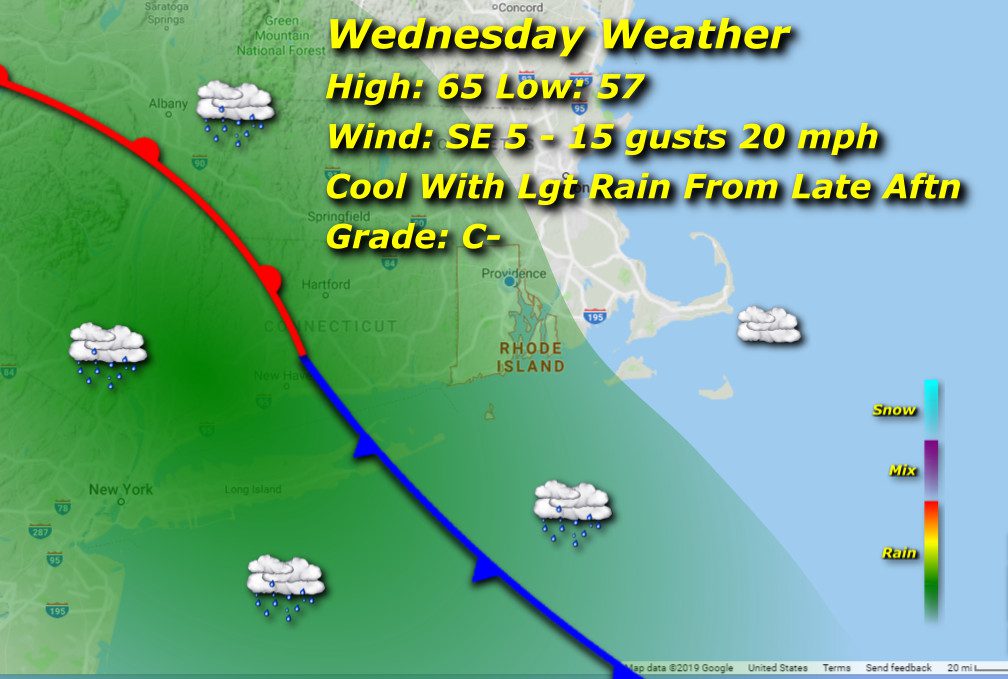 Cloudy and cool through the day with light rain from mid afternoon onward into the night as moisture overruns the frontal system twisting through the northeast US. Light winds start out from the northeast and then swing to southeasterly to feed the front with Atlantic moisture and cool air. Morning and evening lows in the upper 50’s with afternoon highs only reaching the mid 60’s.