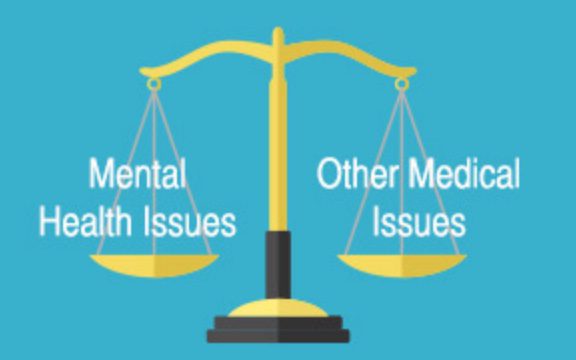 The differential in affordable, accessible care for those with mental health and substance use conditions compared to physical health conditions is a health disparity that needs urgent attention.

In the midst of an opioid epidemic and soaring suicide rates, nationally, and in Rhode Island, patients still find it difficult to access affordable behavioral healthcare (mental health and substance use disorder treatment) under their private insurance plans. A groundbreaking nationwide study by the actuarial firm Milliman shed light on this disturbing trend over a five-year period beginning in 2013 – which documented widening disparities nationally in access to in-network services for mental health and substance use disorder treatment among 37 million employees and their families.

In Rhode Island, the data shows a widening disparity in access to outpatient care. Milliman’s review of outpatient utilization rates in the state demonstrates that in 2017 patients were 4.28 times (428%) more likely to have to go out-of-network for a mental health office visit than for a primary care visit, an increase from 2.28 times (228%) in 2013.

In Rhode Island, mental health professionals received 23.4% less than other specialists for similar billing codes for the evaluation and management of conditions in 2017. While provider shortages have been addressed on the medical side through higher reimbursement, the report demonstrates that health insurers continue to pay mental health professionals less than Medicare allowable rates.

Milliman’s report, released in concert with a coalition of America’s leading mental health and substance use organizations, shows that nationally consumers receive treatment through out-of-network providers at a far greater rate than medical services and that access to in-network care has continued to decline since 2013. Through its review of claims data from hundreds of health insurance plans nationwide, the report found that:

“Rhode Islanders who desperately need help and are legally entitled to it under federal and state mental health parity laws continue to languish without adequate care,” states Laurie-Marie Pisciotta, Executive Director of the Mental Health Association of Rhode Island (MHARI). “Despite the increasing recognition of the importance of mental health to overall health, we are going backwards when it comes to paying for mental health and substance use care.  Increasing out of network usage and low reimbursement rates require immediate action. MHARI is working hard, through our RI Parity Initiative, to demand compliance by insurers and improvements in reimbursement to mental health professionals that are critical to building a system of care that our state can be proud of.”

Sam Salganik, Executive Director of the RI Parent Information Network, home to Rhode Island’s Consumer Health Insurance Helpline, notes, “This report confirms what we already know from working with healthcare consumers every day.  Rhode Islanders still experience so many more barriers accessing behavioral health and substance use services than other medical care.  This is especially troubling given public health challenges like the epidemic of substance use disorder and rising suicide rates.  These access disparities also persist despite the existence of state and federal parity laws designed to prevent them.  We applaud the Office of the Health Insurance Commissioner (OHIC) for prioritizing parity enforcement and we hope that OHIC and other State leaders continue to support and expand upon this important work.  Until our healthcare system adequately values behavioral healthcare, we will continue to see these disparities in access to necessary care.”

A copy of the full report is available at http://www.milliman.com/bowman/