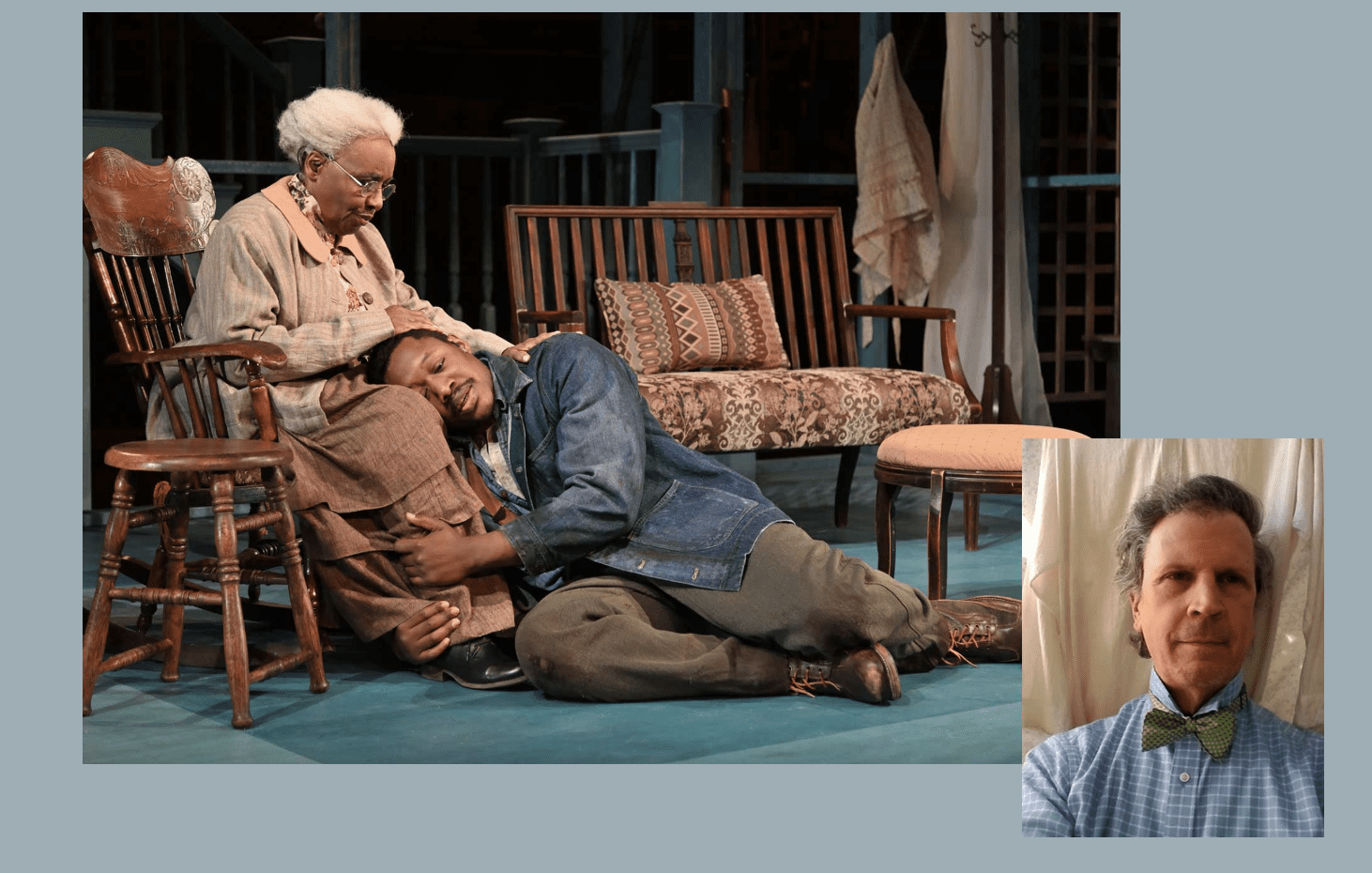 Reflection: Gem of the Ocean, necessary theatre for this time – Robb Dimmick

While written out of sequence, August Wilson’s Gem of the Ocean is the starting point of Wilson’s ten play, century-long cycle. It is also his most humane. Hopeful, musical and magical. And it is the only one to truly place a woman at its center; even the eponymous Ma Rainey isn’t really the core character. And in Trinity Rep’s beautifully realized production (now through 3/27/22), Rose Weaver subsumes the role of Aunt Ester in a homecoming that brings her long career on the Trinity stage full circle.

While all of Wilson’s plays are about family, both the nuclear and the family of man, Gem is the most familial. Cast of disparate characters who live in or routinely visit Ester’s Pittsburgh home, they coalesce as Wilson’s most endearing and functional family, full of love and hope and promise.

The great washer of souls, 285-year-old Ester takes the newly arrived and tortured Citizen Barlow and the entire audience on a journey to the City of Bones in a little paper ship that grounds us in slavery’s brutal beginnings which overshadow the 1904 household.

Weaver’s magnificent portrayal ties us to a legacy of August Wilson plays at Trinity (many of which they have produced) that includes Viola Davis’ first role on its stage in Joe Turner’s Come and Gone (1988); Ed Hall’s title role in the same play (here and on Broadway), a part Wilson specifically wrote for him; and Weaver’s own run in Trinity productions of Ma Rainey and The Piano Lesson.

Weaver’s supporting cast members create a constellation of veteran and new actors who all rise to Wilson’s occasion and make Gem of the Ocean an evening of worthwhile and necessary theatre.

– Robb Dimmick (Dimmick is co-founder of Stages of Freedom, a public scholar, playwright, and director of theatre)