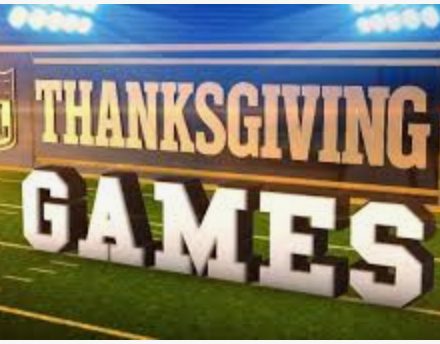 Are You Ready for some FOOTBALL? Well buckle up it’s coming fast and furious! The Thanksgiving holiday is when friends and families get together and count their blessings. It’s also when football is first and foremost on everyone’s minds. From the Pros in the NFL, to the college players, and high schools, and yes to the Pop Warner youth leagues football is squarely in the spotlight.

For the NFL this is the 3-quarterpole in its race to the Super Bowl. This is when the teams begin to separate themselves from the rest of the pack. The contenders from the pretenders, the Patriots, Ravens and yes, the Raiders are looking good in the AFC. In the NFC is still scrambling to figure out who will make it through to the playoffs, the only team looking set is the New Orleans Saints. One thing is certain in the NFL the next 5 weeks will be something to watch, who will emerge as the team to beat? One thing is certain, all bets are off when it comes to the Thanksgiving Day game!

In the college ranks the usual suspects are still teams who will contend for the national Championship, Alabama, Nebraska, LSU, Oklahoma, Notre Dame are all teams in a position to be in the argument of the Nation’s best, and really does anyone truly know how the formula for the National Championship is made? The only college football game that truly interests college football fans is the Army vs Navy game. Then comes the “BOWL” season, there are so many teams playing in Bowl games, it’s hard to figure which one’s matter and which ones don’t. There is one thing for sure, there will be bowl games well into 2020. It makes you wonder where does URI and Bryant University fall in the college football discussion? If they want to be considered a “BIG TIME” college football program, well then bring in Notre Dame or Alabama and then we can take an interest in them, but for now they are a nice little “college” team that has a nice “little” college program as they provide us entertainment in the Fall.

This is the time of year when even the Pop Warner, Pre-Teen and Youth leagues begin to wrap up their seasons. Make no mistake that the competition at this lower youth levels are as fierce as any of the other levels that have been mentioned. Teams such as the Edgewood Eagles, Darlington Braves, CLCF Chiefs and the West Warwick Steelers are wrapping up their seasons as well and for some the season will be extended if they continue to win and travel to their affiliations National Championship tournament.

This is the football season’s “Primetime”, this is the time when starting practice in the 90-degree heat of August is long forgotten. The chilly to downright cold of the late Fall months to the onset of the end of year holiday season coming on fast is the only thing that’s on the mind of every player at every level is keeping their eye on the prize, and when it’s all over and they are the last team standing holding up the Championship trophy, then it becomes mission completed.