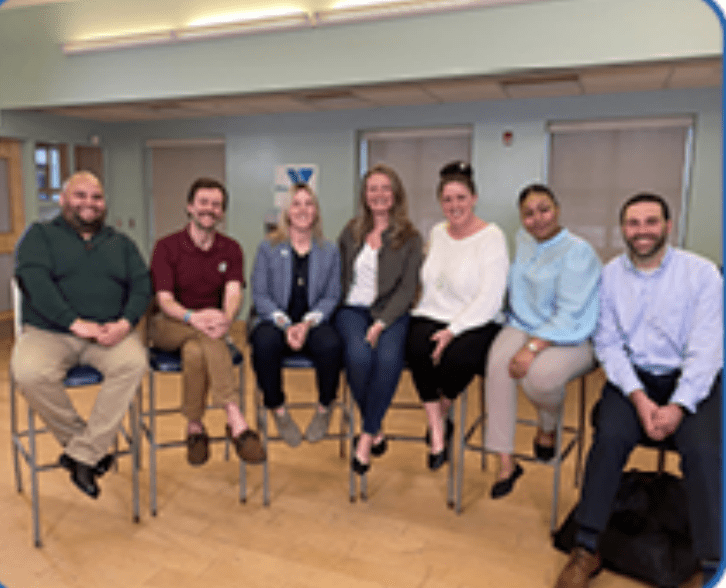 Greater Providence YMCA Board Member and award-winning journalist Mike Montecalvo served as emcee. A common theme throughout the luncheon was the resilience of the YMCA as they continued to serve the community despite 70% of the staff having absences due to COVID-19.

YMCA CEO, Colonel Steve O’Donnell during his welcome remarks addressed the resilience and heroic efforts of the YMCA’s staff. The entire YMCA staff were honored for going above and beyond during the pandemic.

From serving after-school meals to over a thousand children and adults, to providing internet access to the Wiggins Village housing complex residents, to transporting Rhode Island youth to schools with the YMCA vans and to providing meals and toys during the Christmas holiday, it was an all hands on deck at the YMCA.

“We believe we are at the forefront in serving the community” said YMCA CEO, Colonel O’Donnell in closing his remarks.

Coming off a winning season and receiving the Coach of the Year Award, Providence College Men’s Basketball Coach, Ed Cooley, was among the 2022 “Y Heroes” recognized.

Coach Cooley made it clear he was an advocate for the community and mentor to the youth as he applauded the Providence College administration for naming the College’s first African-American head Basketball coach. An alumni of the YMCA Providence himself, Coach Cooley said he was “one of those kids on Prairie Avenue” who grew up at the Y.

“After a long two years, we are thrilled to be able to gather in-person to celebrate some of the most generous and philanthropic members of our Y community,” said O’Donnell. “Each of this year’s heroes has impacted the YMCA of Greater Providence in their own way, whether through time, talent, or treasure, and we are honored to have their support.”

According to organizers of the 150 year old organization, there were over 250 in attendance with an additional audience watching virtually. Y Heroes is the organization’s primary fundraiser with proceeds going towards camp scholarships for children and families in Rhode Island.

To read the program book and view all the sponsors, go to: