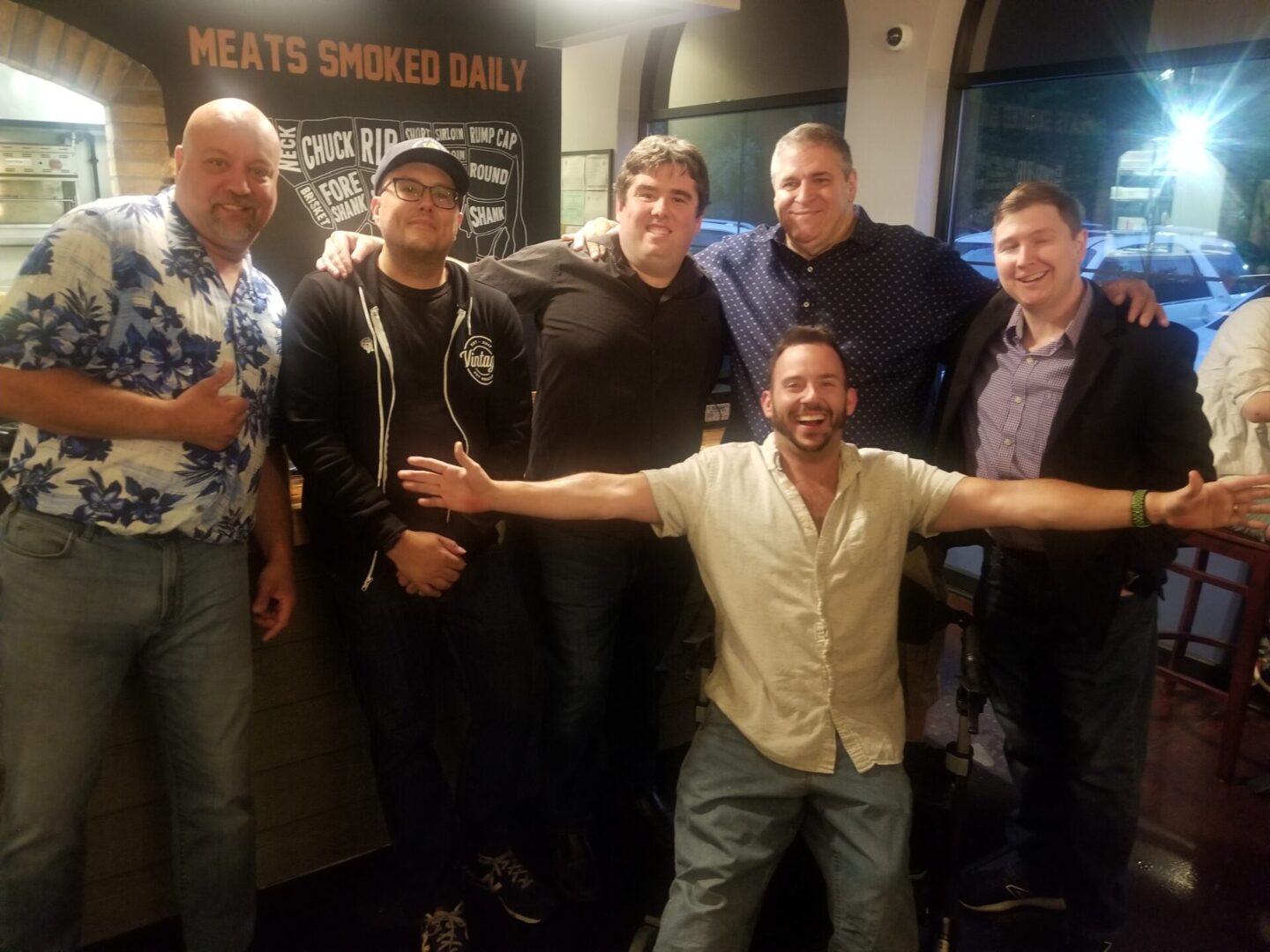 This past Tuesday night, a Standing Room Only crowd enjoyed a night of dining and Stand-Up Comedy at Ohana Backyard BBQ in Coventry.

An impressive line up of talent took the stage including the host, Pat McLoud. The show also featured Aaron Leidecker, Tyler Hittner, Anthony “The Stuttering Comic” Brooks and crowd favorite, Doug Ouimette. The headliner for the evening was none other than John “The Italian Don Rickles” Perrotta. The group delivered a well-paced diverse show. The mix of young and veteran comedians kept the laughs coming from start to finish. I was impressed with the turn out, considering it was a Tuesday night in the middle of summer.

Stand Up Comedy is a tough racket. It takes a lot of courage to get up there and show the crowd what you got. Curiosity was in the air with this being the first event of its kind in the restaurant.

As for the venue, it was set up perfectly with the stage in the center of the room ensuring there was not a bad seat in the house. A special menu was created for the evening. I was seated next to the kitchen door, so I observed a steady flow of appetizers and entrees with ample portions heading out to the tables. The staff of Ohana were on point. They were friendly and worked hard to ensure everyone went home happy.

John Perrotta is quite a character. During his act he mentioned he was a veteran of 30 years doing stand-up. He is also retired from a long career with the Rhode Island Department of Corrections. He has a unique way of teasing the crowd keeping them engaged, but never once went so far as to insult anyone. Like all of the talented performers, he made fun of himself frequently. I enjoyed the show and would recommend checking out the next Comedy Showcase featuring, Brian Beaudoin, when they return on Tuesday, August 2nd, at 7 pm.

For tickets, or more information, you can message Doug Ouimette on Facebook or visit ohanabackyardbbq.com.