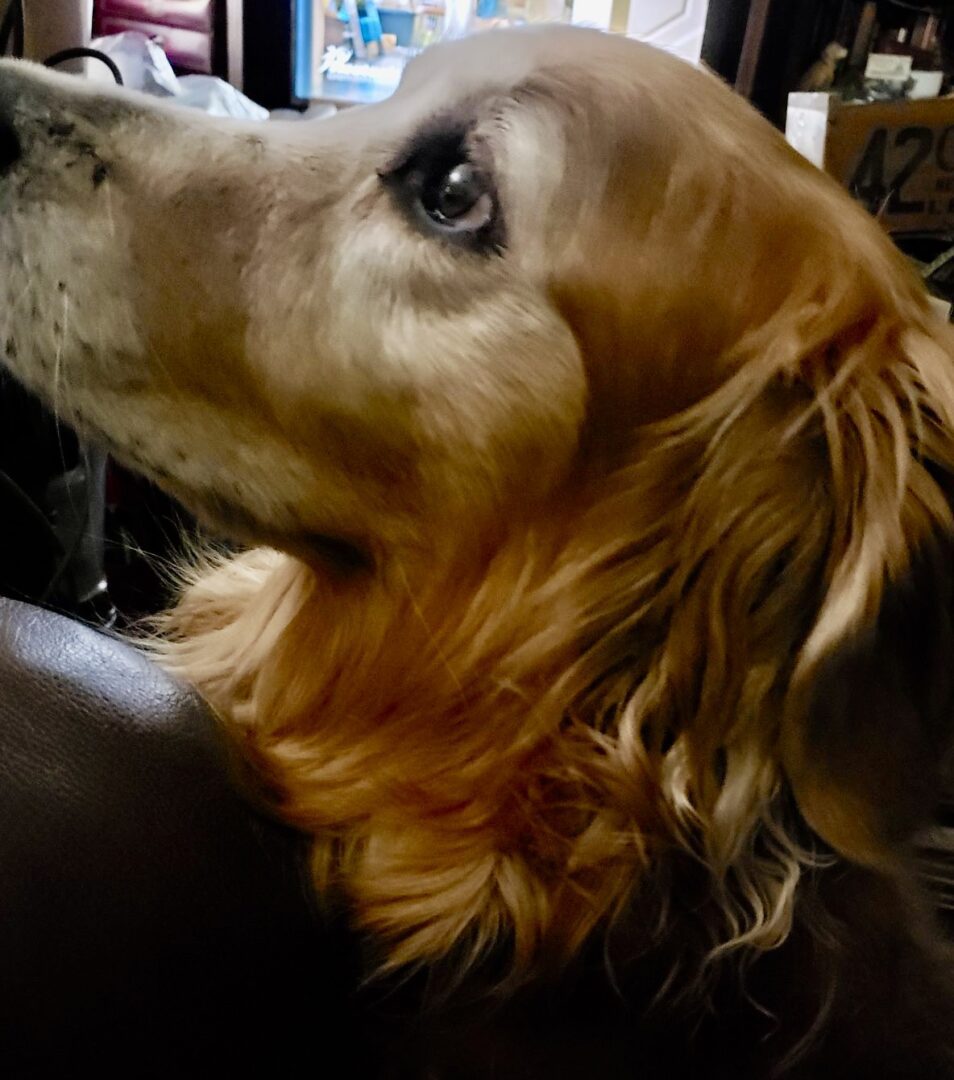 Off-season writing can be challenging when trying to come up with topics. Also challenging is trying to type.  The header photo is Jada demanding attention from me while I try to work. Good thing I have two hands. One to operate the electronics and one to scratch Jada behind the ears.

Received an email today that is a questionnaire from Alex Fish of the RI DEM and also a Pheasant survey.  I recommend completing the survey as the DEM is always looking for input. My two thoughts were adding more cover to the Carolina South Fields, Big River’s Sweet Sawmill East Field, Sisters Farm, and Woodmansee Farm. In these pictures one can see that the grass cover is rather thin. I also added that reducing the Coyote population is imperative as well.

Some folks have already filled their questionnaire out as well. Stay in contact with the DEM on the cover issue as some of you agree with the suggestion. Stay on it even in the spring during planting season.

For a time, ice fishing was rocking as there was some healthy pond ice around 7 inches or more. A lot of folks did well over the last two weeks catching Largemouth Bass, Trout, both Rainbow and Brook trout, Pike and Crappies. Some people used tip ups or as Mainers call them Fish Traps. And many folks jigged for them as well. This writer has never jigged for fish on the ice, but has witnessed the technique, and many folks do very well. Some have mastered the art and pull fish out one right after the other.  In another life an acquaintance pulled yellow perch out of a lake in Dexter, Maine, and piled them up like kindling.  Pretty soon the ice shanty started to fill up with perch.

Old School folks like to see that flag of a tip up go up and watch the spool peeling off line. Every once in a while, one pulls in a nice Brookie like the one pictured. That same fish launched the orange flag in the next picture.

The ice will take a beating over the next 24 hours so be safe and really check the ice before you go out.