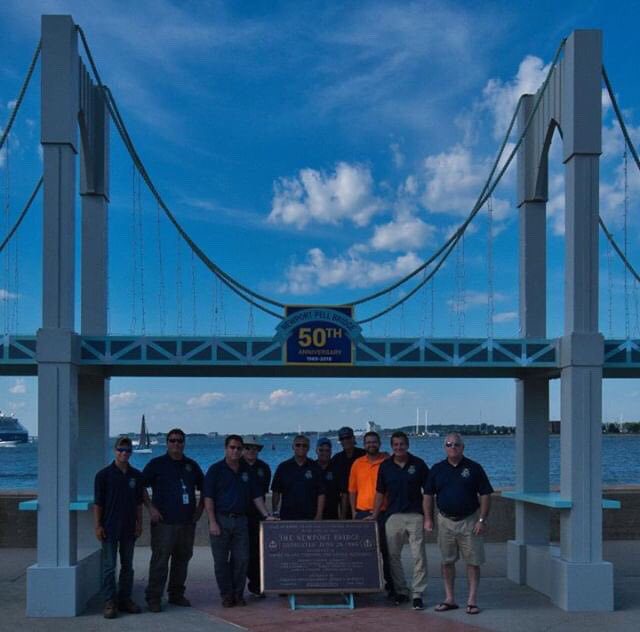 Today may be the first day the Newport Bridge changes are truly noticeable, as so many of us had Monday off from work. Yesterday began Phase II of the rehab of the bridge, with RITBA replacing approximately 4,500 feet of the bridge deck, with the project being referred to as multi-year and multi-phase, continuing from 2017.

Phase I began in May:

Phase II is hydro demolition work and replacement of the bridge deck. Permanent lane closures will be required, and travel speeds will be reduced to 25 miles per hour, with construction happening “day and night”. During rush hour travel, RITBA will use a new traffic pattern to lessen traffic delays.

At non-rush time, there will be only one lane open in both directions.

Overwide (exceeding 8 feet 6 inches) and overweight trucks (over 80,000 pounds gross vehicle weight) are prohibited from crossing the bridge during this phase.

The evaluation performed by RITBA on the condition of the bridge resulted in the current focus of work on the 4,500 feet of the bridge, which is being done by Aetna Bridge Company, a Warwick based company. The contract is for 19 million dollars and includes stiff financial penalties if the contractor does not meet the December 2020 completion date.

After completion of this contract, RITBA will delay further work on the replacement of the bridge deck as RIDOT will then commence its major renovations to the ramps and access to the bridge in Newport. RIDOT has worked with the City of Newport in the planning for the “Newport Ramp” project as a more efficient road and bridge access alignment will open up high quality land for development.

To learn more about this project and access real-time traffic updates, and view video simulations of what to expect while driving over the bridge at rush-hour and non-rush hour times, go to: www.ritba.org.