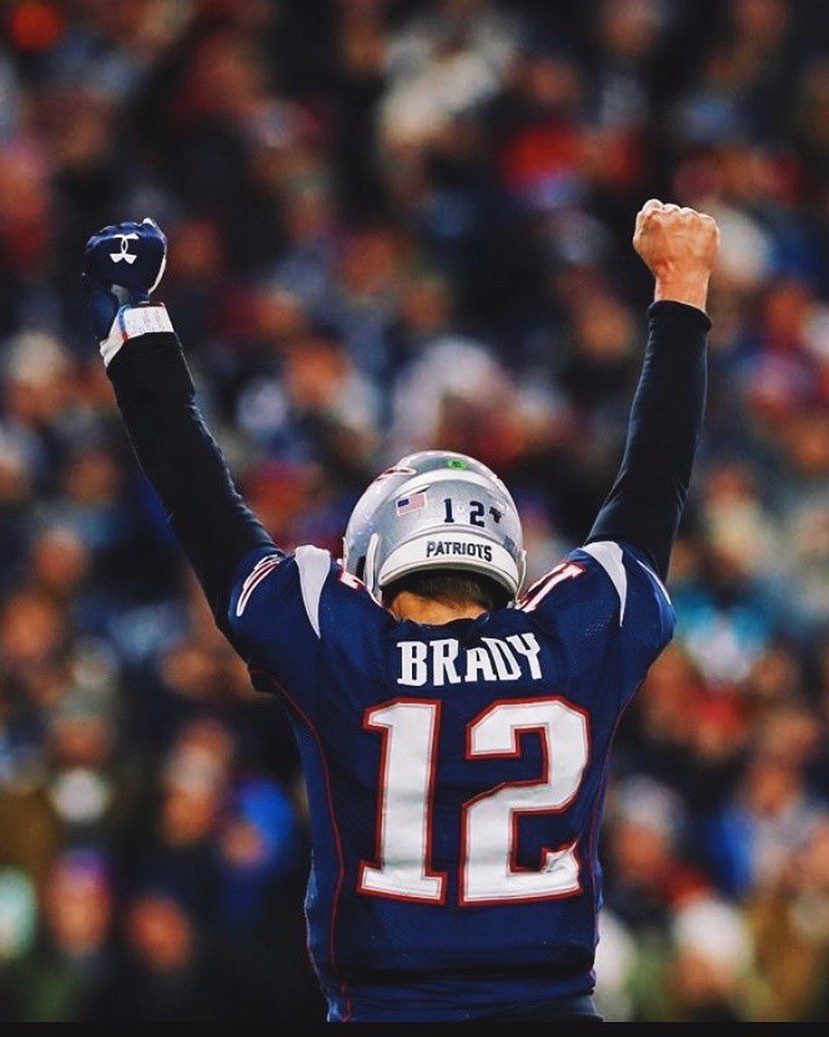 New England Patriots Retrospect – Part 2: What does the future hold?

Part 2 of our series picks up with the G.O.A.T., Tom Brady, the quarterback the Patriots drafted in the 6th round out of Michigan, seeing something in him that nobody else saw. If anyone learned anything from watching Bill Belichick work his magic, it is that Bill always has a plan. However, Brady looked to be stuck behind Patriot favorite Drew Bledsoe at third on the dept chart. But Moe Lewis of the New York Jets was about to change the future for both Bledsoe and Brady with one hit.

In an AFC East Division game in the heated rivalry between the Patriots and Jets, Bledsoe scrambled when the play that was called broke down, Jets linebacker Moe Lewis hit Bledsoe so hard it sent Bledsoe to the hospital and into the history pages of the New England Patriots. Enter a young Tom Brady who refused to give up his newly obtained starting role, it essentially sent Bledsoe’s career to Buffalo and to Dallas in an unremarkable end of his career.

As a New England Patriot, Bledsoe was a fan and a Kraft family favorite, leading them to their second Super Bowl (loss) against the Green Bay Packers and ran parallel to Bill Parcells career in New England. But business was business and Coach Belichick “moved on to Tom”. All Tom Brady did was to be selected to numerous Pro Bowl’s, named the NFL’s MVP a few times and oh yea he led the Patriots to 9 Super Bowls, winning 6 of them and even marrying a super model, for Brady and the Patriots, life was good!

New England became an NFL powerhouse! And the fans finally had a quarterback that can stand with the greatest of all time. Brady could stand with and outshine Bart Starr, Terry Bradshaw, Steve Young, Joe Namath, Troy Aikman and yes even his boy hood idol Joe “Cool” Montana. Brady even pushed back those who wanted to be him, like Dan Marino, John Elway, Brett Favre, Peyton Manning and Drew Brees. As often as these superstars wanted to claim being the best quarterback ever, all Brady had to say was say “scoreboard!” For twenty-five years the Patriots were on top of the NFL mountain, while letting the good times roll! There were clouds however, on the horizon, Coach Belichick realized that his aging superstar quarterback had only a few good years ahead of him, that the grind of a remarkable 20-year career and the hits will begin to take a toll before retirement claims his remarkably sturdy quarterback. A 2nd round draft pick (the 62nd of the draft) was used by the Patriots in 2014 to select Jimmy Garoppolo who was the quarterback for Eastern Illinois. The coach had his future quarterback, the only problem was that the coaches’ current quarterback wasn’t ready to step aside or retire and Garoppolo’s playing time behind Brady was virtually nonexistent.

Garoppolo did get a chance to start when Tom Brady was punished for his part in the “deflate-gate” scandal, where Brady was said to have instructed the equipment managers to reduce the required air pressure of the footballs. This would enable Brady to get a better grip on the balls in the colder weather. After an investigation, the NFL determined that Brady was guilty and was to serve a 4-game suspension. Garoppolo finally had his opportunity to show Patriots Nation what he had and how the future looked, winning the first two games the Patriots didn’t miss a beat, in the teams third game, Jimmy G was knocked out of the next game only to never return as the Patriots starting Quarterback ever again. Brady returned and led the Patriots to their 5th Super Bowl, and at 39-years old Brady declared that he wanted to play another 5 years.

That statement, although popular with the Patriot faithful (and the ownership), messed up the plans of Coach Belichick who wanted the future to be now. Not being supported by the Krafts in this Quarterback issue, the coach dealt Garoppolo for very little in return to the San Francisco 49ers in 2017. An injury to Garoppolo in his first year at San Francisco and Brady’s continued success made it look like the aging QB could play if he wanted at the highest level as long as he wanted. Brady led his Patriots to their 6th Super Bowl win over the Los Angeles Rams in 2018-19.

That brings us to where we are today, the 2019-20 Patriots fresh off their Super Bowl win blasted off and went 10-0 to start the season. The defense was a force and special teams excellent. The Offense however was a totally different story. Going into the season without an all-round tight end (after Rob Gronkowski retired), a suspect offensive line and running backs that were going to have less than average seasons, the Patriots offensive machine sputtered and without a consistent aerial attack, Tom Brady looked, well, like a 42 year old man playing quarterback. Not to lay all the blame at the feet of Tom Brady, but in total clarity, Tom refused to attend “mini-camps” which would have helped in his connection with his new receivers.

Throughout the season they never did appear to be on the same page. His favorite target Julian Edelman played hurt most of the season and was slowed down to a crawl. The talented Antonio Brown proved to be a huge disappointment with his inability to conduct himself as an adult off the field and Josh Gordon could never get on track, both had to go. One was released and the other traded away. This didn’t help the Patriots offense at all, and Tom Brady just completed his worst season that any Patriot fan could ever remember.

Today, the reality is the Patriots will need to get a new Quarterback, but they need to keep Tom Brady who is still a very good Quarterback around a few more years; but a long term contract should not be in the cards and the Patriots need to move off him and get the next Quarterback lined up whether through the draft or a trade. Tom needs to put on his “big boy” pants and gracefully go into the sunset as all the great Boston based athletes have and retire from the team that he began with the Patriots. Tom Brady will always be an area icon and legend for all time.

What Brady must remember is that all those legendary quarterbacks that hung on too long will always be remembered for what they were at the end and not for the greatness that they provided; just ask Brett Favre, Joe Montana and Payton Manning.

It’s getting time for Brady to let go, and for the Patriots to find his replacement. Brady’s grade for the season is a C, too many interceptions, too many stalled drives, and many poor decisions, and most importantly, an unwillingness to help improve those around him. For Brady, he can cement his place as the most beloved athlete in New England sports history, stay on two more years, mentor the heir apparent, step aside and retire as a NEW ENGLAND PATRIOT and all will be right in Patriot Nation and also for the Brady bunch!

The future for the Patriots? Well they will fall back a bit; new personnel will have to come in and help ignite the franchise. It may take a few, but the Patriots will need to find another franchise Quarterback. One thing is for certain is that if the current ownership remains in place and even if Bill Belichick moves up to the Vice President/General Manager, and say they select Josh McDaniels as the next head coach, one things is certain, the Patriots post-dynasty drop off will be a lot shorter than the San Francisco 49ers, the Pittsburgh Steelers, and the Dallas Cowboys!