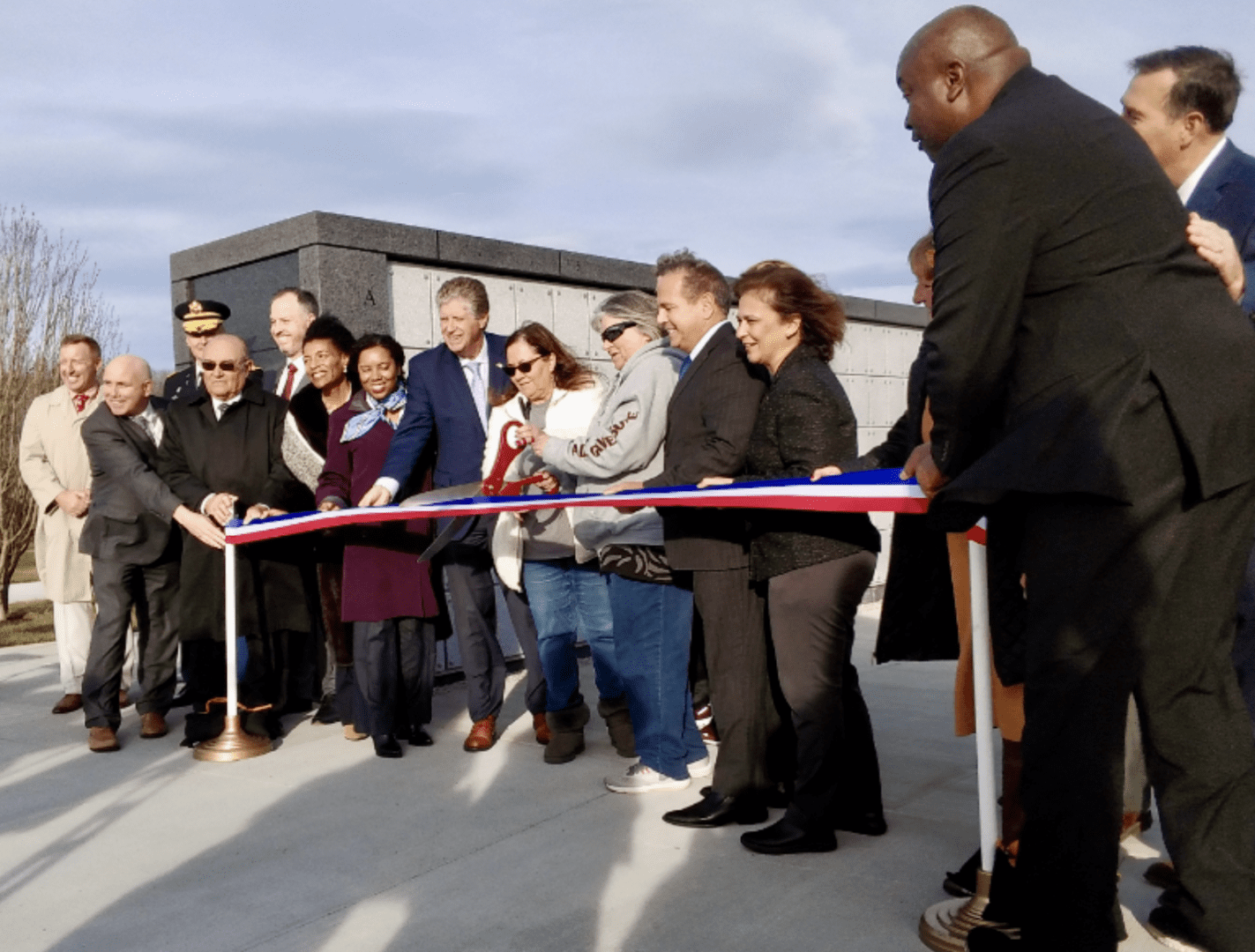 Did you know the Veteran’s spouse could be buried, first, at the Exeter Cemetery?

Did you know a Veteran can pre-register for the Veterans Cemetery?

The columbarium is a structure for the respectful and usually public storage of funeral urns, holding cremated remains of the deceased.

Bessel recognized and called Victoria Celestin to stand. The attendees applauded Celestin as Bessel detailed her role in securing the grant and leading the project for the short 11 months she was working on the project.

Celestin is a veteran who was enrolled in the Veterans Administration vocational readiness & employment program/ NPWE (Non-Paid Work Experience)  https://benefits.va.gov/BENEFITS/factsheets/vocrehab/Non-paidWorkExperience.pdf

Celestin was introduced and encouraged to participate in the NPWE program by other veterans assisting her from the VET4YOU organization. VET4YOU is a non-profit veteran owned company.

“I was unable to secure a position as a project manager after the VA funded my education,” said Celestin.” If I was not told about the program by VET4YOU, I would not have known about and approached the VA about the option.”

After 11 months working as the project manager, Celestin secured a job at Raytheon, in Portsmouth, Rhode Island.

“After 2 years of training and mentoring from Get It Done Consulting, and almost 100 job applications, I was ready to throw in the towel to secure a job as a project manager, “ said Celestin.

Get is Done Consulting, https://www.getitdoneconsulting.com is an authorized VA training program, and continue mentoring Celestin while she was working on the project at the cemetery.

Bessel rattled off the other partnering private and public entities that made this project come to fruition.

Bessel thanked the Rhode Island congressional delegation for the assistance in obtaining the estimated 1-million-dollar grant to complete phase 1 of the expansion of the cemetery.

The State of Rhode island has over 60,000 veterans eligible for burial at the cemetery, http://www.vets.ri.gov/Documents/RIVMC%20Interment%20Application.pdf.

The Rhode Island Veterans Memorial Cemetery in Exeter spans 280 acres and serves as a final resting place for over 25,240 Rhode Island veterans who have served their country honorably and more than 12,600 of their eligible dependents. The grounds of the cemetery include 31 memorials dedicated to veterans of specific wars and conflicts, honoring those service members who are interred beyond these hallowed grounds. The cemetery was opened in 1976 and is 90 acres in size.

Wreaths Across America – in Rhode Island

Note: The Rhode Island Veterans Memorial Cemetery will host the Wreaths Across America ceremony on Saturday, December 18th at 12:00 noon. The ceremony will be in the tent across from the WWII Memorial. After the ceremony volunteers can help place the wreaths in Sections J4, J5, J6 and J7.