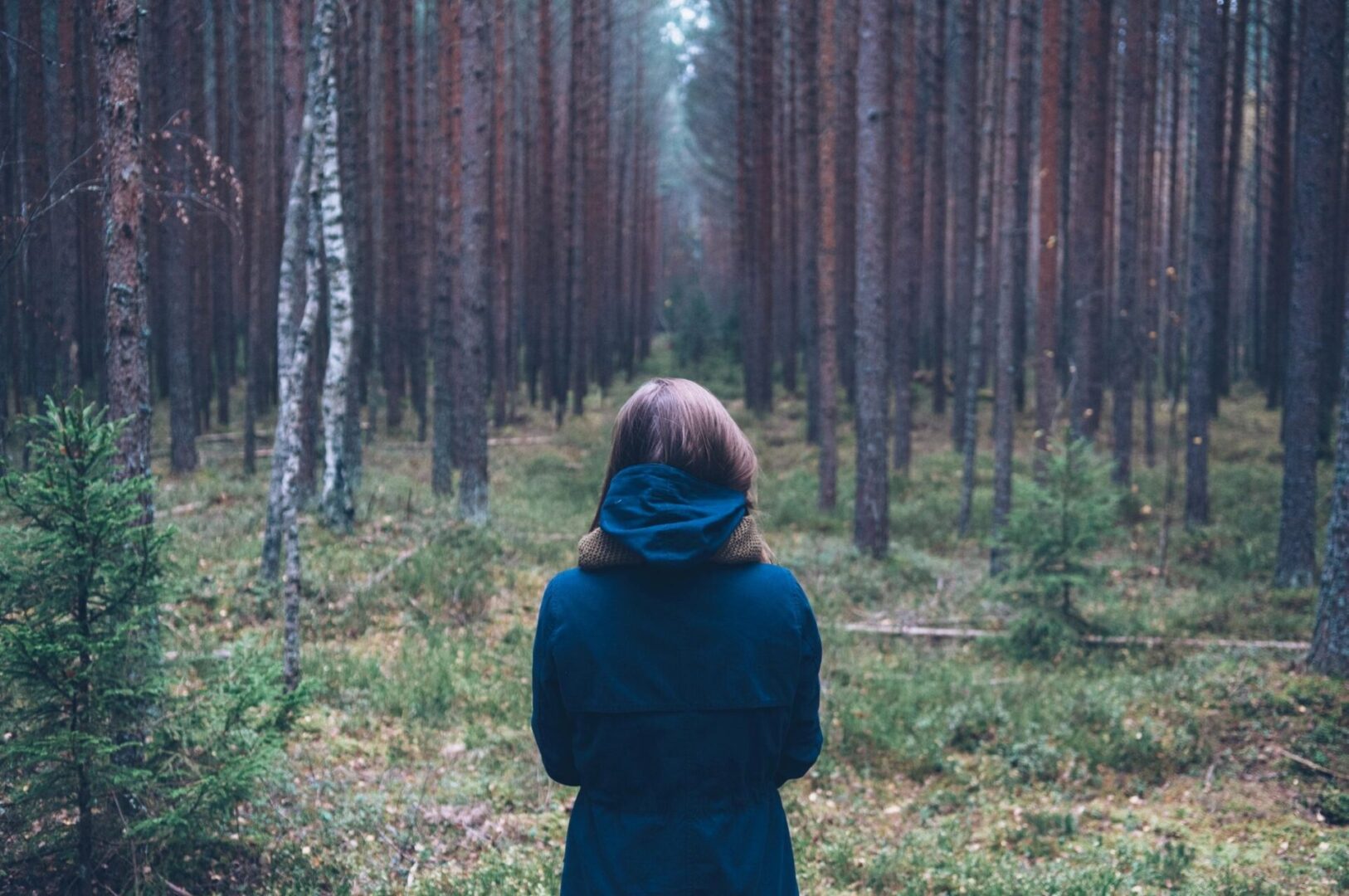 Never forgetting will help us keep the promise of “never again.” – by Herb Weiss

Never forgetting will help us keep the promise of “never again.”

During a Pro-Trump rally, as thousands of rioters swarmed the US Capitol on Jan. 6, Robert Keith Packer, sporting an unkempt beard, came wearing a black hoodie sweatshirt emblazoned with the phrase “Camp Auschwitz,” in white letters, the name of the most infamous of the many Nazi concentration camps where 1.1 million people were murdered during World War II.  Under a skull and bones at the bottom of his shirt was the phrase, “Work brings Freedom,” a loose translation of the phrase “Arbeit macht frei” that was inscribed above the main entrance gate at Auschwitz and other concentration camps’ gates.

Packer’s image, 56, a former welder and pipefitter, was circulated widely on social media and by newspapers, evoking shock and disbelief.

Packer, a resident of Newport News, Virginia, was not the only anti-Semitic rioter that day, according to a report released by the Miller Center for Community Protection and Resilience at Rutgers University-New Brunswick and the Network Contagion Research Institute. The report identified at least half a dozen neo-Nazi or white supremacist groups involved in the failed Capitol Insurrection who had also attended President Trump’s “Save America” rally speech.

In recent years, anti-Semitic incidents have become more common in the Ocean State.

In 2017, the Providence Journal reported that the New England chapter of the Anti-Defamation League recorded 13 incidents of anti-Semitism in Rhode Island. Nazi swastikas were painted on a Providence building, at Broad Rock Middle School in North Kingstown, and even at a Pawtucket synagogue.

Anti-Semitism is Nothing New

But, anti-Semitism, exhibited at the “Save America” rally, has been in our country since its founding, and in fact, has been around western societies for centuries.  Over three years ago, torch marchers, some wearing Nazi-style helmets, carrying clubs, sticks and round makeshift shields emblazoned with swastikas and other Fascist symbols, and others entered the one-block square in downtown Charlottesville, Virginia, to protect a controversial Confederate monument, chanting “Jews will not replace us” and “Blood and Soil” (a Nazi rallying cry).

The Anti-Defamation League’s (ADL) 2014 Global Index of Anti-Semitism documented world-wide anti-Semitism. The survey found that more than 1 billion people – nearly one in eight – around the world harbor anti-Semitic attitudes. Carried out by First International Resources and commissioned by the ADL, this landmark survey included 53,100 adults in 102 countries representing 88 percent of the world’s adult population.

Over 30 percent of those surveyed said it was ‘probably true’ that Jews have too much control over financial markets, that Jews think they are better than other people, that Jews are disloyal to their country, and that people hate Jews because of the way that Jews behave.

Most troubling, the ADL study found a large gap between seniors who know and lived through the horrendous events of World War II, and younger adults who, some 75 years after the Holocaust, are more likely to have heard of or learned that six million Jews were exterminated by the Nazis’ “Final Solution.” Nearly half of those surveyed claim to have never heard of the Holocaust and only a third believe historical accounts are accurate.

Gearing Up to Fight Antisemitism

On Jan. 14, the American Jewish Congress (AJC), a global Jewish advocacy organization, briefed the FBI on the continuing threats of anti-Semitism to the nation.

“Antisemitism fundamentally is not only a Jewish problem; it is a societal one. It is a reflection on the declining health of our society,” Holly Huffnagle, AJC’s U.S. Director for Combating Antisemitism, told the FBI officials on a video conference briefing. “Education is essential, to clarify what constitutes antisemitism, the various sources of this hatred, and what effective tools are available for law enforcement to fight antisemitism,” she said.

The presentation of AJC’s second annual report on antisemitism in the U.S. took place in the wake of the January 6 assault on Capitol Hill, where anti-Semitic images and threats were openly conveyed by some of the rioters.

AJC’s 2020 report, based on parallel surveys of the American Jewish and general populations, revealed that 88 percent of Jews considered antisemitism a problem today in the U.S., 37 percent had personally been victims of antisemitism over the past five years and 31 percent had taken measures to conceal their Jewishness in public.

In the first-ever survey of the general U.S. population on antisemitism, AJC found a stunning lack of awareness of antisemitism. Nearly half of all Americans said they had either never heard the term “antisemitism” (21 percent) or are familiar with the word but not sure what it means (25 percent).

The AJC experts praised the FBI for its annual Hate Crimes Statistics report, which provides vital data on antisemitism. The latest report found 60.2 percent of religious bias hate crimes targeted Jews in 2019. But the report historically has not provided a full picture of the extent of hate crimes, since reporting by local law enforcement agencies is not mandatory.

To improve the monitoring and reporting of hate crimes, AJC continues to advocate for passage of the Jabara-Heyer National Opposition to Hate, Assaults, and Threats to Equality (NO HATE) Act. This measure will incentivize state and local law enforcement authorities to improve hate crime reporting by making grants available and managed through the Department of Justice.

In addition, AJC is asking the FBI to use the International Holocaust Remembrance Alliance (IHRA) Working Definition of Antisemitism as an educational tool. The definition offers a clear and comprehensive description of antisemitism in its various forms, including hatred and discrimination against Jews, and Holocaust denial.

FBI officials in the Bureau’s Civil Rights Unit, Intelligence Division, and Community Outreach Program, among others, participated in the AJC briefing.

Keeping the memory alive about the Holocaust is key to fighting antisemitism, says Andy Hollinger, Director of Communications, for the United States Holocaust Memorial Museum (USHMM). “”We are seeing a disturbing trend in the rise of antisemitism and the open display of neo-Nazi symbols, most recently at the attack on the U.S. Capitol. This is a long-time problem requiring a long-time solution. We must remember. Education is key. We must learn from this history-learn about the dangers of unchecked hatred and antisemitism. And we must not be silent,” he says.

Adds Bill Benson, who has interviewed Holocaust Survivors before live audiences at the USHMM’s First Person program for more than 2 decades, observes that the majority of those visiting the museum are not Jewish and many of have little familiarity with the Holocaust, and as a result of their visit are profoundly affected by their experience. “The USHMM provides an extraordinary avenue for educating the general public about the Holocaust and anti-Semitism for those millions who visit it, but it is essential that many millions more learn the truth about anti-Semitism and that must done through our educational systems,” he notes.

A 2009 report, “Jewish Survivors of the Holocaust Residing in the United States Estimates & Projections: 2010 – 2030,” prepared by the Berman Institute-North American Jewish Data Bank, for the Conference on Jewish Material Claims Against Germany, estimated that 36,800 Holocaust survivors would still be living by 2025. As the number of survivors who witnessed the horrors of Genocide and the Holocaust during World War II continues to dwindle, a growing number of states, including Alabama, Florida, Georgia, Illinois, New Jersey, Ohio, and Texas, and have established Commissions to keep this knowledge alive to millennials, GenZ and  younger generations through educational programming and raise awareness through public education and community events to provide appropriate memorialization of the Holocaust on a regular basis throughout the state.

If the Rhode Island General Assembly legislates the establishment of a Rhode Island Genocide and Holocaust Education Commission, its motto might just be, “Never forgetting” will help us keep the promise of “never again.”