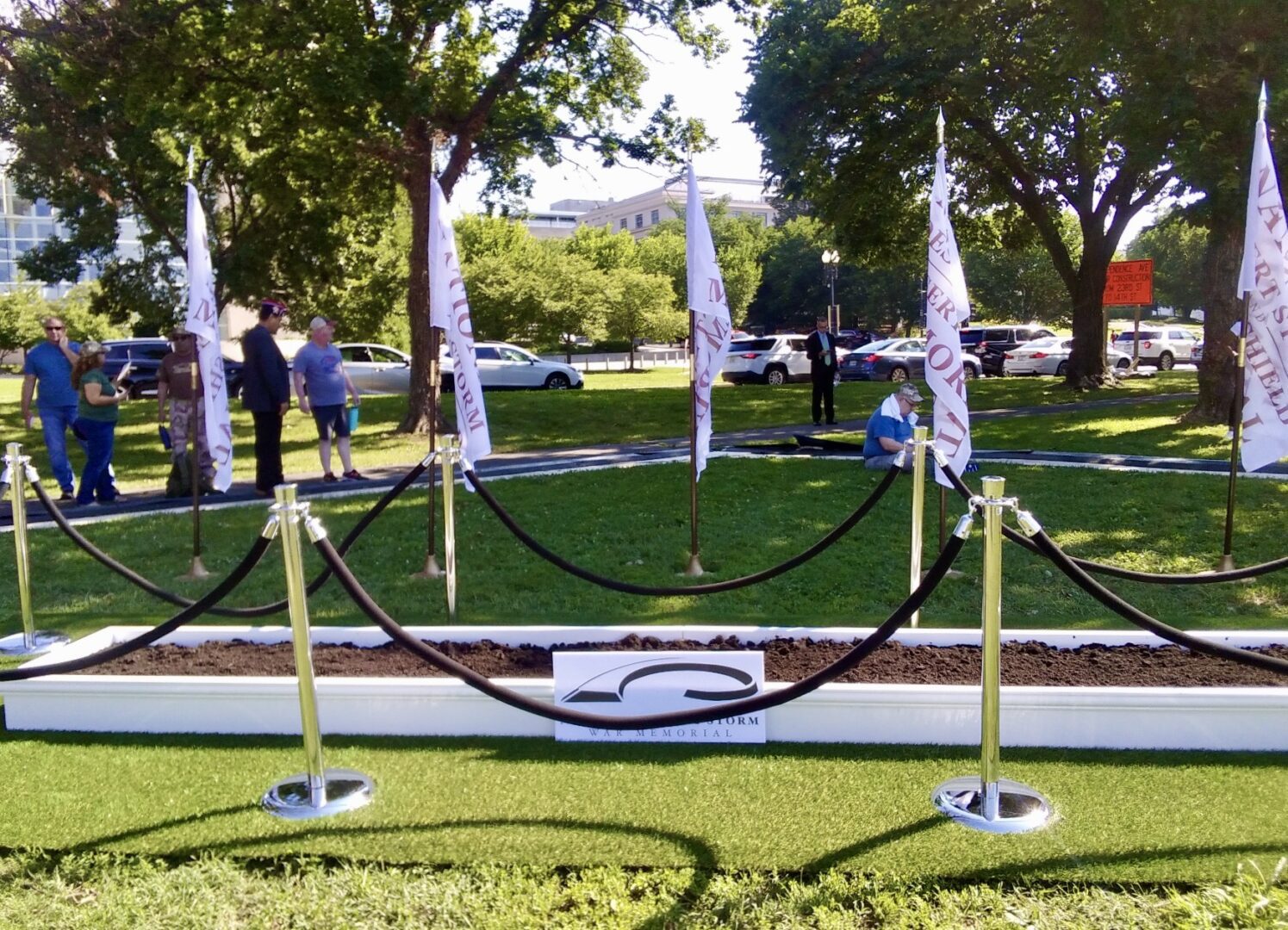 Over 31 years ago, hundreds of Rhode Islanders were part of a U.S. led international military coalition expelling occupying Iraqi troops from Kuwait. Now planners have broken ground on the long-simmering plans for a Gulf War memorial. The memorial will become the 18th memorial in the nation’s capital and be a stone’s throw away from the Lincoln Memorial.

Several hundreds of Desert Storm and Desert Shield Veterans, Gold Star mothers and sons, and dignities gathered Thursday morning for a ground-breaking ceremony at the corner of Constitution and 23rd streets, where the memorial will be located.

Organizers have pushed to create the memorial for years, after the concept was approved by Congress in 2014 with bi-partsian support of 370-0.  In 2017, President Donald Trump signed off on a site for the memorial that is not technically on the National Mall but is still in a prime location off Constitution Avenue, about 300 yards from the Lincoln Memorial, and across a driveway from the Vietnam Veterans Memorial.

“We’re here because we all agree that honoring these American warriors is a worthy cause,” said Sen. John Boozman, R-Ark., who co-authored the legislation authorizing the memorial’s construction. He called the conflict “an important moment in our nation’s tradition of fighting tyranny.”

Among the guest and speakers was Salem Abdjullah Al-Sabah, Ambassador of the State of Kuwait who has been a staunch supporter of the monument and ensured that Kuwait leadership were kept informed of the status of the monument. Kuwait had already committed over $10 million dollars for the monument, however, knowing millions more were required to move the project forward, Al-Sabah engaged his government for millions more in March 2022 to move the project for the groundbreaking to occur.

“Special feeling to me and everyone in Kuwait, ” Al Sabah said, “Our gratitude to U.S and everlasting gratitude to those soldiers who gave Kuwait homeland back.”

RINEWSTODAY.com interviewed Desert Storm and Shield veterans from all over the United States. The message was clear and all the veterans told us their debt of gratitude to the government of Kuwait for committing millions of dollars to building the monument. Without the Kuwait government’s financial support, today’s ground breaking would not have happened.

“Its huge, Kuwait’s commitment; they have not forgotten in their moment of need, we were there for them. Our moment of need to have this memorial completed in our lifetime, they are there for us,” said Desert Storm / Shield veteran Bobby Wolz, who served with the 69th Chemical, 1st Armor Division.

McCarroll served with HWB 2/2 ACR in Bamberg, Germany before being deployed to Kuwait as part of the multi-nation collation in less than 100 days returned the country of Kuwait back into the hands of the Kuwaitis.

The tentative design for the memorial will be semicircular to recall the “left hook” by U.S. ground forces through the Saudi desert to cut off Iraqi troops in Desert Storm.

The U.S.-led mission to expel Iraqi invaders from Kuwait began on Jan. 17, 1991, with a massive aerial and naval bombardment that lasted five weeks, followed by a ground assault that lasted 100 hours until Iraq capitulated.

The memorial’s design commemorates the historical significance of Operation Desert Shield and Operation Desert Storm and honors the service and sacrifice of military personnel who liberated Kuwait from Iraq and defended Saudi Arabia and the Arabian Peninsula from further invasion.

The plan now is to have a dedication ceremony for the memorial on Veterans Day 2024.

For more information about the National Desert Storm Memorial Association and to stay updated on the Memorial’s construction, click here.