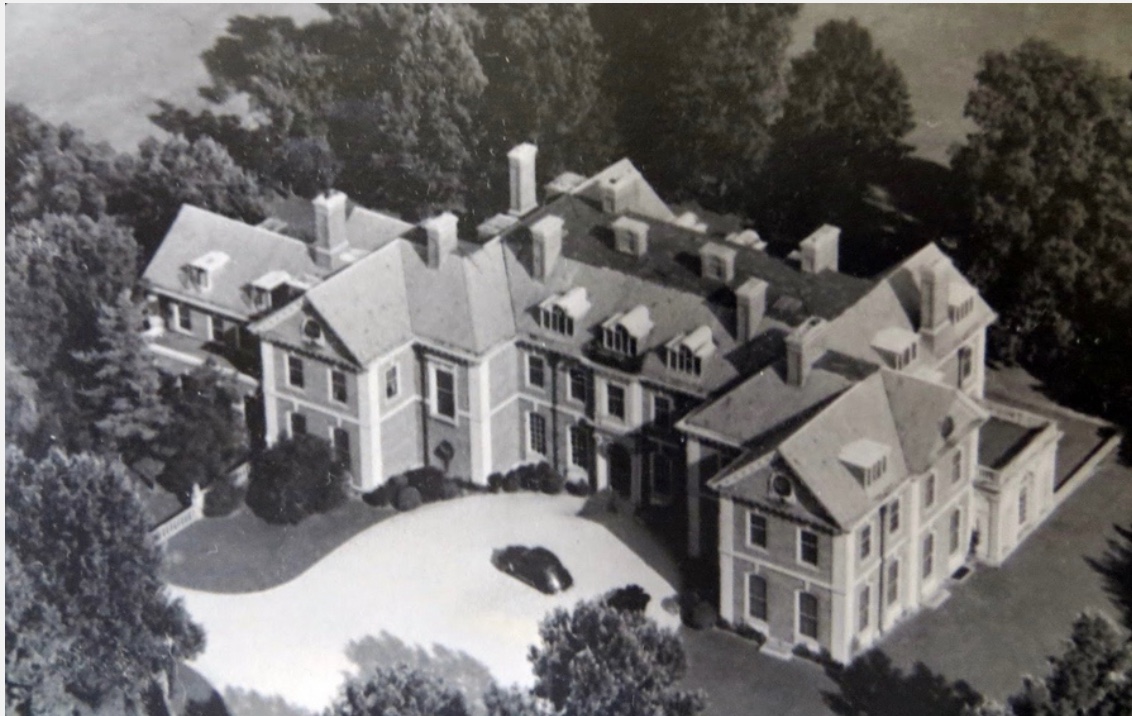 Alexis de Tocqueville discovered, during his visit to our country in the early 1830s, that we Americans form more associations to pursue civic goals than in Britain or, I suppose, in France, his native land, else he would not have thought such a finding to be of interest. His concern was only with “the associations that are formed in civil life and which have an object that is in no way political.”

This is certainly true of Americans interested in pursuing the classical revival in architecture. I am a member of the TradArch list, which I’ve mentioned many times on this blog. It is a forum to discuss architecture, and those who insist on dragging politics into these discussions are often admonished by those who run the list. I am also a member of the Pro-Urb list, whose focus is more on urbanism than architecture, though the subjects are far from unrelated. More specifically, topics discussed often arise from the Congress of the New Urbanism, which was once more closely associated with the traditional design it promoted as beneficial to livable neighborhoods. In recent years, as CNU has begun to take its alleged “style neutrality” more seriously, its influence – it was once vast, nationally and internationally – seems to have waned. Over the years, I have occasionally been warned off political topics by Pro-Urb’s gentle administrator, Lucy Minogue Rowland, who styles herself “Snow White.” I’ve always thought her fair, and under admonishment I immediately back off.

Both Pro-Urb and TradArch get my posts, and those interested in architecture and urbanism may join both lists without a fee. I wonder how many other lists (often referred to as “listservs”) focus on traditional architecture. I have often considered joining a modernist list in order to throw in a hand grenade every now and then. Perhaps learning more about how modernists think would be an appropriate goal, even though we classicists are surrounded by outlets for modernist groupthink – oops, I mean analysis and opinion.

I wonder whether forums for those more interested in modern architecture discuss traditional architecture as much as the trad lists discuss modernism. Or is traditional design off the mods’ radar? Their public critique of trad work (“not of its time,” “it copies the past,” etc.) is as up to date as the horse and buggy. Trads struggle to keep their critique of modernism up to date because modern architecture, like the weather in New England, changes every five minutes.

Aside from the listservs there are many ways to follow the progress of traditional architecture, which of course was dominant until the 1940s and exclusively so for centuries through the early decades of the century just passed. When modernism took over almost every institution of architecture, traditional work almost came to a standstill. It was primarily the doings of the late historian Henry Hope Reed that kept tradition alive. He wrote The Golden City (1959) and started Classical America in 1968. The Institute of Classical Architecture was formed in 1992 and merged with C.A. in 2002, eventually renaming itself the Institute of Classical Architecture & Art, of which there are fifteen chapters around the country, all of which have some means, such as a blog, to keep in touch with members and others interested in traditional architecture. Although it has absurdly tried to remove “advocacy” from its mission statement, the ICAA is the closest rival to the American Institute of Architects, which ought to be neutral but in fact caters almost exclusively to modernist tastes. Britain’s equivalent, the Royal Institute of British Architects, at least has its own Traditional Architecture Group, however favorable it, too, is to the dominant modernist interest. Another most important group, the International Network for Traditional Architecture, Building and Urbanism (INTBAU), has chapters worldwide, including one in the U.S.

Blogs and online communications spring as well from firms that produce traditional work, such as Robert A.M. Stern Architects, David M. Schwarz Architects, Fairfax & Sammons, Ferguson & Shamamian, Glave & Holmes, Franck & Lohsen, McCrery Architects, Historical Concepts, Allan Greenberg, Michael G. Imber Architects, Duncan Stroik, Andreozzi Architecture, and LeVaughn & Assocs., to name only U.S. firms with which I am familiar from a list of the top 50 traditional firms compiled by the Institute of Traditional Architecture. In Britain, Robert Adam Architects and Quinlan Terry are established classicist firms; the latter’s son, Francis Terry, has started his own along the same delightful lines. Most if not all these firms have ways to reach out to potential clients and to the almost three-quarters of the public that prefers such work to that of modernist firms, whose commissions generally come to them by way of committees beholden to the establishment.

Recently, I was tasked by a committee of sorts – the Traditional Architecture Gathering, an arm of TradArch that meets every year; this year’s TAG 4 confab is Feb. 26-28 – to touch base with associations interested in traditional design to identify trends in the field of architecture. The 2021 event will be hosted by the Classic Planning Institute’s Nir Buras, author of The Art of Classic Planning and TAG founder Patrick Webb, who runs the excellent blog Real Finishes and is on the faculty of American College of the Building Arts. It made me wonder how many sources of information I was not reaching out to. For example, Christine Franck, founder of (CARTA), the Center for Advanced Research in Traditional Architecture at University of Colorado Denver, and Nikos Salingaros, of the University of Texas, whose scientific research in neurobiology has done so much to extend our knowledge of classical architecture’s deep relationship to nature. Of course, they will probably be at this year’s TAG 4 (via Zoom this year).

The number of schools of architecture devoted to traditional coursework has slowly grown over the years. So far as I can tell, the species had gone extinct by the 1960s or ’70s. The School of Architecture at the University of Notre Dame, whose classicist curricula was not developed until after a campus uprising that ousted a modernist curricula in 1991, has, so far as I know, no modernist course work in its curriculum. Please don’t tell me if I am wrong (only kidding). The original chapter of the Students for Classical Architecture was formed at Notre Dame. Whether Notre Dame’s school will remain exclusively classicist cannot be known. Given the cancel culture raging in the nation, a counter-insurrection is not beyond the realm of possibility. At Notre Dame or anywhere else.

The major journal for classical and traditional design is Traditional Building magazine, with its erudite articles and its lovingly extensive advertising for firms that offer traditional ornament, materials and workmanship. TB also hosts comprehensive quarterly symposia on traditional architecture, materials and techniques. TB’s sister publications are Period Homes, Traditional Building, New Old House, Arts & Crafts Homes, Early Homes, and Old House Journal. Founder Clem Labine writes a spirited column about architecture in TB. TB also hosts the Palladio Awards, which vie with Driehaus Prize (whose winner gets $200,000 compared with $100,000 for winners of the Pritzker Prize) and the ICAA’s Arthur Ross Awards and awards programs at some of its chapters (such as the Bulfinch Awards, sponsored by the New England chapter) for recognition in traditional architecture. All of the ICAA chapters feature outreach in some form to members and citizens interested in the classical revival.

Funny thing. Go into any store with a substantial shelf of magazines and all you’ll see under architecture is magazines for renovations and interior designs of houses in the classical style. That was true a few years ago. It seems to confirm the recent Harris poll that found almost three-quarters of Americans prefer traditional architecture, no matter whether they are rich or poor, black or white, educated or not, from any region of the country, even whether they voted Democrat or Republican. Of course, members of the TradArch list have known that all along, and so have the modernists (it drives them nuts).

In Europe, classicists have an even smaller beachhead in the war of styles. Europe is so steeped in how to do cities right that you’d think that’s what they’d do. And yet modern architecture has an even greater hold on elite sensibilities than in America. In the great cities of Paris, Rome, Venice, along with smaller cities and towns throughout the continent, people are surrounded by beauty. Tourism is such a strong segment of their economies that crowds of travelers seem to be choking off the lives of cities (at least before the pandemic) and beauty must be witnessed over somebody else’s shoulder. Is the theory that if Europe hugs ugly, then tourists will scram? I leave out London, which seems to be committing hari-kiri. Will Britain’s withdrawal from the European Union stay this suicide? One source from which I’ve sought information on trends for TAG 4 is the Prince’s Foundation, founded by Charles. I have not heard from them yet. Here I should note Léon Krier, the wicked doodler who masterplanned Charles’s beautiful new town of Poundbury, and the British historian James Stevens Curl, author of Making Dystopia (2018) and the Oxford Dictionary of Architecture (1999). A proposed modernist redevelopment of the classical Royal High School in Edinburgh has been rejected by the government of Scotland. Excellent! In Stockholm, even farther north, the Swedish public seems to be in revolt against redevelopment there, turning against the bleak prospect of a modernist future. Good news, if true! Michael Diamant, who keeps track of new traditional architecture from Stockholm, is also on my list of TAG 4 sources. I hope he will fill me in. Is that what the website Arkitekturupproret (“Architecture Uproar” … ?) is about? I don’t know. I can’t read it. Oh my.

This post has gone on way too long, and yet I’m sure I’ve left out someone or something I should have mentioned. I will try to execute an abrupt conclusion.

One of my favorite movies is The Philadelphia Story. After getting halfway through this post, after going to bed, I endured one of those ephemeral night thoughts, which drove me to my poor computer to jot down Jimmy Stewart’s drunken call, “Oh, C. K. Dexter Haven!” Now I can’t recall why that seemed pertinent to this post. Was the Main Line mansion where the action takes place designed by Horace Trumbauer? Or was it in Hollywood? If so, so what? Wasn’t Katherine Hepburn’s character, Tracy Lord, supposed to be a bronze statue of a goddess? Does Cary Grant want to deplatform her? Does his role represent an interesting case of intersectionality? Maybe that will be on the agenda at the TAG 4 conference later this month. But isn’t that politics? Perhaps we will have to wait for Snow White to decide, or whoever plays her role on the TradArch stage.