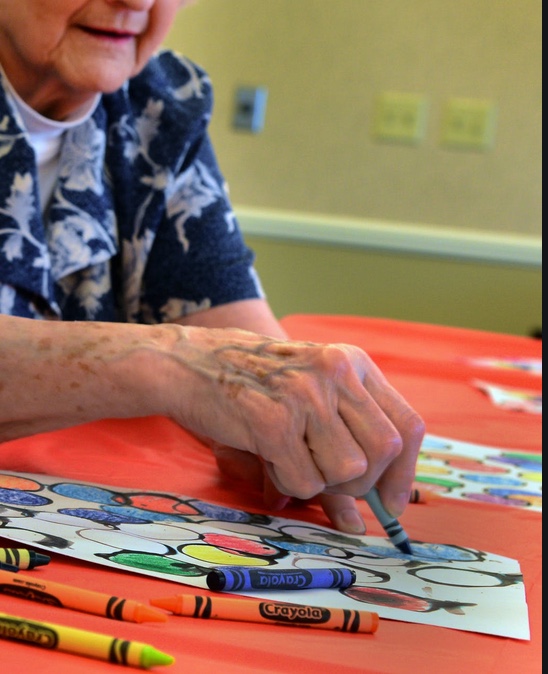 The soda was sweet, ice cold and perfect. It burned my throat as I guzzled the contents of the little eight ounce can, but I couldn’t stop drinking. The belch that followed was even more satisfying than the drink itself.

“I haven’t had a real Coke in years,” I said to Brian, who tossed his orange in the air as the elevator descended.

“Some things you just can’t refuse,” he replied as we got out of the elevator and walked past The Housecoat Brigade, smiling to the ladies, most dressed in colorful housecoats and full of the latest gossip.

“Ladies,” I said, and gave them a courteous nod as they parted, and let us through the gauntlet, dying to find out why we had escorted two of their favorite subjects of whispers home. That will be a mystery, as far as I’m concerned, and the mother and daughter we just left will keep their day’s adventure a secret and bring it to their graves I’m sure.

They were delighted with me and Brian, and us with them. What had begun for all four of us as a miserable end to a difficult day had turned into one of those magical little moments in the city that make all of the long days and nights away from home worthwhile.

The mother and daughter had been shopping together, taking the bus to buy some brooms and milk. They each had a broom and a quart in their bags as they sat on one of the sideways seats on a city bus when a loud thud interrupted the quiet hum of the diesel and natural gas hybrid motor, and pieces of broken glass flew toward them. It wasn’t a lot of glass, but enough to scare the wits out them. Traveling through the West End of Providence on a city bus is a daunting task for anybody, a ninety and seventy-year-old especially so. They were frail of body but strong of will, and had been living in Providence for decades, and would be damned if the ever changing dynamic of the city would keep them inside.

We were called to transport the two to the ER for an evaluation, another turf job, this time by the police and bus company. Their loss. The ladies didn’t want to go, and “waste four hours like the last time,” so after an evaluation and phone consultation with their doctor, who they both had appointments with on Tuesday, we decided to take them home. It isn’t every day a Providence Fire Department vehicle delivers people to a hi-rise rather than take them away, so it was a bit of a novelty for all involved.

They lived in separate apartments but we escorted them to the mom’s place where they would rest. They loved the attention, and we felt good helping people in a different way for a change. I saw some coloring books on the kitchen table as the mom rummaged through her refrigerator looking for something to feed us.

“Do your grandchildren visit?” I asked, pointing to the crayons.

“We like to color, ” the daughter explained. Keeps us from going nuts!”

Brian saved his orange for later. When he did eat it, he said it was especially delicious.

As for me, it was nice to have a mother to take care of again, even if only for a little while. But it was even better having one take care of me.