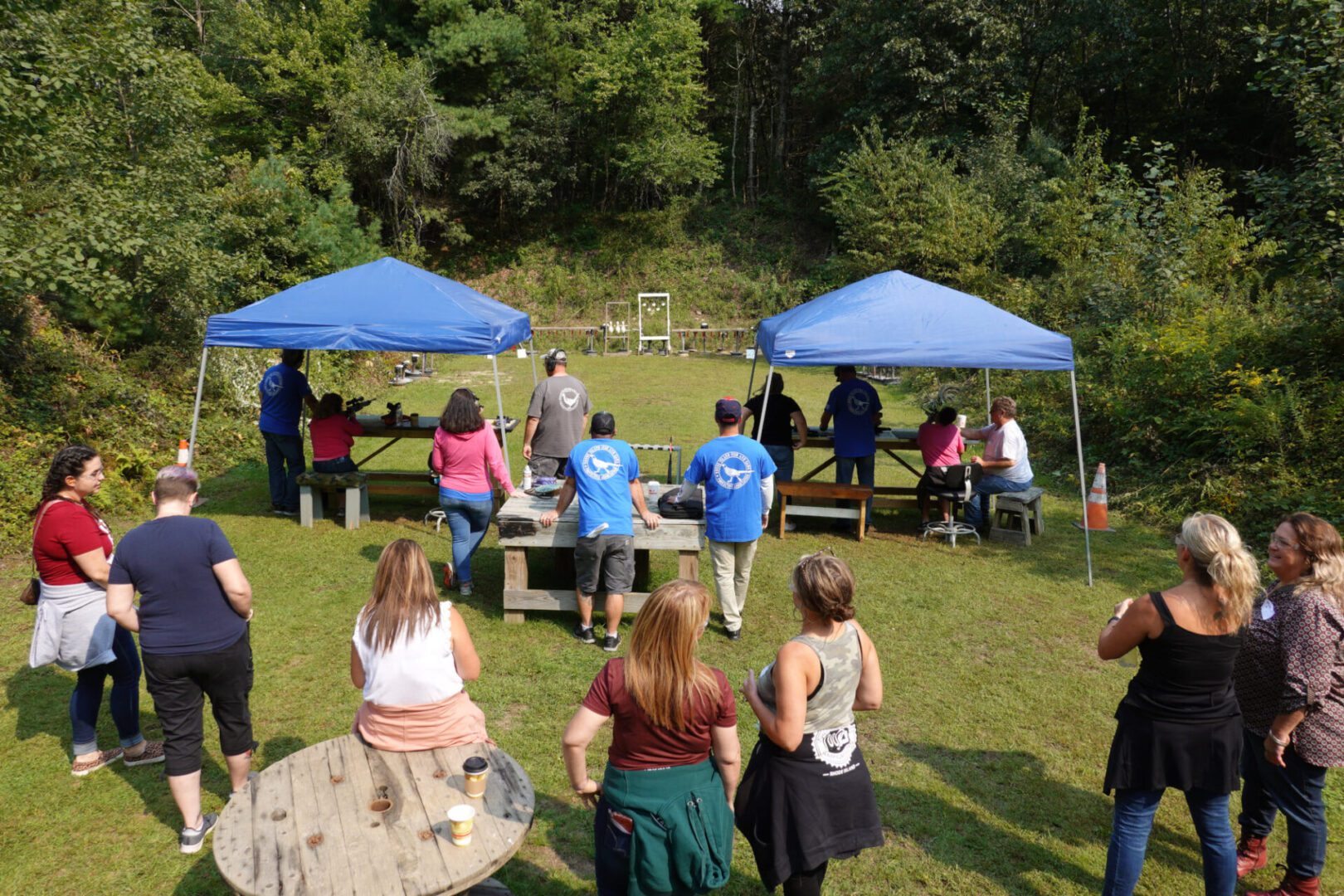 On September 19th, the Rhode Island Fish and Game Protective Association ran the club’s annual Ladies Day event at their facility in West Greenwich. This year had a very high attendance at 100+ women looking to experience the outdoor shooting sports. At the inception of the Ladies Day event many years ago the day hosted less than 60 women. The popularity has increased dramatically each year to this year’s record attendance.  The event was created to give women the sole experience within their own gender of the shooting sports. The atmosphere of a co-ed event and the insecurities it can create are eliminated.  The members of RIFGPA perform an outstanding job as there are many repeat attendees each year and the gathering continues to expand.

Women were instructed in a host of live fire actions at various ranges at the club. Separated in groups of about 10 females they were first taught the safety aspect of firearm usage. Then lessons in the various firearms occurred, culminating in actual live fire use where each woman was issued 40 rounds to exercise their abilities on the pistol range. The Trap Range hosted the same style of lessons and then each participant was given 5 elusive clay birds to engage. The difficulty of hitting a moving target was readily acknowledged. The Rifle Range gave the ladies the chance to experience the “black military looking” rifles, and it was often mentioned how enjoyable it is to shoot them. Hopefully some of these same women will take an interest in the “ NJ High Capacity” case before the US Supreme Court. They will be able to relate their experience on the range to the court case itself.

Primitive weapons were also made available as well. Women experienced Black Powder firearms very similar to those used during the Colonial Revolution.  An historical lesson on the Flintlock Firearms and how they evolved into a very accurate primitive hunting arm was also provided. The audience found it entertaining to see the flashbang of these primitive arms and were equally impressed by the hands on accuracy each participant had. The onlookers were also introduced to the fine art of archery.  Shooting at inflated balloons with a re curve bow or compound bow for the group delighted them by viewing the instant results. The gathering enjoyed a very primitive art of hatchet throwing. Even the author has yet to experience that one. Just like in the movie, “The Patriot” the throwers focused on hitting the targets which are cut tree trunks.

Just like in prior years the attendees were treated to breakfast and lunch and word has it the food was again phenomenal. The restructured Entertainment committee did a great job in the kitchen, and it would “make Kyle proud”.  2022 should be just as successful.