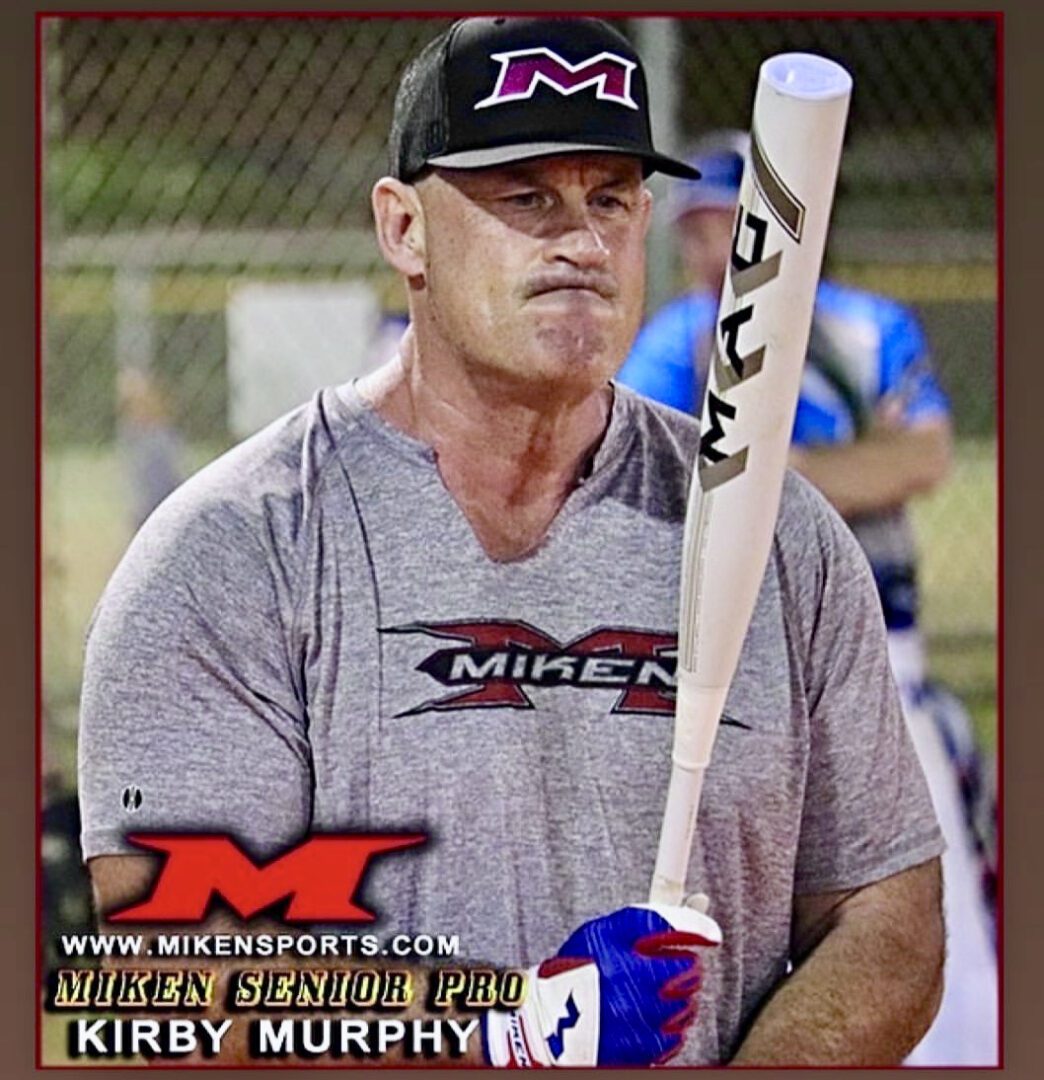 Rhode Island’s Kirby Murphy has become one biggest names ever to play the sport of slow pitch softball in the history of the state.

The road to softball stardom seemed like an easy one for William “Kirby” Murphy. Playing on National Championship teams, traveling all over the country to play in the biggest games in some of the country’s biggest arenas in front of record crowds. To get to this point at age 58, it took work, a lot of hard work, and a commitment that many never get to see. Waking up early every morning to work on his game, either going to hit hundreds of balls in an indoor batting facility or in the nicer weather heading outside to a local field to hit as many balls with whomever wanted to pitch to him, as he could. Murphy would hit buckets of balls, when the bucket was emptied, he and his pitcher would go and retrieve the balls and do it repeatedly. This was his routine day after day, week after week, year after year.

To get to where the team is currently, we must go back to 1979 when Murphy was a sophomore at Cumberland High School and was asked to play by his teacher and soon to become mentor, David “Doc” Leach, who was a softball legend in the Cumberland Recreation League. Leach, who would himself be inducted into the Rhode Island Slow Pitch Softball Hall of Fame in 2020, coached Murphy to the fundamentals of the slow pitch game, and over the years pitched Murphy to hundreds of thousand batting practice balls. “Doc wouldn’t just lay the ball in, he would mix up the location, the height and the speed. He would make me hit anything and everything to make me a better hitter. I owe a lot to him!” Doc Leatch passed away in early 2020, the year that he was inducted into the Hall of Fame.

Shortly after graduating from Cumberland, Murphy enlisted in the United States Marine Corps. It did not take him long to make his way onto the base traveling softball team and go onto to play all over the world against other military teams, Murphy’s team even won the Naval 6th fleet tournament that was held in Naples, Italy. When Murphy left the Marines and returned home to Rhode Island, it was obvious that his time in the service was beneficial. Between the rigors of Marine conditioning and Murphy being committed to a healthy lifestyle, he was in incredible shape and softball fields that once confined him as a hitter could do nothing to keep him in the ballpark. Murphy’s reputation grew as one of Rhode Island’s premier power hitter. What people do not realize is that Murphy was a top-level outfield when he started to play serious softball.

Upon returning home teams began to offer Murphy a spot on their team. In 1987 Murphy played for the Blarney Stone Pub that went onto win the ASA Class B State Championship and went to represent Rhode Island in the ASA National Championship tournament in Lubick, Texas. From 1989 Murphy played for Quality Cleaners, and then the Foxy Lady. Where Murphy went State Championships followed, and frequent visits to the World or National championship tournaments continued. The demand for Murphy’s hitting and defensive services grew with each passing season. His local ties included Undercover Wear that was the last class “A” Men’s team to play out of Rhode Island.

The softball landscape had begun to change in the mid 1990’s, gone where the high-end class “A” teams and the class “B” teams were getting fewer and fewer. The Class “C” teams were beginning to take over and for Murphy he was drawing to a decisional crossroads. “I loved playing locally but the challenge to play and measure myself the best ball players was too much,” Murphy said, “so in 1994 & 1995, I played on the National circuit for the New England team called Demolition and Worth Softball Club and then I went on to play for Planet Softball out of Lexington, Kentucky.”

He went on to say, “Playing at that level was intense, every pitch, every at bat, every defensive play mattered. There was a lot on the line, especially for the sponsors who invested hundreds of thousands of dollars every year to have national representation. Unlike playing locally, your season schedule was mapped out, for most events you were flying in to play for the weekend and then flying out after the event. Your down time while at an event was extraordinarily little; you were either at the softball complex or at the hotel. But you were playing at the top level the sport had to offer and going up against the best the country had to offer.  It was knowing that you are standing alongside those players that gives you great satisfaction.”

Murphy returned to Rhode Island and played for National Gold from 1998 to 2004. His teams won several titles including several local tournament championships, a couple of State Championships and a Regional Championship. “Although I enjoyed playing closer to home with my family around, the urge to play at the top level the sport had to offer became too much to ignore.” As opportunities began to open for Murphy, he decided to take advantage of those opportunities. Murphy became a Miken Softball contract player with his own signature bat, the Mag 7.  Playing for teams such as the Rochester Athletic Club and Smash it Sports in the 50 years old and over division, the Championships kept coming. In all told Murphy played in over 100 World tournament games, his teams won 10 World Championship titles including the Senior level. Murphy has been named to either All World teams or All-American teams 29 times.

Still enjoying the sport that has given him many rewards along the way, Murphy says, “Softball has been extremely rewarding to me. I have been fortunate to play successfully at the top level of the sport. I got to play all over the world, the teams that I had played for won championships on the National stage. I have been able to compare my skills and talent with the best the sport of softball had to offer, and I held my own. I proved to myself that I belonged. I feel truly blessed for these opportunities.”

Murphy plays for the 55 and over National competitive team, Brian Patton & Associates, out of Pittsburgh, PA. He is continually active in both the New England USSSA Hall of Fame committee and is on the Board of Directors for the Rhode Island Slow Pitch Hall of Fame which he was inducted to in its first ever induction class in 2018. Not too bad for a kid out of Cumberland who had a teacher see the talent the kid did not see and convinced him to believe in himself. Murphy says, “I hope that wherever Doc is, he is looking down on me and smiling because if it were not for him, well who knows?”