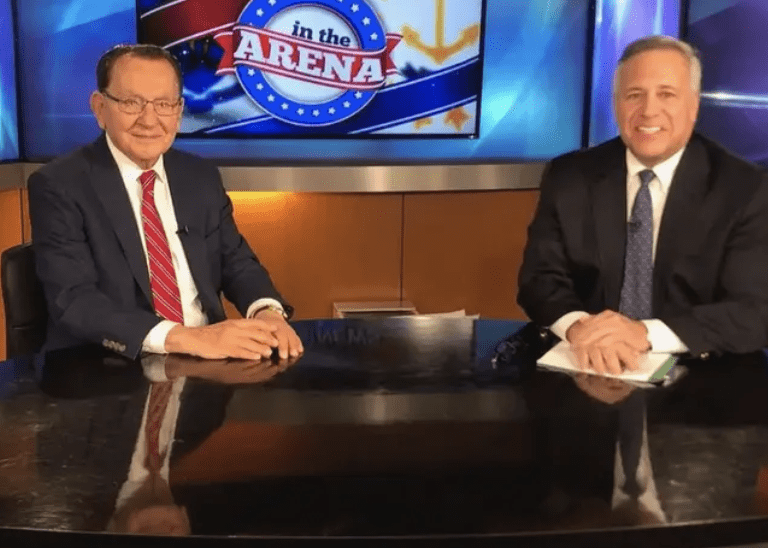 After considerable controversy this week, primarily on talk radio, over the reappointment of Judge Frank Caprio as Chief Judge of the Providence Municipal Court, the judge submitted his offer to retire, coupled with an offer to volunteer with the court and be named “Chief Judge Emeritus”.

His resignation was accepted by the newly elected Providence City Council President Rachel Miller and she supports the volunteer “Emeritus” request. This follows the Council originally requesting more information on the relationship between the judge, the show and the court, targeting who benefits monetarily. The Council has significantly changed in the 2022 election, with progressive Democrats in control, and in top leadership.

Caprio’s two sons produce the show, and his son, David, told WPRO radio that he nets about $100K a year for his work. His son Joe said on Friday that they will no longer film the show in the court.

Joint Statement from Council President Rachel Miller and Chief Judge of the Municipal Court, Frank Caprio, on his Retirement

Chief Judge has offered to volunteer with the court

City Council President Rachel Miller has accepted the decision of Chief Judge of the Municipal Court, Frank Caprio, to retire after nearly 40 exemplary years on the bench.

“Judge Caprio has my utmost respect for a lifetime of public service to our city,” said President Miller. “I intend to support the nomination of Judge Caprio before the entire City Council to become Chief Judge Emeritus of the Providence Municipal Court.”

“The City of Providence welcomed my immigrant father 120 years ago and provided the opportunity to him and countless other immigrants to flourish in America,” said Chief Judge Caprio. “Providence remains the beacon of hope and opportunity to waves of people from around the world seeking the American Dream. The City is fortunate to have the current City Council, led by Council President Miller from my beloved 13th Ward, Majority Leader Taylor, and Mayor Smiley.

“As I reflect on my 38 years as a Judge, I hope I have lived up to the example of all those that served before me, either on the bench, or in City Government, to make Providence a city that welcomes all, and enriches the lives of every person that chooses our great city to be their home.

“On a personal note, I would like to thank my dear friend, former Mayor Joe Paolino, who was a driving force behind being elected my first term as a judge. Additionally, a big thank you to the talented team of court personnel for their dedicated service. And, of course, the part that I enjoyed the most, which is interacting with the wonderful mosaic of residents and visitors to our city. I look forward to the next chapter in my career and to continue enjoying the blessings of good health.”

Judicial elections and, ultimately, the leadership of the Municipal Court will be put before the entire City Council next Thursday, January 19.

The Council President has no further comment at this time.

“I was proud to have worked with the city council in appointing Judge Caprio Chief Judge of the Providence Municipal Court 38 years ago when I was Mayor. Some people take positions to gain stature, but not Judge Caprio. He brought prominence to the position of Chief Judge. It was his elevation of the position that enhanced the reputation of Providence and our state around the world. No matter where I go, there is always someone who asks if I know Judge Caprio. He has dedicated his life to public service and is a part of the fabric of Rhode Island. We all should be eternally grateful to him. I am proud to call him a lifelong friend and wish him well.”

Here is RINewsToday’s story on In The Arena, an interview between Joe Paolino, Jr. the host of the show on ABC6 and Judge Caprio done two years ago:

In 2020 the syndicated show, Caught in Providence, airs on over 200 stations, with access to 95% of the viewing population. On social media, alone, there are 4 to 5 Billion viewers.