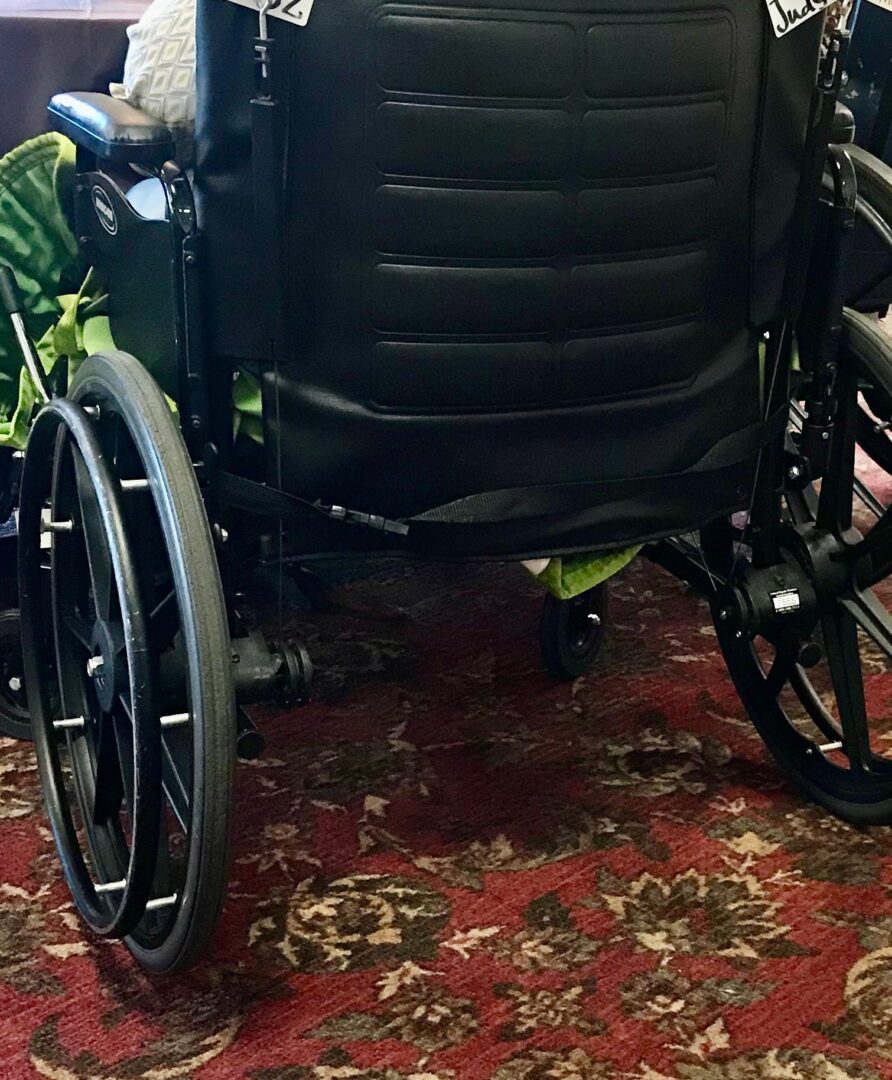 How invisible the elderly can be. You know it when you reach out to elderly advocates and hear silence. When you know more statistics and stories than they do. When those who should know say – ooh, send me the info on that.

Or maybe the awareness is heightened when you have a loved one – in her 90s – living in a nursing home. Or when you see a state published weekly chart that lists “0” deaths at that home – and they’ve already told you, days ago, that there’s been “2”.

Several days ago, I asked a question at the governor’s daily presser. Admittedly a bit emotionally written for the governor’s reader to read in that hushed, professional voice. A voice that a fellow reporter described as a “perfect golf tournament voice”. That’s a compliment.

This was my question, “Most nursing home residents are now restricted to their rooms, with approximately two feet of space around their beds. They don’t eat together anymore or have activities. No one comes to visit. Many watch these press conferences daily. What is being done to change this situation?”

After 60 something press conferences, admittedly, and not proudly, I can be very hard on the Governor, but I heard the compassion break in her voice, as she stepped up to the podium after Dr. Scott had already answered the question. She started her sentence with, “That is a heartbreaking question – I can hear it – it is absolutely heartbreaking. To those listening I want you to know that we love you, we care for you…”

When you write news, people send you stuff. They send you stories about their loved ones. Veterans write to you about people dying – who shouldn’t be. Their nurses who cry with fear, about not having proper equipment or being so tired after double shifts. Men who’ve lived through wars – who are our heroes – who won battles but will lose this final battle to “a bug” – one that will surely be, one day, beaten and destroyed.

Nurses tell you things. “Everyone will get this you know – everyone. I have three children, and I wear all the masks and gowns, and take all the precautions because they still need me…for a few more years.”

“Drink juice and take vitamins, one said, get all the rest you can, because you will go into a battle if you get this thing – it’s tough,” another nurse offered.

As I write this my phone has alerted me to a text message from my aunt’s nursing home. It says 19 people have tested positive, and there have been 2 deaths a few days ago. I look at the state chart of nursing home “cases and fatalities” on my computer and see “0” deaths listed next to this home. And I wonder about the other homes and the zeroes next to their names.

0 is a small number.

And in less than 5 minutes the text message dings again – same paragraph except the 19 is now 20. But no phone call. That’s good. They promise to not text you but call you if your loved one tests positive. Of course they will. But what will I do? Will I run to her bedside? No. I’ll pretty much have nothing to do. Make some calls. Sit and wait. Call some more. Hope that the firm countenance that has gotten her to 93, shaking off most colds in two or three days, will get her through this – no underlying disease, never a smoker, thin, and healthy. But 93…

75 to 78% of those who have died of the coronavirus in Rhode Island have been our loved ones in nursing homes – and loved ones living in group homes.

A few weeks ago, I asked another question, “with all the seniors being lost – as many as 100 a week and more some weeks, what whole system change is Rhode Island considering” in this war to keep our seniors alive? There was a glimmer of acknowledgement, but no real answers – nothing out of the box, no real hope for a facility where coronavirus grabs hold.

In New York they are now moving to testing all nursing home staff twice a week. And prohibiting hospitals from discharging coronavirus positive patients into nursing homes. Of course.

Maryland and Florida are heralded as the examples of keeping the virus out of nursing homes as much as possible – recognizing from the beginning that seniors were the sitting ducks that demanded the majority of our focus. Day in, day out. We were not prepared for this war. We spent time on lesser concerns – the low hanging fruit – and some silly stuff that made no difference at all. In the beginning if was all about schools. We said we were basing everything we did in science. But the science was there. It was in the experience of Italy and France and China and South Korea.

In Lyon, France, for 47 days and nights, staff and residents of the Vilanova nursing home waited out the coronavirus storm together, while COVID-19 killed tens of thousands of people in other homes across Europe, including more than 9,000 in France. “I said, ‘No. Not mine. My residents still have so much to live for,’” one nurse said in an interview. “I don’t want this virus to kill them when they have been through so much.” The staff came armed with pillows and bedding and changes of clothes. For 47 days they never left. And no one came in. And no one got sick. And no one died.

In New Jersey, nursing staff formed two teams and moved in to take care of their seniors at one facility. Not leaving until the next team had quarantined and was ready to move in. Very few cases. No deaths.

At a New Hampshire Veterans Home, they are using high technology. Robots with disinfecting blue light – UV light – patrol the halls. The veterans still get a chance to come together for activities. They know the rules about masks and all. And life goes on.

What can we do? What should we have done? History I don’t think will be kind on this misstep.

Where is the National Guard – where is the Cavalry for God’s sake? Where is the all-out rush to triage a home when it gets into trouble? You can’t wait with this thing. Is someone searching the literature? Talking to infectious disease specialists? Asking Florida and Maryland – and that New Hampshire Veterans Home – to share their “data” – that beloved data that has, in times of crisis, prevented “common sense” from prevailing?

The wise step of shutting down nursing homes to family visits came slowly and was followed by eliminating vendors – and delivery people – and then entertainers and hairdressers. It was slow. Wearing masks should have been day one, but day one was probably long before we knew it.

What about requiring staff to change into scrubs or their uniforms that had been laundered by the facility and left waiting for them each day? Wearing plastic crocs instead of their own shoes? Taking off jewelry and cleaning stethoscopes and using lab coats and hair coverings and masks. Having a patrolling infectious watchdog to train and retrain staff and residents.

I remember in the very beginning when I was visiting in the day room and I watched a young CNA give a man who was new to the unit a hug – a big hug – and then turn and give the next man a hug. What could I say? What should I have said? No mask, no gloves. She was young. No one said a thing. It was sweet. Sweet. The time was very early, and I mulled over saying something – but said nothing as I watched everyone touch bingo markers and cards. I watched.

This nursing home has loved my aunt. They have been her family. And sometimes, just like a family member can be, she has not been easy. They have taken my calls to go in and find her shoe because she’s called me at 2am and 4am and again at 6am up looking for it. They have taken a swat or two when this proud lady was being shower assisted. And they’ve taken a critique or two about one’s large posterior followed by giddy laughter (she was never good at small talk). Not all have been kind. But most.

On Sunday, Mother’s Day, we spoke on the phone. She was sitting on her bed, just as she has done since the first day, so many weeks ago. Her chair isn’t a good place to sit as there is no space for her legs, no stool to gently place her feet. She’s reading the paper and for some reason she wants to talk about “the war”. She’s thinking about things they had to do that didn’t make much sense – like not wearing nylon stockings – and giving up metal objects to be melted down. She said, “this is a war, huh?” I assured her no it wasn’t.

I don’t bring up “the virus” unless she does. Does she know about the 2 who have died? 2 is a small number.

After we hang up I call in to the nurses’ station, and ask them to go into her room and turn her TV to The Golden Girls. It plays back-to-back all day on Sundays. I knew she would like that.

5 hours since publication: The # of positives have risen from 20 to 26