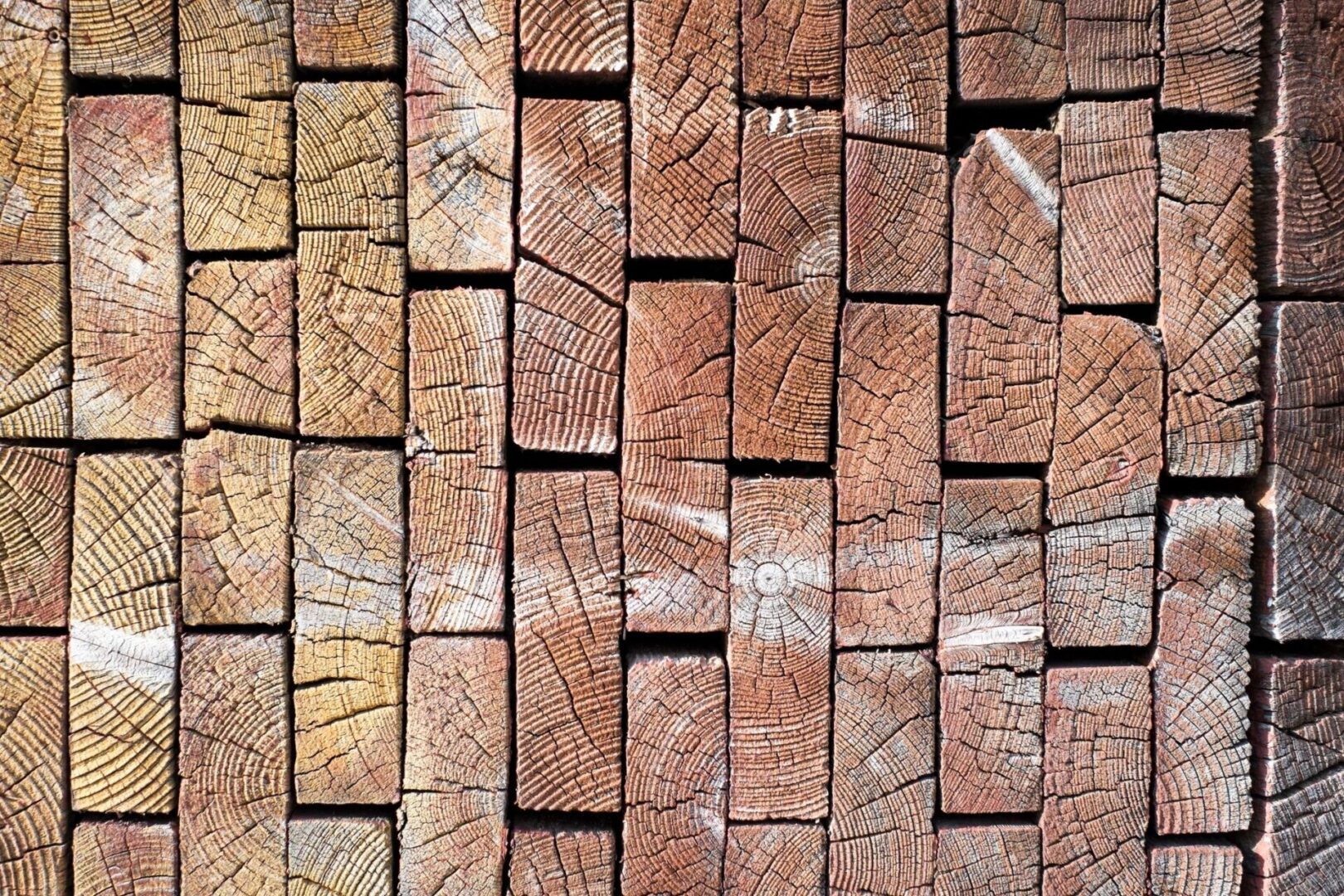 Isaiah on Route 6 – a short story by Michael Fine

At least she was wearing a mask. COVID-19. That was the only normal thing about the woman.

She was almost six feet tall. She was walking on the side of the road toward Johnston and Providence.  She had this great strong stride – nothing shy or contained about this woman.  She walked with purpose.  She wasn’t mumbling to herself, spitting, shouting, or looking from side to side at unseen voices or at people she could see and hear but who weren’t there. Dreadlocks, to be sure, but neat dreadlocks.  Her face was smudged with something dark and grey, almost like war-paint, that looked like it had been put there by design.  She did not look like a woman who had been sleeping in the woods, let me tell you.  She was pretty well put together.

But the way she was dressed, man, that didn’t make any sense at all. Some kind of brown bag.   Shapeless, like she was wearing a burlap bag – but who has even seen a burlap bag in like, thirty years?

There’s no law against walking on the side of the road.  No reason to stop her.  In the time of COVID you don’t want to go near anybody.  She wasn’t obviously crazy. Just weird. Who walks in America now?  People hike, sure, with hiking boots and day packs or those fancy water sacs on their back which have tubes sticking out and with hi-tech walking sticks, one in each hand that makes it look like they are rowing, not walking. Or people bike the back roads on $10,000 bicycles made from space age materials wearing spandex biking shorts. But no one ever walks any more. People drive when they have some place to go. That’s just the way it is.  Life in 2021.

So no one else even saw her. Live and let live, I said to myself.  But let me check on her once in a while. Make sure she’s safe. Black lives matter and all that. There was probably some of that in my brain. Law abiding citizen. No need for any confrontation.  Or trouble.

The state cop drove back and forth as I walked down Route 6.  I stayed off the road, so there wasn’t any reason to stop or arrest me. Not that cops ever need a reason to stop one of us. I was not afraid. Deep in my heart and so forth. Didn’t want to get shot in the back though. Getting arrested wouldn’t have been terrible but it was beside the point. Sitting in some jail cell in Scituate or Johnston or ending up at Intake at the ACI wasn’t going to do anyone any good. The modern version of getting swallowed by a whale.  I didn’t want to be out of sight, out of mind.  I wanted to be right there in the open. Unavoidable. Undeniable. I wanted to be present so people could see me, be freaked out, feel confused and start thinking.

It’s not just racism you know.  There’s plenty of that in the good old USA.  But racism is the symptom of a much more lethal disease.  Of which greed is the cause. Greed, arrogance, materialism, jealousy, lust, it’s all in the mix. Narcissism. Only I matter. Only what I want counts. Only what I see and feel exists. We talk ourselves into little boxes from which we never emerge.  People driving by might see a Black woman with dreadlocks walking on Route 6.  But they don’t see the sackcloth and ashes. Or think about repentance. And never look at themselves, never think that our wants and our choices are actually the cause of this pandemic and the rest of this empty mess, the stupid lives we have chosen for ourselves and one another. Buy now. Pay later. Dirt can’t hide from intensified Tide.

The cars whiz past on Route 6, but the people inside them don’t see me at all.  Most of what they see are other cars, while their radios play Spotify, NPR or WPRO.  Maybe they see a crazed homeless Black woman, because everyone walking must be homeless, right?  Maybe they roll up their windows so they don’t get panhandled when they stop at the light near the liquor store, or at the light in front of the gas station across the street from Bishop’s Hill Tavern, or the light at the pool store and Cumberland Farms, just past where the old Subway and the old fire-station used to be.

Let the oppressed go free. Feed the hungry. Bring the homeless into thine own house. Cover the naked. Thou shall not hide thyself from thy fellow human. Care for the widow and the orphan. Let justice well up as the waters, and righteousness as a mighty stream.  Etc. Etc. You know the drill. We got plagues again now, COVID and what not. Black people getting shot in the back by police. Riots in the cities. Climate change with its floods and fires. Swarms of locusts in Africa, the whole nine yards. You think anybody in America would ever roll down the windows of their cars, turn off their car stereos, and ask me what I’m doing, decked out in sackcloth and ashes, walking down Route 6?  Or think for one second about what is going on in this crazy world we’ve built where people can’t be in the same room together anymore?

I crossed over into Johnston. Walked down that strip across from Cumberland Farms where the pool store is. Walked past the tire place, the auto parts store, Tractor Supply, Dunkin’ Donuts and the Dollar Store.

It was late in the morning by then. The trees around the reservoir were red and gold. The air was filled with falling leaves and smelled of overripe grapes, maple leaves, diesel exhaust and wood smoke. You don’t really live unless you walk in the fall air.  You live and you feel and you breathe when you walk.  Mine eyes were seeing the glory of the coming of the Lord, right here and now in Johnston RI.

You might think the Johnston cops would have noticed – you know how they are. But nothing.  Nobody even slowed down to gawk. Just that state cop, who drove by every couple of minutes.

I wasn’t expecting the guy at the house near the reservoir. The houses there are on a narrow strip of land between the road and the water. No sidewalk. She had to walk on the lawns and driveways, with only mailboxes between her and the whizzing cars, which all do 55 in a 30-mph zone. Just sayin’.

Okay.  There was a big flag flying from a huge flagpole in front of the house.

The guy came barreling down the road in a big blue F350 with double rear tires and a swept-up exhaust that was pouring out black smoke. Two American flags, one on each side, snapped and fluttered in the wake of the truck, which coughed and bellowed and then quieted, as it slowed where that woman was walking and turned into the driveway in front of her.  I didn’t want trouble right there and then, but you always got to be ready.  So I threw on my lights and swung the car around.

There are two lanes in each direction over there. My vehicle closed off one of those lanes.  Pretty soon there was a backup of ten or fifteen cars. The cars slowed and people turned their heads to see what was going on, as if they had never seen a state police car with its light bar lit up.

The guy came out of his truck and ran right at her. No mask.

Holy shit, I thought. Here it is.

“Stop,” I yelled. My service revolver was pointed at the guy.  I didn’t think about it.  It was just there.

But it was too late. The guy grabbed her before he heard me.

“Janine!” The big guy yelled.  He was a big bear of a guy, six-two or six-three and three hundred pounds if he was an ounce.

“Dwayne!” she yelled back, and she wrapped him in a big bear hug.

Then they looked at me.

“You have a problem?” the woman said.

“You know each other?” I said.

“Like for a hundred years,” the big guy said.

“We work together at the ACI,” the woman said. ‘I’m a psychologist.”

“I run the auto shop in Industries. Teach the guys a trade.”

I holstered my gun and shook my head.

Maybe there is a god after all.

Dr. Fine served in the Cabinet of Governor Lincoln Chafee as Director of the Rhode Island Department of Health from February of 2011 until March of 2015, overseeing a broad range of public health programs and services, overseeing 450 public health professionals and managing a budget of $110 million a year.

He convened and facilitated the Primary Care Leadership Council, a statewide organization that represented 75 percent of Rhode Island’s primary care physicians and practices. He has served on the Boards of Crossroads Rhode Island and the George Wiley Center, and is on the boards of the Lown Institute and RICARES.

Dr. Fine founded the Scituate Health Alliance, a community-based, population-focused non-profit organization, which made Scituate the first community in the United States to provide primary medical and dental care to all town residents.