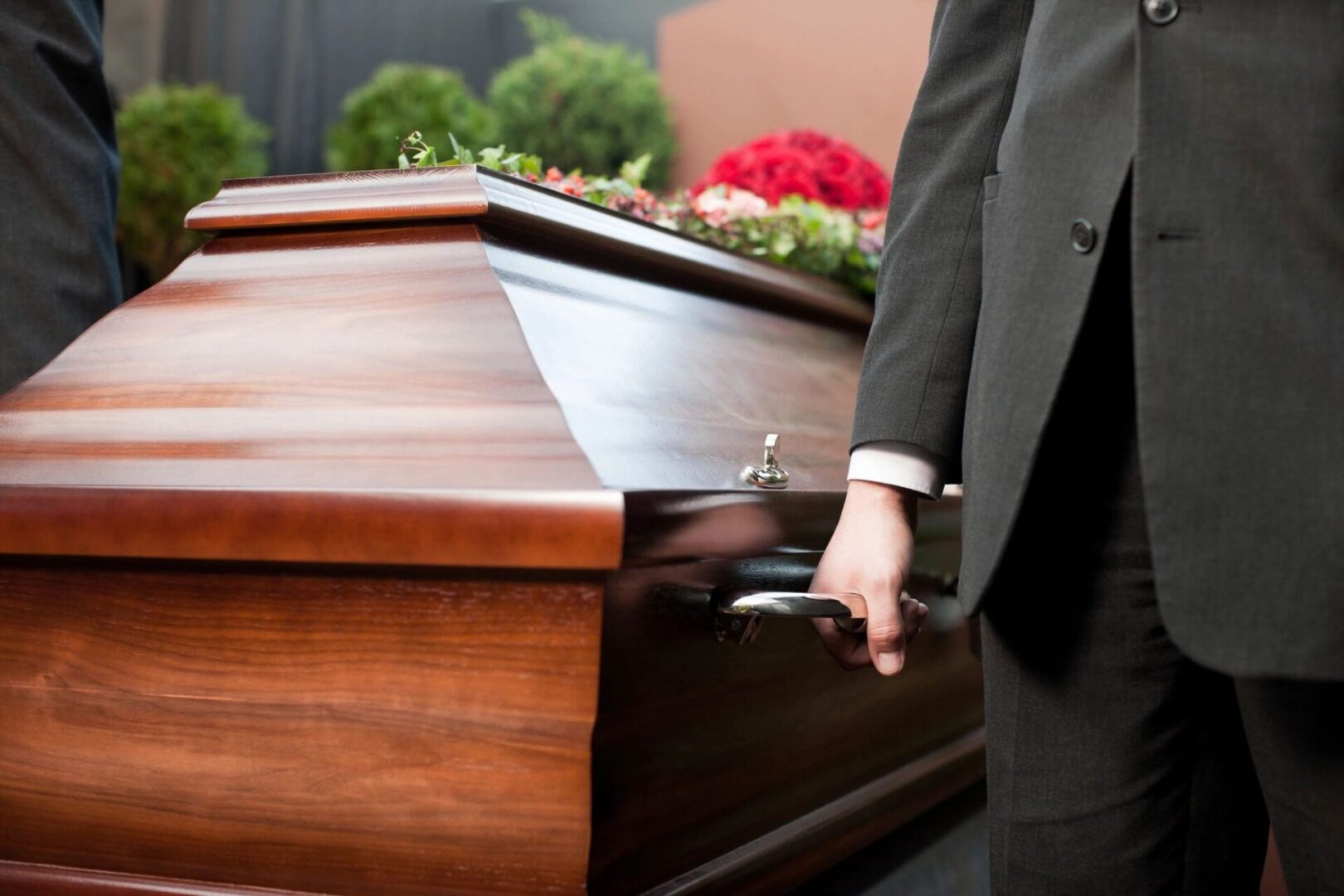 Theresa came to me two weeks after the death of her husband.

“I haven’t slept a full night since his burial.”

According to Theresa, her husband, Ronald, had been “haunting” her every evening. He disrupted her tentative slumber by berating her for a lack of detail in his funeral preparations. Buried in the details and decisions that come with preparation of a wake and funeral, Theresa felt bombarded by the questions posed by the funeral staff.

“What verse should she choose on the prayer card? What hymns did she prefer at the funeral mass? Which casket would Ronald have wanted? Did she want flowers and/or contributions to a favorite charity? How many limousines did she require? What clothes would she choose for Ronald’s final social event?”

Eventually Theresa made choices. She remembered a poem a friend had written, which she had printed on the prayer card. She chose a sturdy yet finely designed and crafted mahogany casket with “The Last Supper” carved on each side. She chose tulips to say goodbye and welcome spring, and/or contributions to Hasbro Children’s Hospital. She felt she only needed one limousine as her family was dwindling- the choice of hymns seemed to be one of two simple choices. She and Ronald attended church every week and Theresa was well aware of which hymns Ronald hummed along to. The second easy decision was his clothes. She was aware of what he would wear. Ronald was a simple man, often dressed in his “golf course uniform” – beige khaki pants, and a brightly colored golf shirt. His pants were getting a bit too large for him, so he always wore a “lucky” brown belt which matched the brown in his golf shoes.

Theresa told me this with a rushed, breathless voice. It seemed she needed to get to the purpose of her visit: the haunting. The details served as the prologue to the presenting issue.

She chose a stunning yellow golf shirt and washed and pressed a newer pair of khakis. She buried him in his golf shoes.

She forgot the belt.

Every night since the burial, Ronald “haunted her” with her lack of detail.

“He comes every evening, all evening. It’s not a dream or a nightmare – it seems to be a visitation. He doesn’t yell at me but is very stern and judgmental, chastising me for forgetting the belt. I knew I did, but it was too late, and I mused that it was only “lucky” when playing golf. He wasn’t playing golf anymore.

14 nights of castigating me. He is certainly not at peace – nor am I.”

We explored the possible latent meaning of her dream when Theresa interrupted me.

“Forget interpreting the haunting! I need to have Ronald’s body exhumed. As soon as is humanly possible. I am compelled to put his belt on – otherwise this haunting will never stop!”

From a therapeutic perspective this was not an avenue I would usually pursue. I knew it was possible, but perhaps costly. Theresa was adamant.

She contacted the funeral home and explained her conundrum. The funeral director’s response was the proverbial “music to her ears”:

“We can exhume your husband’s body, Theresa, but there is a cost. Are you sure this is what you want? Have you spoken to a grief counselor or a therapist?”

Ronald’s body was exhumed two days later. Theresa brought the belt to the cemetery. Once the casket was opened, Theresa wound the belt through the belt loops of Ronald’s beige khakis. She buckled it with great satisfaction as she nodded to the cemetery workers. They lowered the casket for the second time. Theresa returned home, satiated and hopeful. She never experienced the haunting again.

NOTE: This is a true story. Names, locations and details have been changed to prevent identification.