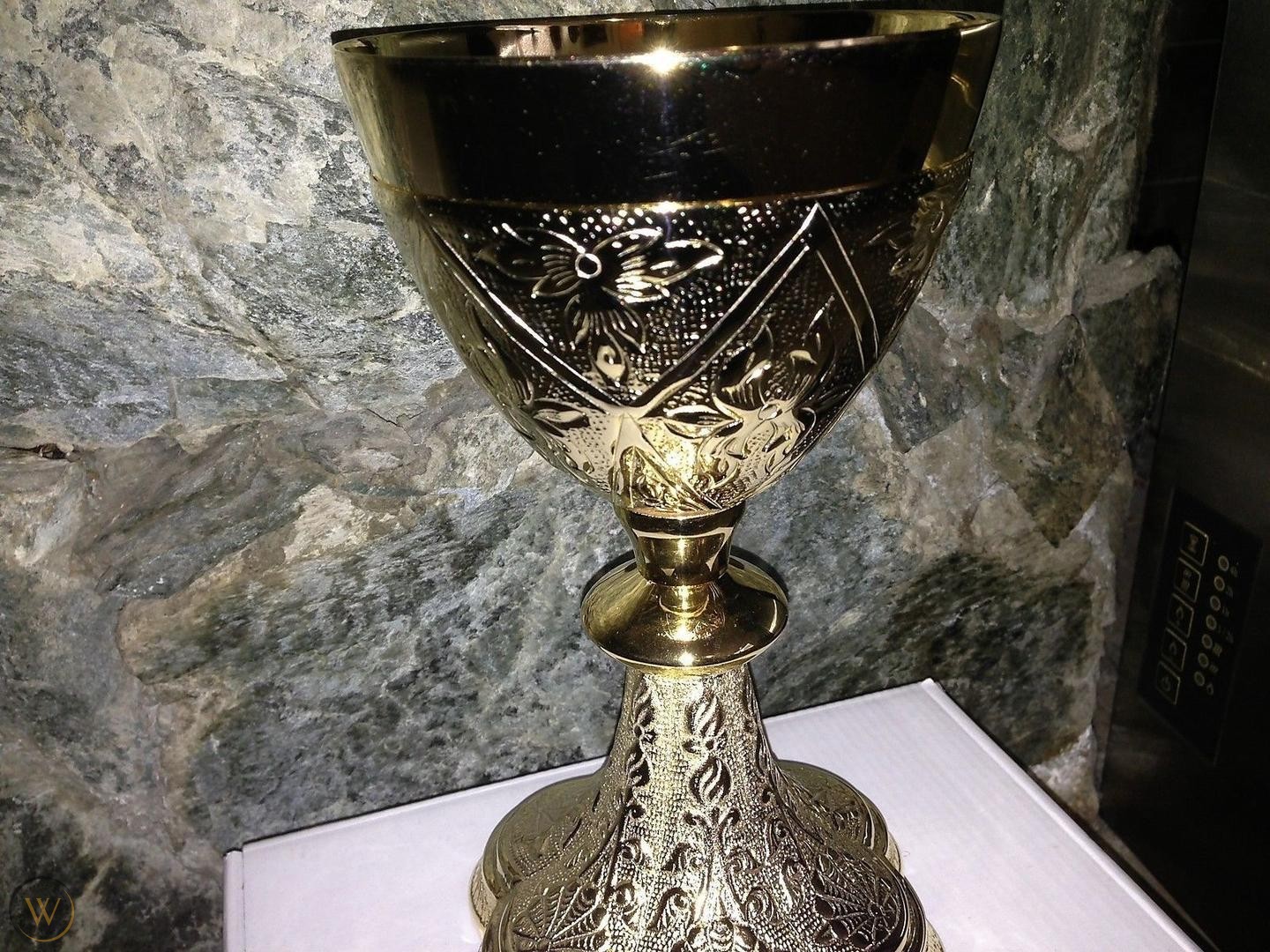 We buried the first mortician’s daughter last week (see RINewsToday, GriefSpeak ”Like a drop of dew”, May 15, 2020). My first thought was:

“I need to get dad’s chalice.”

When my father died in February of 2003, my family purchased an intricately carved silver and gold chalice for the priest to use during dad’s funeral mass. Since then, dad’s chalice has been used for our growing family for baptisms, funerals, communions, confirmations, and death anniversaries. It occupies a safe haven at St. Mary’s Church in Cranston, but we transport it when these gatherings take place in another church. Grandchildren and great grandchildren often crane their necks and query:

“Is that Papa’s chalice?”  Despite the fact that many have never met him. His legacy lives on the altar.

The chalice represents my dad’s presence at each of these occasions. It makes perfect sense to have dad’s chalice at his sister, Pauline’s, the first mortician’s daughter’s, funeral mass. Until it wasn’t.

COVID prevented us from having a mass. No mass. No communion. No chalice.

I’m confident that many of you can identify with this sadness, this grief, and the stop sign which prevents us from carrying out family traditions. When a loved one dies, we grieve for ourselves. Yet in this surreal period of time, even our efforts to craft a different way of grieving and holding onto symbols are fraught with frustration.

My clients find comfort in keeping an article or a piece of clothing or a symbol of those that have passed. An unwashed sweatshirt that holds their scent, a poem, a flannel shirt, a page of unsung lyrics, a chalice.

My dad was known for his neckties. When he died, 7 of his grandson’s divvied up his ties, and wore them on special occasions. 17 years later they still do.  I have dad’s sweatpants and bathrobe. The scent is gone but the memory remains.

I remember attending an event where Theresa Caputo, the Long Island Medium addressed a crowd of over 2,500. My friend came along, holding her son’s ashes in a maroon, velvet pouch. She hoped that he would “come through.” Teresa walked around the large auditorium, thousands of people sitting in raked seats at Foxwoods. She walked up and stopped in front of us. My friend was excited. Teresa then said:

“A man is coming through. He is holding his throat. Did a love one die of throat cancer?”

No one in my row responded affirmatively.

“He is telling me about ties. (Pause) Neckties. Do neckties mean anything to anyone?”

It took me a minute.

“Yes! My father!” I exclaimed.

“He is telling me that he choked to death. Does that make sense?” asked Theresa.

“Yes, he did!” And all my nephews kept a few of his neckties!”

“Well, he is telling me that he truly loved his family above all else, despite his love of golf and partying.” quipped Theresa.

He never mentioned the chalice. Yet I know he knows.