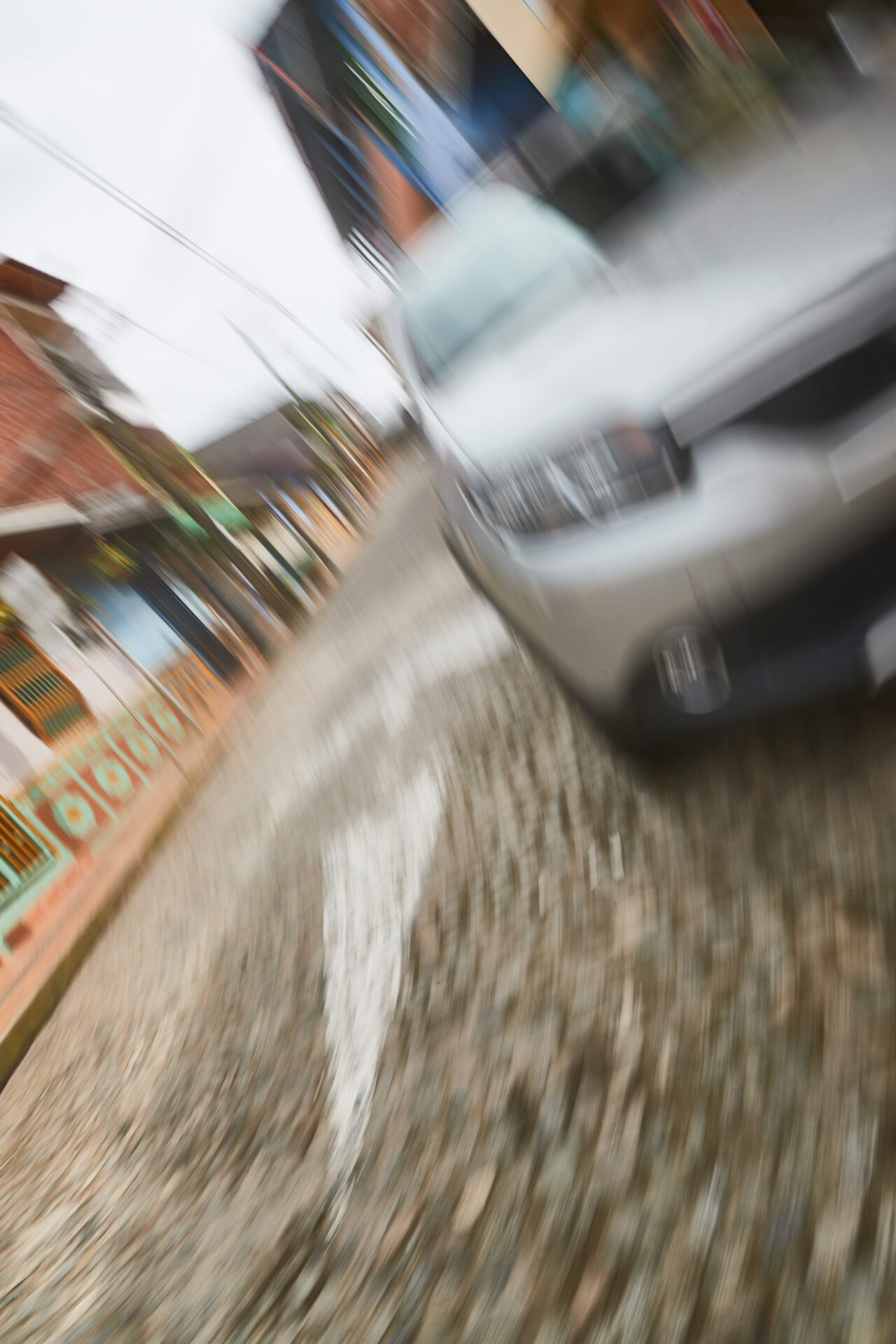 On Tuesday, February 8th at approximately 4:13pm, Mercy and I were involved in a hit and run accident. We left Adult and Teen Challenge after meeting with a new resident. Resident H lost four people in her life: her three brothers and her fiancé, to unintended fentanyl overdoses within a 5-year period. She is twenty five years old. Her parents were addicts as well. We stayed a bit over the allotted one-hour to wrap up her grief before our next session. It was a first session, one that begins with me inviting residents to speak by stating “Tell me your story”.

This first session is designed as an assessment – to determine whether she feels comfortable with me, and I with her. There is never enough time to complete the entire story, but tears and sobbing while telling one part of the story and smiles when she tells me about another provide me with a great deal of insight as to what loss demands immediate attention. Some often refer to this first session as a “hit and run.” We garner a great deal of information but lack time to sit with the painful aspect. Next session.

Mercy and I left the women’s home, cutting through the neighborhood from Elmwood Avenue to Broad Street, with a plan to hop onto Thurbers Avenue and then to the highway. This is the same route we take every week after volunteering at the women’s home. As we turned right onto Broad Street and entered the left turn lane, I was thinking about the story I had just heard and was shocked out of my reverie with an unexpected bang. I looked over only to see a white box truck, which was originally to my right come up next to me and pass me to take the same left I planned to take, smashing into the right side and front left quarter of my car, pushing us over to the left. I honked my horn while the world around me was moving in slow motion – well, everything except the box truck. I expected that the driver of the truck, which proudly displayed “Ruby’s Cleaning Services” on the side was planning to pull over into the CVS parking lot so that we could exchange information. My faith in my fellow humans never entertained the thought that he was leaving the scene. When I saw him pick up speed I realized his intent, which I couldn’t fathom. We hear about hit and runs but never expect it to happen to us. Yet, why not?

There were several men on the sidewalk who rushed to my aid, as my shaking hands attempted to call 911. Providence Police responded and wrote up the accident report. I was still incredulous over what happened – the policewoman, not so much. Fortunately, my car was wobbly but drivable, yet I was too shaken up to drive. I sat in the CVS parking lot and practiced color breathing just as I would suggest a client do. I finally calmed down enough to drive home very slowly, very carefully. I was hyper vigilant, thinking I may get hit again.

I am reminded of how life can change “on a dime”, and thankful that we were not physically injured, but my faith and trust in the goodness and morality of human beings was.  Perhaps I have been naïve, but no longer.

It is my hope that there were cameras at the intersection, and/or the shop owners witnessed what happened… perhaps someone took a picture of the license plate. The world was moving so slowly and a bit in reverse. It was this literal hit and run that took over my thoughts of the emotional hit and run story of the four unintended fentanyl overdoses and the young girl in a residential rehabilitation facility, struggling in a newly found sobriety, and raw with the reality of the losses in her life without the emotional camouflage of numbing drugs.

NOTE: If anyone has any information about this accident, or “Ruby’s Cleaning Services”, please contact me through RINewsToday.