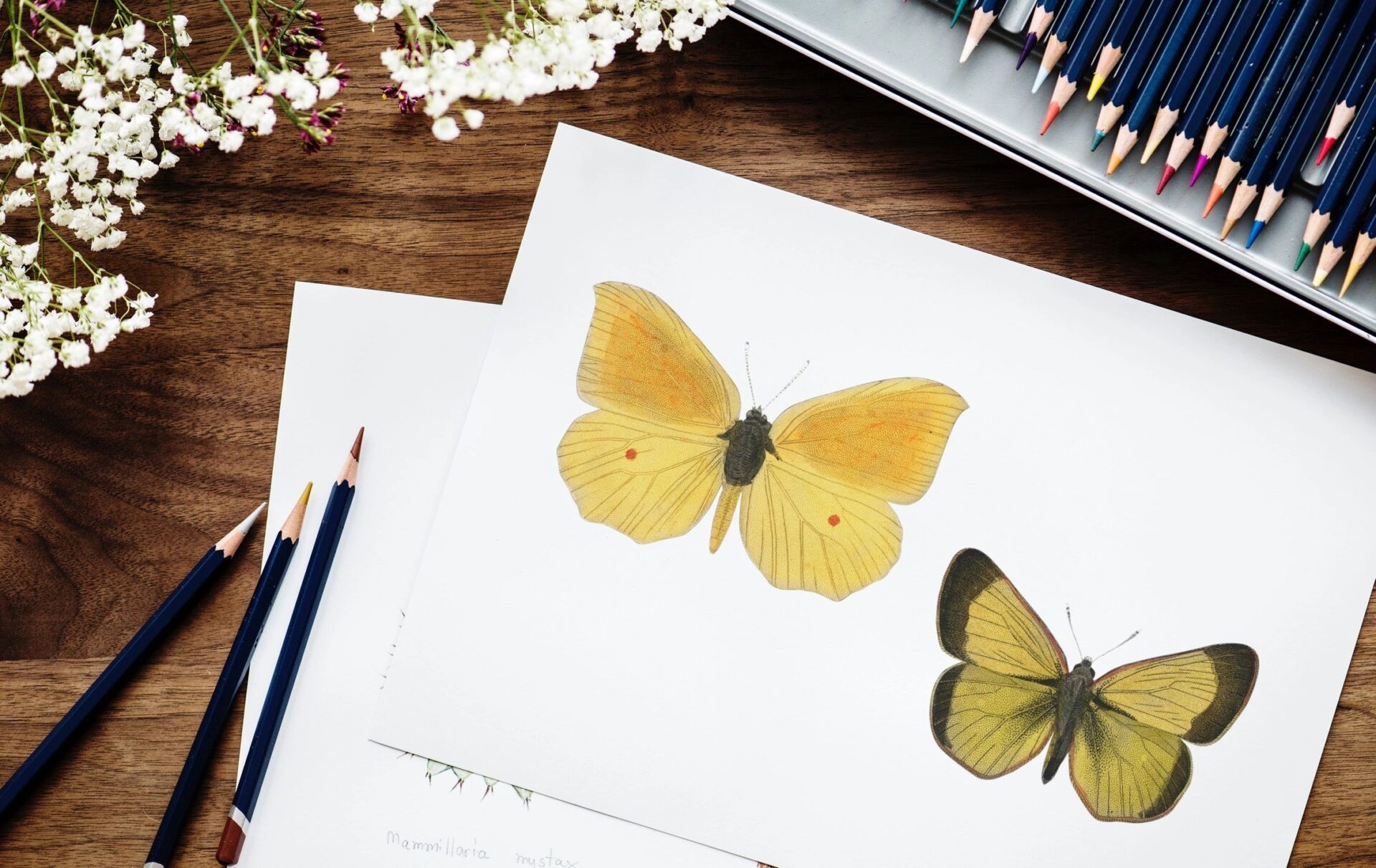 “If you’re lost you can look and you will find me, time after time” (Cyndi Lauper)

Tuesday, January 25th was my brother Bobby’s 68th birthday – his first in heaven.  Only six months since his sudden and untimely death. My plan was to bring a butterfly on a wire (so it appeared to be flying) to place in the soil, but worried about the frozen earth. It was 43 degrees that day and the wire slipped easily into the ground. “Thank you, Bobby”.  In place of his unfinished monument was a large white rose bush, with white hydrangeas and butterflies interwoven between the vines, while a painted plaque of Mother and Child had been gently laid at the foot of the bush. My mom, who had fallen at Thanksgiving and was not allowed to drive, was released from this restriction on Monday. Her first foray was to the cemetery where she placed the plaque of Mother and Child. She told me that she placed it gingerly on the uneven ground so as not to fall. She was concerned about bending over to place it. “Thank you, Bobby.”  A balloon flying in the wind said “I love you” from Auntie Joni.

I have begged Bobby for signs. He came to my daughter, Lindsay. I’ll take it!

In Lindsay’s dream she saw “Uncle Bobby” across a crowded room and ran to him.

“What are you doing here? You’re dead!”

She said he had the biggest smile on his face that she had ever seen. He walked towards her, and they hugged.

“Everyone misses you so much!” Lindsay muffled, as her face was pressed again his shoulder in a hopefully unending hug.

“I just wanted to tell everyone I’m okay. I am very happy.”

Lindsay broke the hug and in a breathless, excited voice grabbed his hand:

Then he was gone.

I love this dream. Why he chose my daughter over all the many other family members, I don’t know; however, she is the one person that everyone would believe.

Just last night I received a Facebook message that stated the following:

“Mari, I woke up this morning and immediately Bob Nardolillo came right out of my mouth… .just felt like I needed to let you know… (I know you don’t know me) and that this morning was a signal to me to be praying…”

“Thank you, Bobby.” And – Happy Birthday.