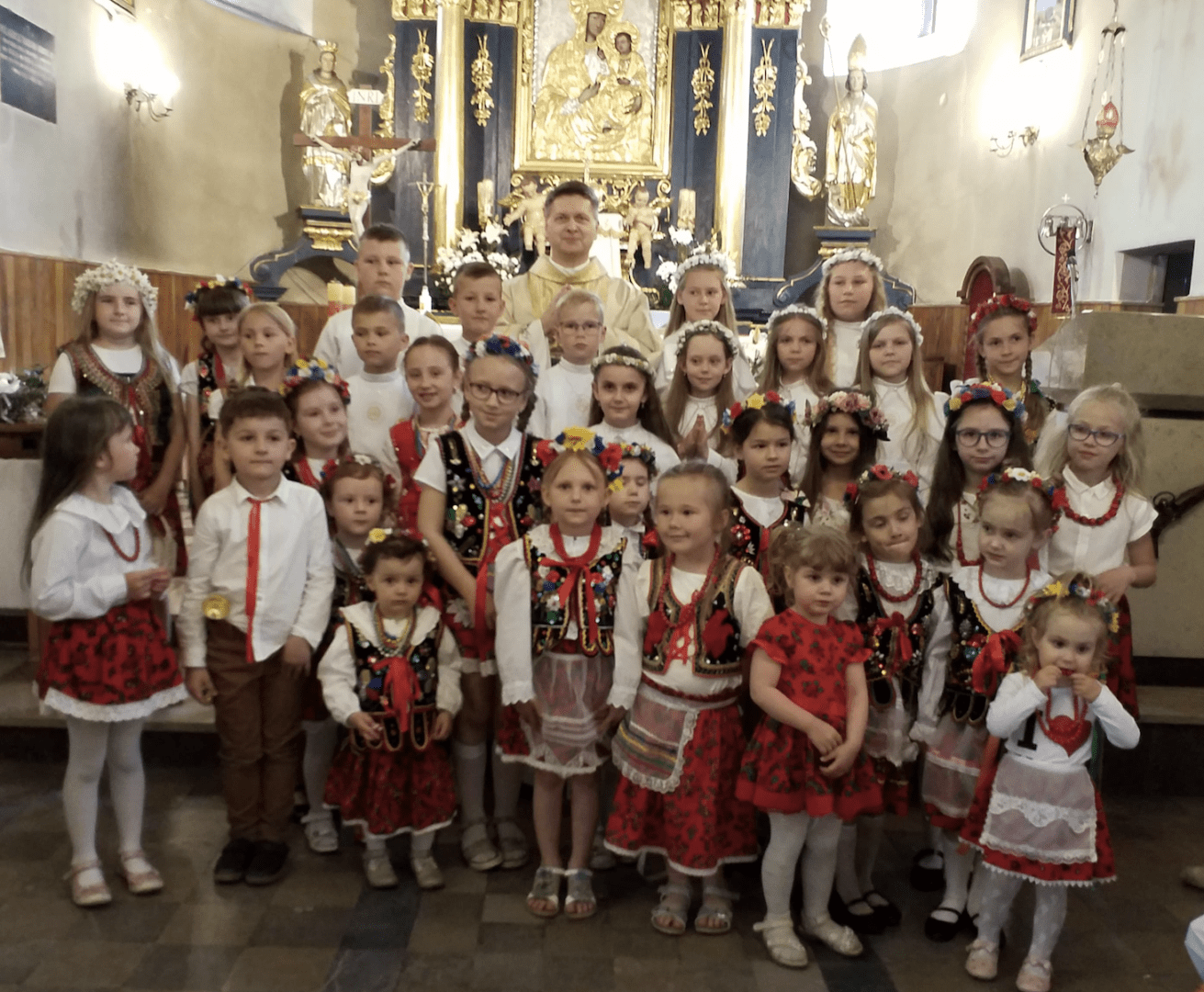 GriefSPEAK: For Ukraine. We will lift you up. From Rhode Island to Poland – Mari Nardolillo Dias

It was the 1990’s when I returned to school to study acting. Already a professor, I was an idiosyncratic, older student in a bevy of 20 somethings at the Community College of Rhode Island. I was an easy cast for the directors – the oldest character in the play! One of the productions was Shmulnik’s Waltz, a Jewish comedy. I played “Minnie – an ageless, gregarious prostitute that captures Schmulnik’s eye and beds him.” Theater has a way of creating a new family, albeit transitory, as one virtually lives and breathes with their fellow cast members for months on end. You dine out together, share your daily struggles and sometimes nap when it’s not your scene. One of my fellow actors was a young man named Maciej. Maciej, originally from Poland, was part of my Schmulnik family; however, he moved back to Poland following our final production and celebratory dinner.

We lost touch for a few years and reconnected about a decade ago via social media. It was during this reconnection that I learned Maciej had become a Roman Catholic Priest and was currently the pastor of a small parish in Krakow. We stayed in touch and then… Russia’s invasion of Ukraine happened. I called Maciej to check on his well-being and asked about Ukrainian refugees. His response was not surprising.

He told me he was expecting a group of refugees within the next few days. He was advised that the first group contained about 60 mothers and children. From that point on we spoke nearly every day. It was another God wink for me! Rather than donate to the statewide donation centers, I chose to “adopt” this parish and provide Maciej with what they needed. Once they arrived, his parishioners opened their homes for the refugees. As of this week, more refugees continue to arrive, and the humanitarian needs cannot be met by the parishioners for much longer. Maciej and I are now involved in a different type of dance. No longer a waltz but one with a frenetic beat.

I posted Maciej’s “wish list” on social media. Sleeping bags, blankets, towels, toothpaste and toothbrushes, shampoo, soap and diapers. In one week, I was overwhelmed with the amount of Amazon packages that arrived at my home! Everything I listed and more have been left in several designated locations across the state. This weekend I will box up everything that is currently bagged. I have no words to tell you how this warms my heart, as Maciej sends me pictures of the children, along with the children of his parish bonding, praying and singing together. These are no longer nameless faces and names, but people I hope to get to know better. Soon. Compassion helps with grief.

Now I am faced with an expensive proposition, the price of shipping to Poland. I have pursued every venue imaginable, but no one can guarantee that the boxes will get to this particular parish. I have contacted a Ukrainian church in Rhode Island, and the price is $12.95 per box plus $1.30 per pound. This is far more reasonable than other quotes, and they can assure me it will get to Father Maciej.

They are eagerly awaiting our “gifts” (I added coloring books and crayons!). I will not disappoint.

If anyone would like more information or willing to help offset the shipping costs, you may Venmo me @Mari-Dias-1. God Bless You. Each and every one.

You can also use my Go Fund Me account – and I thank you all:

She is the author of GriefSpeak, Vol. 1, Stories of Loss