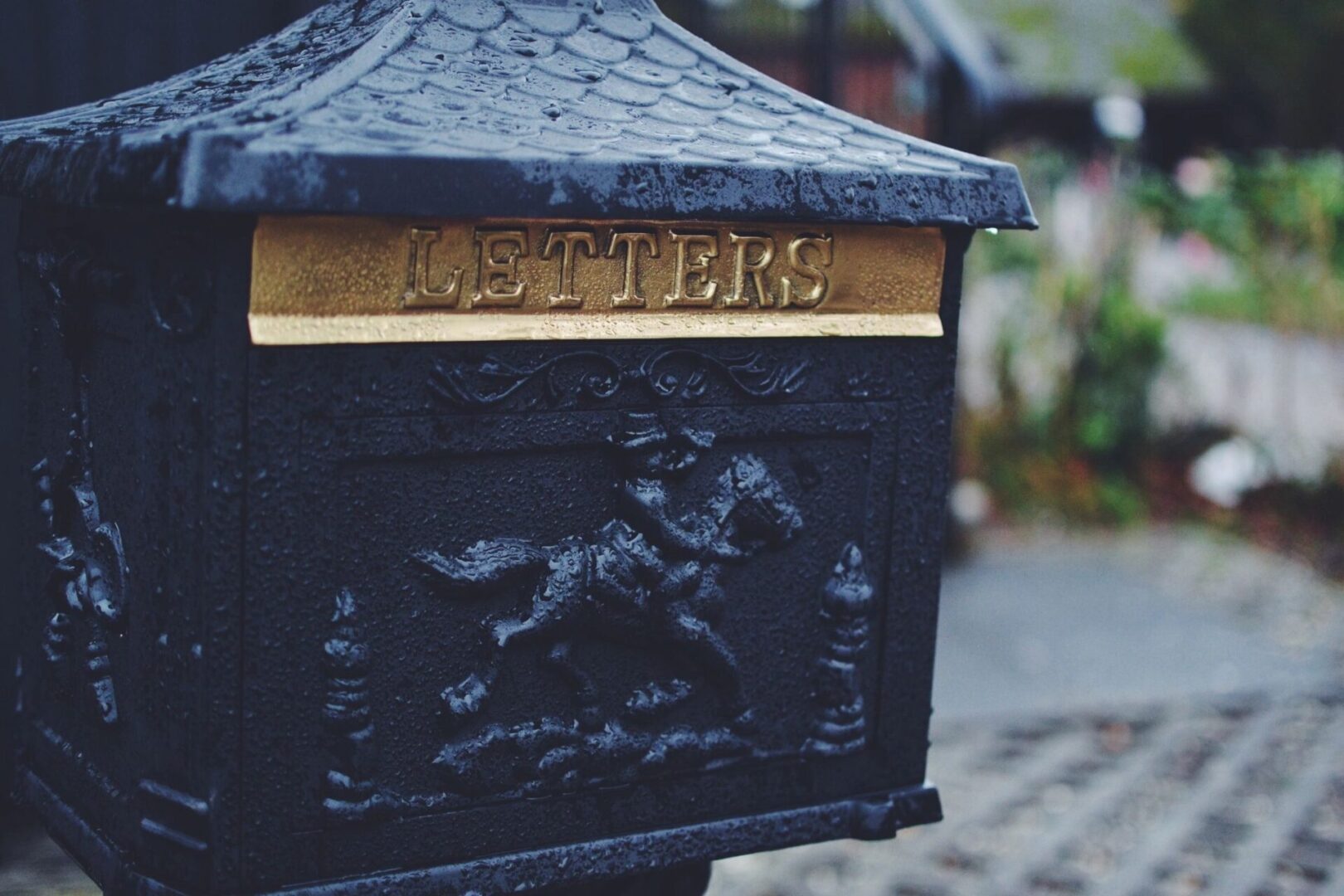 GriefSpeak: Death Ends a Life, Not a Relationship

“The Waiting is the hardest part

Every day you see one more yard

The waiting is the hardest part (Tom Petty and The Heartbreakers, Hard Promises, 1981)

Sarah was ten years old when her fourth grade teacher gave the class an assignment. Sister Gertrude walked up and down the aisles of desks, and as she walked she offered each student an opportunity to choose one of thirty envelopes that sat in the basket she carried.

“Each one of you will choose an envelope that contains the name and address of another young person from a different country. The name you choose will be your pen pal!”

Sarah was quite excited for this novel English assignment. Several students rifled through the envelopes to access the choices before picking one. Sarah was a curious and gifted child who loved to read and write. She closed her eyes and reached up and into the basket. She believed in fate. Her envelope had the name “Patrick” written in Sister Gertrude’s palmer method penmanship, along with an address – Kerry, Ireland. In retrospect, Sarah remembers how exotic the idea of writing to Patrick from Ireland was in her ten year old mind. She dashed home from the bus stop that same afternoon, and wrote her first letter to Patrick.

“My name is Sarah Jones. I am 10 years old and live in a pretty town in Massachusetts, USA. I have one sister and 2 cats, Portia and Phoebe. My mom is a teacher. My dad is a carpenter. I am very excited to meet you. Please write back soon.

Even though her mom told her it would be quite a while before she received a response, Sarah checked the mailbox religiously. Every day. Her mom showed her where Kerry was on the globe, and traced a finger from New England to Ireland.

“Sarah, do you see how far your letter has to travel? Patrick’s letter needs to travel the same distance back.”

Sarah tried to busy herself with after school activities: jump rope, bicycling with her friends, playing hide and seek and tag – all in an effort to appease her impatience. The waiting is the hardest part.

One Wednesday, as Sarah checked the mailbox for the third time that day, she noticed a crumpled up yellow envelope merged between the pile of bills and grocery flyers. It was addressed to her, with a return address of Kerry, Ireland.

We have the same assignment. I thought a boy would pick me but I’m glad you did. I liked your letter. I have one sister and many sheep and cows. It is very green here with lots of room to run and play.

Please write back and send a picture.

Thus began a life-long correspondence between the two. They did indeed share school pictures, every year, and during adolescence Sarah remembers a “bit of a crush on both sides”. Their letters contained the happenings of the day in their respective countries, families and school. Eventually they both went off to local colleges when the letters were consistent but the news sparse; however, each of their letters expressed a desire to meet in-person someday. After college both Sarah and Patrick married someone they met in college. Yet the letter writing continued. As time went on the pictures morphed into proud parents of newborns, then toddlers, weddings and finally family pictures with grandchildren surrounding them. They spoke of their parents who had passed, a granddaughter who was taking ballet, a grandson who played soccer.

The letters span over 50 years.

Recently Sarah’s husband passed and she poured her grief out to Patrick. His wife had passed a few years back. Now, with both of them in their late sixties, they agreed it was finally time to meet. Sarah would fly to Kerry and Patrick and his sister, Colleen, would meet Sarah at the airport.

Sarah attempted to explain her anticipation, excitement and dread to me. The prospect of meeting Patrick after all these years filled her with a flurry of emotions and anxiety. Never lovers but best friends and confidantes, Sarah prepared for the trip. She kept each and every one of his letters, which she packed in a satchel to prove to him that she had indeed saved all his correspondence. She boarded the plan, put her smart phone on airplane mode and slept most of the flight, with the help of a few martinis and memories of reading “Griffin and Sabine.”

She missed the text. When she arrived she recognized Colleen coming toward her through the throngs of travelers. Sarah thought she looked upset. There was no sign of Patrick. Teary eyed, Colleen approached Sarah and wrapped her arms around her.

“Father passed on this morning. It was very sudden. A massive heart attack.”

Sarah fell to the ground, as travelers stopped to help her and airport security came to assist in what they perceived as a medical crisis. Sarah had fainted. The irony was not lost on Sarah. After fifty plus years of a relationship with someone she considered her soul mate, a man she told all of the mundane as well as all of her inner most thoughts and secrets to, the confidante she was finally about to meet and hug – was gone. Although neither had left a word unsaid, there was great sadness in the fact that they had never truly met.

Colleen never married and kept up the family farm. Sarah accompanied Colleen to the family home where Patrick had lived as a child – where he had written that first letter in his ten year old handwriting.

Sarah attended Patrick’s wake and funeral. As she knelt at the casket she stroked his cold cheek, and ran her fingers through his hair. She said a prayer and then whispered in his ear:

“We gather today to mourn

We’ll meet again before too long

We can question why you were called

Remember God has a plan for us all

Following the priest’s prayers at the cemetery, throngs of people gathered for the collation at the family farm. Sarah recognized many from the pictures Patrick had sent. She recalled many other’s names from the stories Patrick had shared.

When everyone had depleted the vast amounts of food and beer, they left, leaving Colleen and Sarah alone in the house. Both women were silent, quiet in their own personal reveries as they sat in the family sitting room. Sarah was thinking of the satchel of letters she brought to show Patrick. Colleen was thinking “Should I share something with her?”

“Sarah, would you like to see my brother’s childhood room? He has visited it many times over the years, but always locks the door when he leaves. If he were here I think he would want you to…..”

Sarah agreed, and tentatively followed Colleen up the stairs and down a hallway to a door facing them.

Colleen knew where her brother kept the key. She had always known. She unlocked the door and stood aside for Sarah to enter. Sarah gasped and lost her breath. Only for a moment, as the bittersweet view came into focus. Patrick had wallpapered his entire bedroom with each and every one of Sarah’s letters. From her very first letter, written for an English assignment to a ten year old boy from Kerry, Ireland, to her most recent announcement containing her flight information.

It was the loveliest, heart-breaking tribute to Sarah. Sarah returned home to mourn the loss of both her husband and Patrick. She wrapped herself in her husband’s old sweater as she opened her satchel and gingerly and lovingly took out Patrick’s letters. Slowly and methodically she began to wallpaper her room…