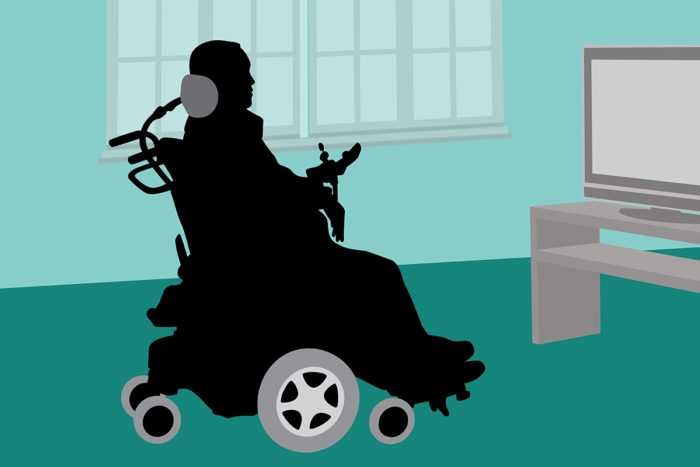 (All names, places and identifying factors have been changed.)

As a child, Gregory watched the young girl next door as she hung out the wash on the clothesline in her backyard. As he grew older, he thought he might be a priest and he created a makeshift church in his basement. The girl next door attended mass every week. He never became a priest, but he did marry the girl and became a nationally renowned hockey player. He was a star goalie in both Canada and the United States in the days when a helmet was not even an idea in the NHL. He wore a “0” on his uniform because no one could score against him. He was invincible, until ALS became his biggest competitor. ALS, or Lou Gehrig’s Disease is an insidious enemy which affects the ability to walk, speak, swallow and eventually breathe.

I met Gregory about 6 months before he died. I sat with him every Friday and watched the NHL cable station. He was still able to talk and walk and he gave me a blow by blow description of every play in the game. Eventually we began to watch and play “Family Feud”. He was always such good company. He called me “Big Gulp” because I always had one in my hand when I arrived. His family would go out to do errands while we entertained ourselves and each other.

Gregory had a “lift” chair that assisted him in getting up off the chair. It worked by a remote control. I sat on a chair directly next to him as he regaled me with stories of the girl next door hanging clothes and hockey. Always hockey – and the love of his life.

One day I sat in my usual chair and unbeknownst to me I sat on the remote! As I spoke to Gregory, he began to rise, along with the chair until he was over 2 feet in the air. The two of us shared a very special moment as we laughed hysterically over the situation. It is those moments I remember, those moments I am humbled to be part of.

When Gregory’s son came to me sobbing and said, “The nurse said dad is going to be dead in two weeks,” I responded with “He is going to live for two more weeks! I know you don’t feel fortunate right now, but hindsight will shine the light on these two weeks, where you can provide dignity, love and comfort. You have 336 hours+ to spend with dad. And you will treasure those hours forever”.

It’s odd that I can google his name and see all the YouTube clips of his famous goalie moves. I never met that young man who had copious amounts of trophies. I met an elderly man with ALS who stole my thoughts with his wit and humor. Each of our moments combined created fond memories that I remember like it was yesterday, even though five years have passed. I can still hear his laughter and his words of wisdom. I have worked with dozens of end of life patients since Gregory, but he was one that stole my heart. This article is for Gregory, his family, and for all who embrace end of life with grace, wisdom and humor.