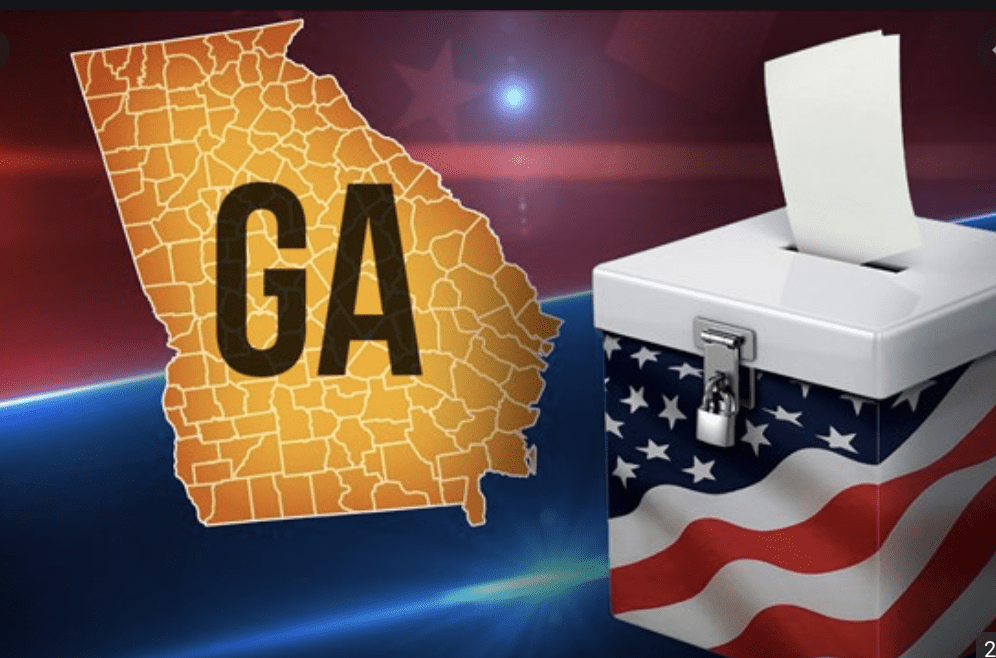 “Georgia on My Mind” – Herb Weiss

Rewriting election rules has ramifications for voting accessibility of older adults. According to the National Conference of State Legislatures, Republicans now control 30 state houses with 18 being controlled by the Democrats, one legislature being nonpartisan. As the country looks at its election and voting rules, the background has been set for partisan politics of the highest order.

With this backdrop, legislation is being drafted to rewrite election laws. These steps could disproportionately impact minority communities. According to the New York City-based Brennan Center for Justice, as of Feb. 19, 2021, there are 253 bills with provisions that could restrict voting access pending in 43 states. More than a quarter of these voting and election bills address absentee voting procedures.

The legislation restricting voting includes creating stricter voter ID requirements, creating additional restrictions on voter registration, prohibiting the harvesting of ballots where a third party collects and delivers absentee ballots to the Board of Elections, reducing some opportunities to vote early, barring felons from voting, and reducing the number of polls. Some state legislatures are expected to re-draw legislative districts which could also have the effect of diluting voting power and representation of specific groups.

During the 2020 Presidential election, there were more than 50 challenges claiming electoral fraud and irregularities in absentee voting were made in various courts, but most not upheld. This method of voting has been around for hundreds of years, though it is more actively used today. In the past one had to attest to their physical inability to go to the poll or that they would be away from home on election day.

According to Becca Damanta, senior research associate of the Washington, DC-based Constitutional Accountability Center, a progressive think tank, the earliest record of absentee voting occurred in Dec. 1775 when a group of soldiers from the Continental Armory sent a letter to their town asking to absentee vote in a local election. At a meeting, the town agreed to count these votes “as if the men were present themselves,” says Damanta. Pennsylvania allowed soldiers to absentee vote during the War of 1812 but this law would be declared unconstitutional in 1862. She noted that New Jersey had a similar law dating back to 1815, but this law was repealed in 1820.

Damanta stated that the first major use of absentee ballots occurred during the Civil War when Wisconsin, before the 1862 midterm elections, enacted legislation to allow armory officers to conduct the vote in their camps and then forward the ballots to the governor and Secretary of State.

“By the 1864 presidential election, 19 Northern states had legislation allowing soldiers to vote away from home, either through polling places in the field or by mailing ballots home. Some soldiers were also allowed to vote by proxy whereby a soldier designated someone at home to cast his vote. By the time the election had concluded, about 150,000 of the 1 million Union soldiers voted absentee.

Damanta added: “After the Civil War ended, the states gradually passed new laws to expand absentee voting to civilians. Between 1911 and 1924, 45 of the 48 states adopted some kind of absentee voting. In some cases, these laws required voters to have a specific reason or excuse to vote absentee, such as travel or illness. Today, registered voters can vote absentee in all 50 states, though 16 states still required a documented ‘excuse’ to do so.”

The Importance of Casting a Vote by Absentee Ballot for Seniors

In a March 2021 issue brief, “The Importance of Mail-in Ballots to Seniors,” the Washington, DC-based National Committee to Preserve Social Security and Medicare (NCPSSM), noted that just before the COVID-19 pandemic, “five states were already holding entirely mail-in elections — Colorado, Hawaii, Oregon, Washington and Utah. Twenty-nine states and Washington, D.C., allowed ‘no excuse’ mail-in absentee voting. Sixteen states allowed voters to cast a ballot by mail if they had an excuse. In the 2016 presidential election, about one in four voters cast their votes via ballots mailed to them.”

According to NCPSSM, seniors like the ease and comfort of vote-by-mail. “Those who are immobile or sick can request mail ballots, as can those who cannot drive or lack access to mass transit. Mail ballots represent a way for those individuals to exercise their rights at election time in a convenient way, with over 60% of seniors age 65 and older living in states which currently use all mail-in voting systems support moving all elections to mail-in voting,” says NCPSSM’s issue brief. 41% of voters age 50-64 and 55% of voters over age 65 voted by mail in the 2020 election.

While some lawmakers alleged widespread absentee ballot fraud in the president 20020 election, NCPSSM cited studies that found vote-by-mail to be consistently free of fraud. “A Massachusetts Institute of Technology study says it found only 0.00006% of 250 million votes by mailed ballots nationwide were fraudulent. Additionally, scholars at Stanford University analyzing 1996-2018 data in California, Utah, Washington found vote-by-mail did not advantage one political party over another, noted NCPSSM.

In 2020, NCCPSM noted that many seniors took advantage of the easier voting when staying safe during the pandemic was a competing, if not greater concern. Voting-by-mail seemed destined to become a convenient choice liked by many, regardless of the inability to call close races on election night, with some races going to lengthy counts of ballots in boxes stored in a variety of locations. This election year was the most unusual ever, and standards were developed quickly in the year where a pandemic and presidential election were occurring simultaneously. It’s clear that if these practices are to become permanent, details should be shored up for security and confidence purposes.

At press time, while GOP-controlled state legislatures move to restrict voting on vote-by mail procedures, it becomes even more important now to be sure that while the security of the vote is shored up, the constitutional right to vote is not impeded – especially for the housebound, the frail, and the elderly.

Georgia Gov. Brian Kemp, signed S.B. 202, a 96-page bill that would shorten timelines, drop box restrictions, make it easier for state officials to have control of local election boards, ban third-party groups from sending absentee-ballot applications to voters, end the use of portable polling sites, and requiring a either a driver’s license or state ID or a photo copy of their identification to cast a mail in ballot. Water could still be available in a self-serve table, but no longer would be able to be given out by volunteers representing one candidate or another.

After passage on March 25, Gov. Kemp stated, “I knew, like so many of you, that significant reforms to our elections were needed.”  He stated, “Georgia will take a step ensuring our elections are secure, accessible and fair. Republicans defend the law saying that it will preserve the state’s election integrity and root out election fraud. Some voting rights advocates view Georgia’s new law as a GOP attempt to influence an election by suppressing voter turnout, particularly from minorities. Stacey Abrams, founder of Fair Fight Action, stated, “Now, more than ever, Americans must demand federal action to protect voting rights as we continue to fight against these blatantly unconstitutional efforts that are nothing less than Jim Crow 2.0.” The Jim Crow comment has become a Democratic speaking point as it was later repeated by President Biden when referencing voter ballot changes.

Now, attention turns to Washington, DC to block GOP efforts to restrict voting in states by the passage of bills in state legislatures. The House recently passed H.R. 1, “For the People Act of 2021,” considered to be the largest overhaul of U.S. election law in a generation. The House proposal, now being considered by the Senate, can block state houses from taking steps seen as taking away the voting rights of their residents. Their legislative proposal contains a set of national mail-in voting standards, guaranteeing no-excuse mail-in voting. The act requires states to give every voter the option to vote by mail, calls for prepaid postage for all election materials and state-provided drop boxes for federal races.

Currently, 60 votes are needed to pass H.R.1’s Senate companion measure. President Joe Biden has indicated that he would support a change of current Senate rules to allow H.R.1 to pass by eliminating the filibuster that would reduce the number of votes for this legislation to pass.