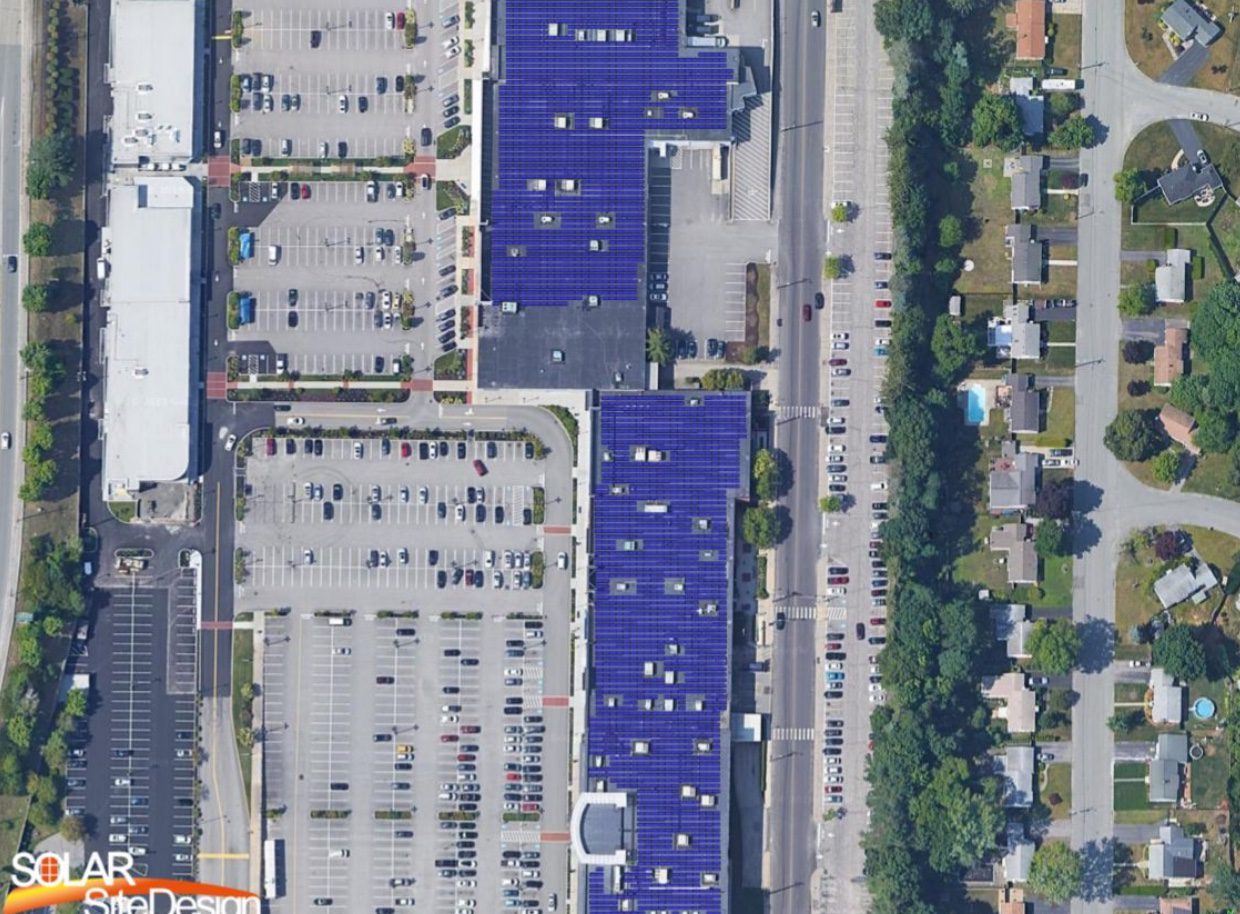 The RI Progressive Democrats have presented a proposal to make Cranston a model of renewable energy, to accomplish a 100% renewable energy power for Rhode Island by the  year 2030.

The Plan was debuted over the last few days. But the leadership acknowledge they have not met with the mayor, though they have met with various Cranston City Council members. Various resident groups are seeing it for the first time, including the Garden City Alliance, which includes homes directly  behind the area to be roofed with solar panels.

Both the Providence Journal and The Public’s Radio have carried stories with details on the 43+ page plan, which looks like a template that can be localized for a particular city location. RINewsToday.com hopes to learn more about the details of the plan. The image shown is the back building area of Garden City Shopping Center, which is privately owned, and in the news now as being for sale.

Here is the interview with representatives of the RI Progressive Democrats on The Public’s Radio:

Here is the link to the full plan: