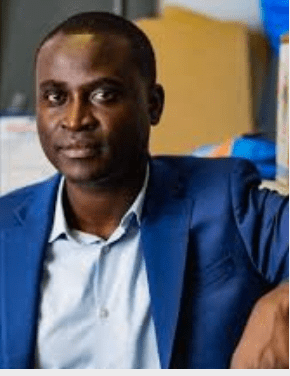 Can a refugee from Gambia, in a predominately white, Catholic and Protestant state win a federal election in the Ocean State? Dr. Omar Bah, founder of the Refugee Dream Center and an advocate for Rhode Island’s refugee community, joined a long list of would-be candidates when he announced his bid for Congress last month. Dr. Bah is campaigning in a district that includes Westerly and Exeter and is 79.2% white and 4.0% black.

As of this week, at least five other candidates, including former Democratic Party Chair, Edward Pacheco, and Treasurer Seth Magaziner, have announced their intentions to run to replace the seat left by Congressman James Langevin, who has held the seat for two decades.

Most of the candidates running or expected to run are white, male, and mainstream Democrats. A torture survivor, former journalist, and refugee from The Gambia in West Africa, Bah is the author of the book, Africa’s Hell on Earth: The Ordeal of an African Journalist. Having represented the state of Rhode Island at the Refugee Congress of the United Nations High Commissioner for Refugees (UNHCR) in Washington, DC, and holding numerous degrees including a master’s degree in Public Administration from Roger Williams University, and a doctorate in Leadership Psychology from William James College, his education and compelling story makes him a unique candidate.

However, Bah is different. He is Black, with no former connection to Rhode Island’s political pedigree and has never run for political office. When asked if he could raise the money to be competitive in the campaign, Bah dismisses the question. “I am running a different campaign”. While he has not signed on political consultants, Bah has met with Nuñez, The People’s Agency, a marketing agency serving progressive causes and political candidates.

In 2017, Bah was able to return to The Gambia after a decade-long exile. His trip was an effort to reconnect with his home country and bring a sense of closure to his life in exile.

While there is no question that the time has come for the Ocean State to have more diversity in who represents voters in Washington, DC, Dr. Bah’s policies may be too progressive for the 2nd District.

In 2018, Bah spoke out against former President Donald Trump’s Muslim ban in an opinion piece published in The Providence Journal. He wrote, “As this administration rejoices about this ruling, let us remind them of the millions of people suffering across the globe, who ask for only one thing — to be helped to survive, to eat and drink, to live in safety.”

Dr. Bah’s opinions are probably unpopular with a majority of the voters he is asking to support his congressional campaign. If he is elected, Dr. Bah plans to push forward legislation to enact a major overhaul of the immigration system.

Bah, 43, would be the first Black person to represent Rhode Island in Congress. He is a psychologist, author, former journalist, refugee, and global survivor leader. He is the founder and executive director of the Refugee Dream Center in Providence. 2015. The RDC aids refugees’, efforts towards self-sufficiency and integration through culturally attuned programming, social assistance, skills development, case management, adult education, and financial literacy, health promotion, youth mentoring, and advocacy.