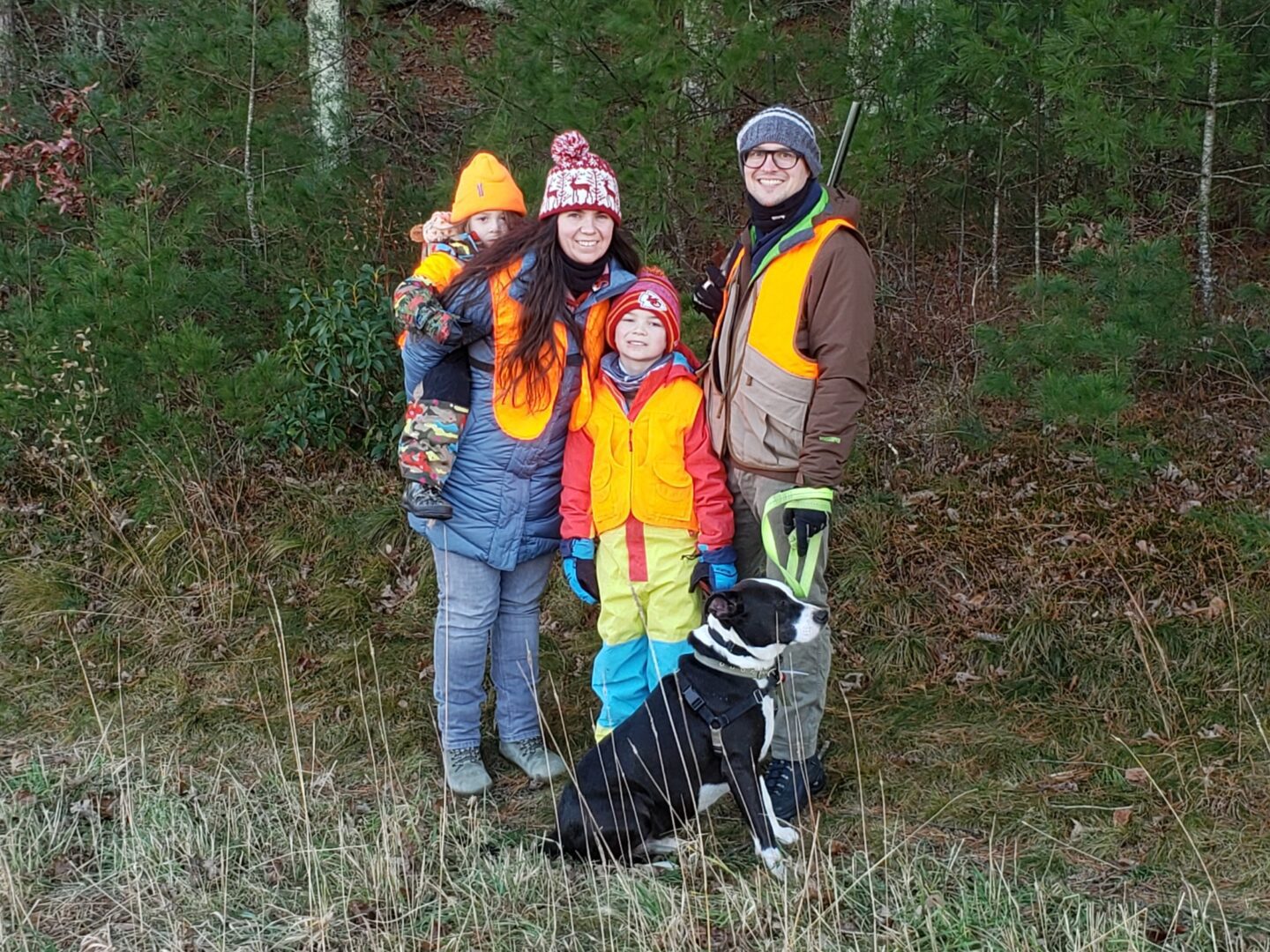 As mentioned last week it is great to see families enjoying the outdoors. Even better is the fact that some families are making hunting a family event. I encountered the Richard family while pheasant hunting in Arcadia. The youngsters were having a great time collecting feathers that were blowing around on the ground. The hunting was rather slow however, they did go home with a hen that was proudly carried by their son.  As usual, Jada was more intent on socializing with the family rather than minding the task at hand of finding birds.  It was a pleasure meeting the Richard family, and I hope our paths cross again.

On Sunday I came across the Parker Family. Dad was out hunting with his two youngsters and their pointer, Zephyr. The pointer flushed a hen in the Carolina Management Area but was missed.  Later, Zephyr and Jada zeroed in on a hen that Mr. Parker brought down. The youngsters were ecstatic at their dad’s proficiency. This writer enjoyed the Parker company on the brief hunt. Hopefully that happens again.

Now, to all the families and deer hunters – December 4th marks the start of Shotgun Deer Season. It’s mandatory for 500 square inches of fluorescent orange to be worn, but go further and wear an orange hat as well as an orange coat. The hat will make the difference whether you are seen through the brush. This writer stands 6’3” tall and just barely sees over the top of the switch grass in Arcadia and Carolina. People under 6 feet can easily disappear while walking through the tall brush. Again, 500 square inches of solid fluorescent orange is mandatory FOR EVERYONE during shotgun deer season on state lands. Camo orange is not acceptable. No exceptions!

Deer hunters: now it is your turn. Though no rubs are being seen, this author now can report a very large buck in the back of Pratt Farm hanging out at the watering holes. Jada has spooked him twice on different days. Also, there are some very large, hoofed animals around the old win-check property and numerous scrapes and sign as well. For those interested deer hunters: venison sausage w/Juniper berries is a delicacy. Tip for you deer hunters: Jada is spooking deer. Jada is the same size and color as a coyote. If you are in your tree stand on state land and see a coyote, take them out. You can be 99.9997 % sure if you have a coyote near your stand, you won’t see a deer.  Also has anyone ever seen a picture of a deer and coyotes together? That says it all.  American Fish, Big River and Arcadia are so overrun with coyotes that the coyote droppings make the fields look like horse corrals.  Eliminating the coyote population is long overdue. More on that issue next week.  For you hunters that bag a coyote on state land PLEASE email me with the animal pictured as we need to converse. Good luck this weekend and above all – be safe!

Special thanks to the Richard Family, the Parker Family, Ryan Pagano, and Jonathan Silva for use of their photos.