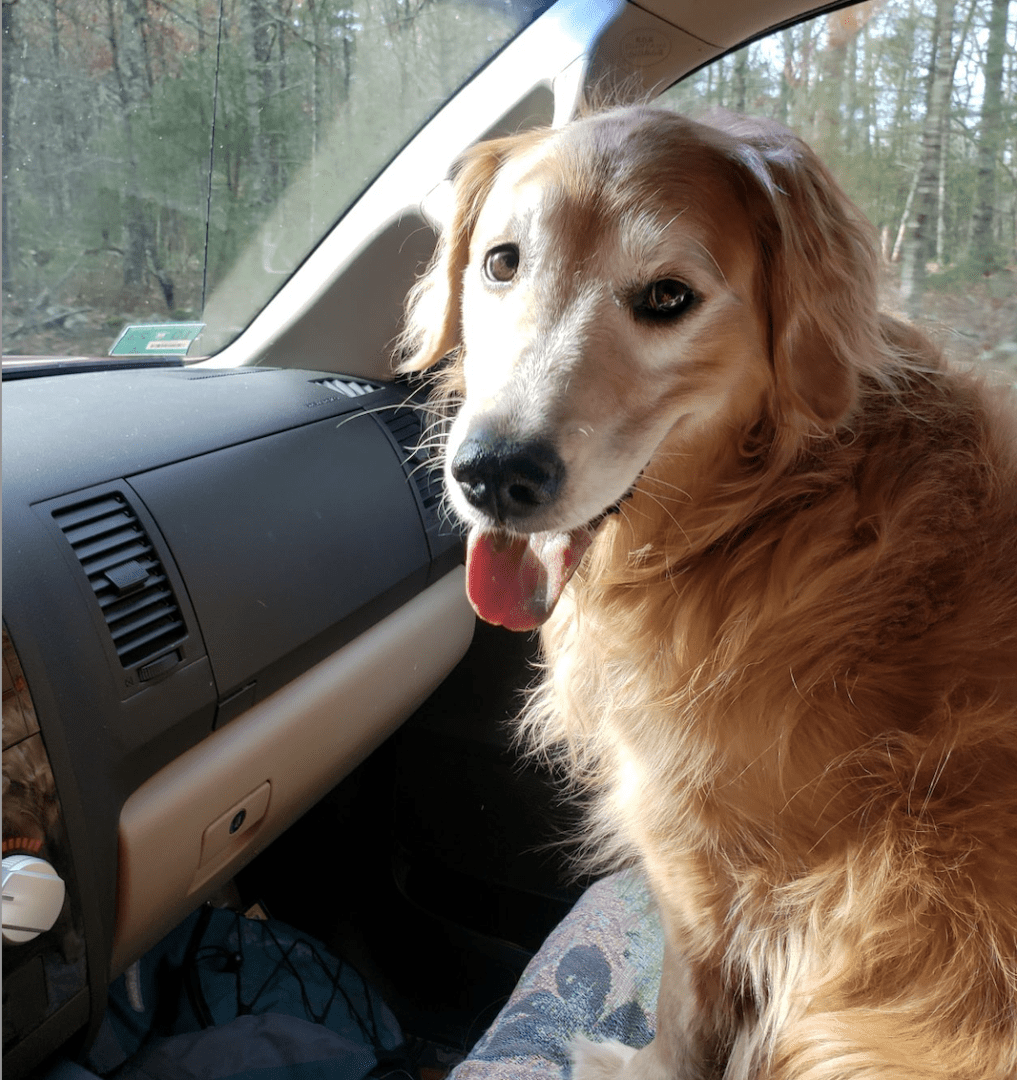 Photo: Jada: “What do you mean you forgot the ammo?”

Deer season on state land has 2.5 days left in the season. I offered a Free Dunkin Donuts coffee to anyone taking a coyote on state land, but so far, no takers. T-minus 60 hours and counting…. While this method is not supported by the RIDEM it has generated a fair amount of interest across the state. Some small game hunters may go on the offensive before the bird hours begin each day. That is a bold and innovative move. Good work!! Another hunter suggested prompting the RIDEM to allow night hunting for coyotes on state land. That is another great idea. In some respects, it would be advantageous to night hunt as it drastically reduces the chance of a person getting hurt. Hunters, keep up the great work!

One thing I would like to address is the chance that a child could get attacked by a coyote. This has happened to two young girls in Arlington, Massachusetts in September of this year.  Also, this year, a three year old girl was bitten by a coyote, a sixteen year old was attacked, and a woman was attacked, as well. These attacks all occurred on Cape Cod between May and October of 2021. The chance is real.  These attacks aren’t made up and we can bury the uneducated “trolls” with documentation regarding these attacks. Take the truth for what it is. Would you want your toddler becoming an entree for a coyote?

No Coyotes = no pheasants lost after stocking, no attacks on human, dogs or cats. It is not rocket science.  It is time to take control.  My coffee offer stands!

Jada was out in an area we are currently hunting on state land Thursday. Two points worth making:

1) There was little to no coyote droppings anywhere to be seen. What a surprise! We found pheasants in the same area. Jada also spooked a large, dark-furred creature. At first, I thought she treed a raccoon or a Fisher Cat. Nope, she treed a dark colored Tabby cat.  The cat was about ¾ mile from the nearest homes down the road. If there were coyotes around, that cat would not be. Keep that in mind about the coyote issue. There is a methodology to my commentary.

2) When we came out of the fields and woods it was 37 F and there was snow on the ground. With that cold weather Jada still had deer ticks walking on her. If deer ticks can survive those hostile conditions, they will be walking on the glaciers during the next ice age!