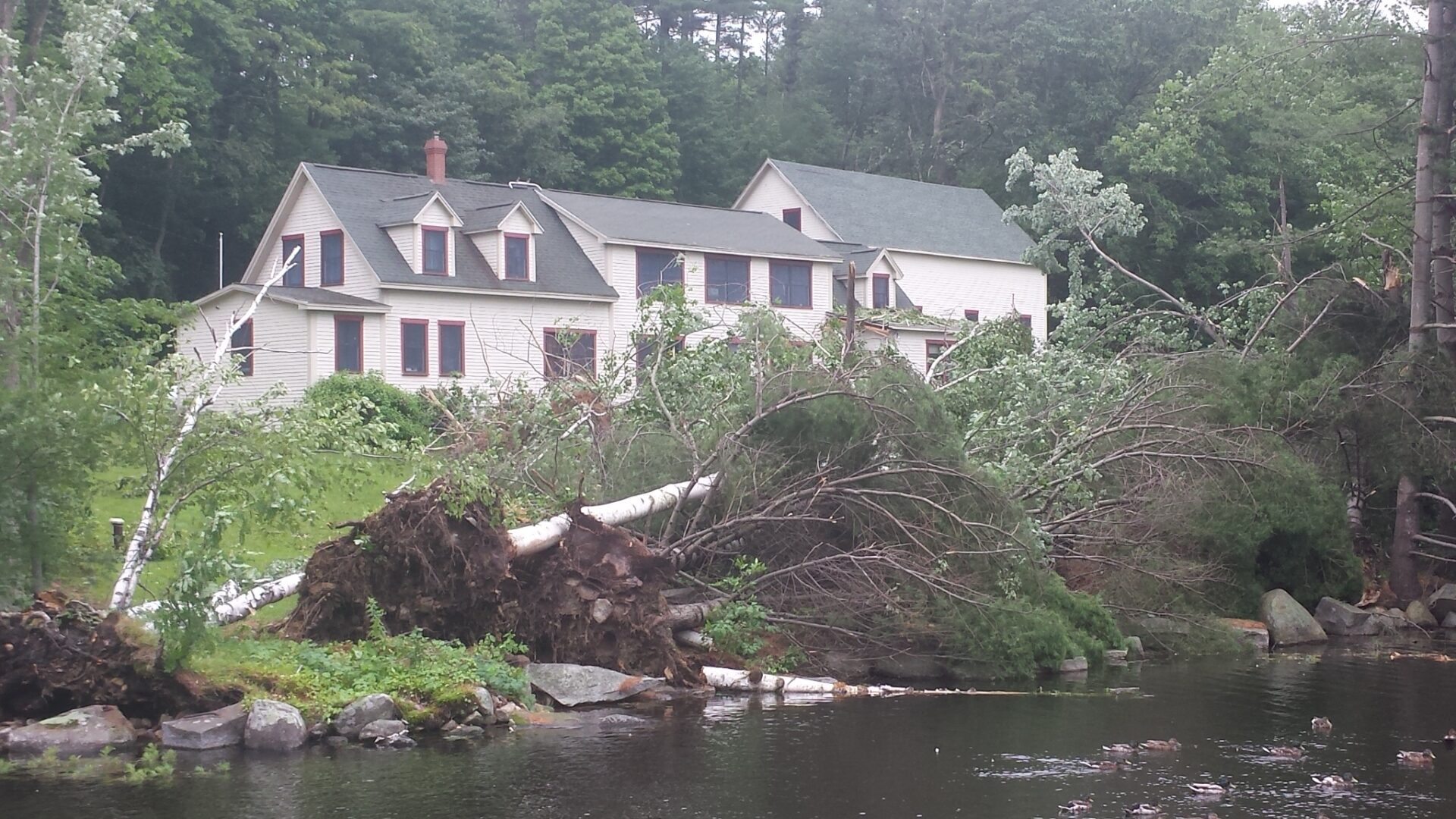 With all the hoopla about climate change, there is definitely something going on in the winds. Maine was experiencing a severe drought when I was out fishing. I noticed the lakes were down about 18″.  The fish bite has been great even though the surface waters are like bath water.  Here is the catch: the weather is becoming more severe up here. A few years ago, quarter size hail was not unusual but after hail comes tornadoes in the life cycle of a thunderstorm. I have an article in a holding pattern that addresses a theory on why this severe weather change is going on. (Story for another day).

On Friday July 2nd a series of storms came in unexpectedly. Numerous boats and fishermen headed for their cabins as the storms were moving slowly in. Though slow moving they were very intense. In my favorite little town of Belgrade, a supposed microburst did the damage of an EF-1 tornado. With a prior background in Meteorology, that storm was a tornado!

Apparently like many banned words, Mainers do not use the “T” word. Downtown Belgrade was hit hard including tearing down the town Christmas tree. The rotation moved into Great Pond and wreaked havoc. Entire dock systems were ripped out of the water and thrown onto lawns. Boats were ripped from their moorings and ended up in trees. Judging by the damage and the path of destruction the tornado was only on the ground for 2 to 5 minutes. The funnel lifted upward as it approached the east side of Great Pond and passed over a friend’s home just 1 mile south of this Scribe’s cabin. My friend said the tall oaks and pines were bent over sideways but did not snap. One has little to no chance in a kayak, canoe, nor power boat in windy weather like that.

A second dilemma is lightning. Lightning bolts are 110% unpredictable and as this scribe has personally been in a target or proximity, one cannot be too safe! Riding in a car as it is struck, or in 2 different buildings that were struck is rather electrifying. Witnessing a tree at the bottom of a hill get struck while all the trees on the hilltop were unscathed is common. Lightning warnings should be heeded.

Tip! Get yourself off the water when a Thunderstorm approaches or is sighted. Time is of the essence.