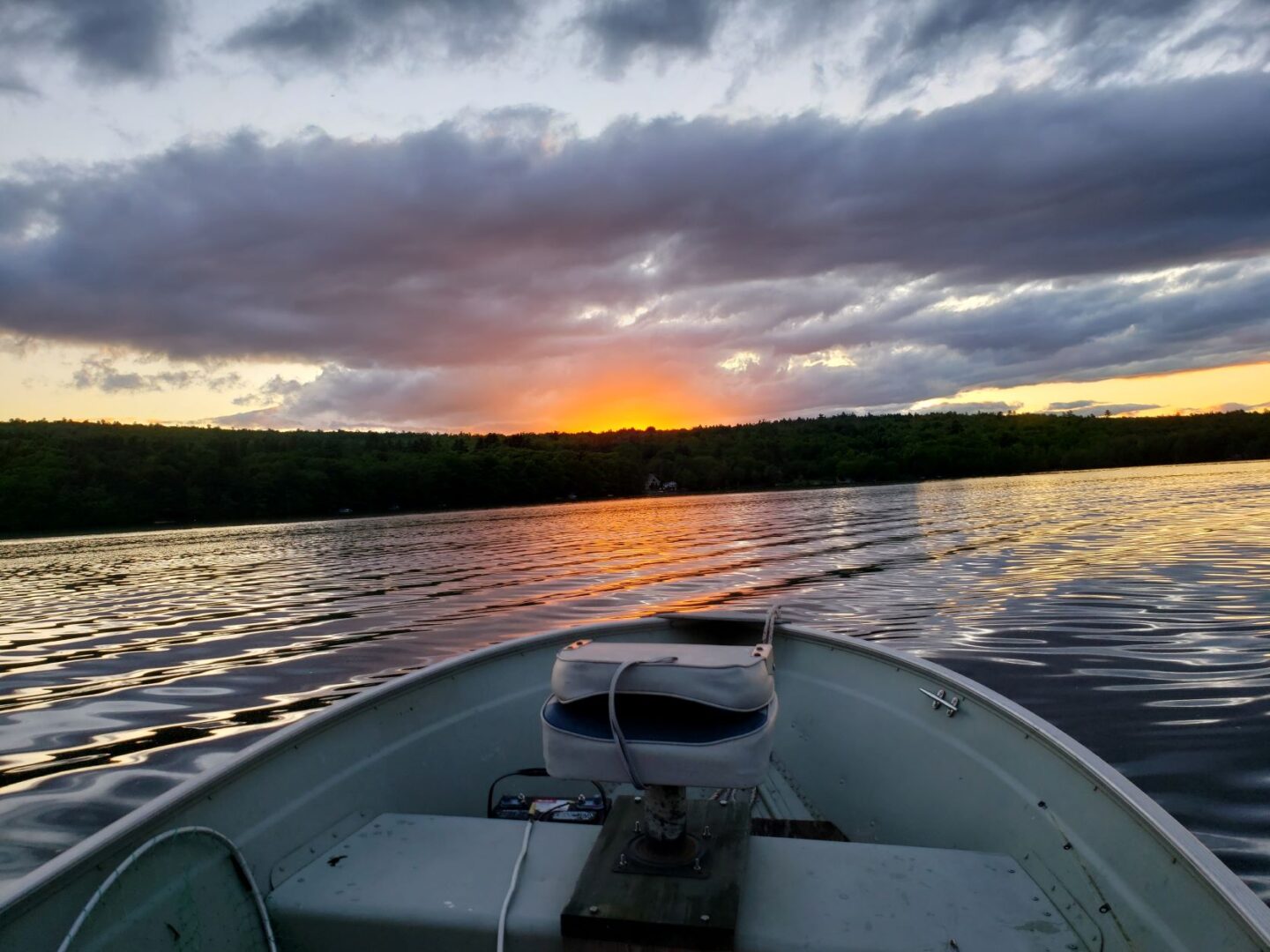 Many Maine gas stations are back selling pure gasoline. If you boat up there, be careful of “gelling” as the 10% Ethanol Gas does not mix with pure Gas. The 2 liquids form an emulsion that will severely gum up all engine fuel system parts. Another problem to focus on is your bilge pump. The owner of the pictured boat not only lost his boat in the next thunderstorm, but also lost a nice fish finder and motor.

Thunderstorms spin up quickly and can drop massive amounts of rain in minutes. This writer had 6 inches in his boat after a brief 10-minute storm. The Mercury switch is set to 7” so the water level did not trip the switch.

Be prepared to fight for 2nd Amendment rights or risk seeing them seriously compromised in Rhode Island as taking your guns away is the goal many are suspecting. Personally, five years ago I noted that “we, in the 2A community, do not belong giving money to the anti-gun politicians”.  That statement hasn’t changed. Some in the gun world were upset that I stated that. But when you see that local community gun groups gave multiple anti-gun politicians thousands in 2021, and now, to an extent, again in 2022, how can you feel that is acceptable? What do you think?

Any time now the US Supreme Court will issue its ruling on the NYC CCW case. This writer is pacing the floors like an expectant father, with hopes that it will be in favor of the gun owners. Will the ruling be sweeping, and end up being a game changing ruling?  Similar in effect to the game changing interception by Malcom Butler against the Seahawks SB XLIX or Donte Hightower’s Strip sack of Matt Ryan SB LI.

We will need to litigate most of 11-47 going forward. In the State of Maine two weeks ago, residents and non-residents could enjoy permitless concealed carry. No paperwork, no nonsense and it was quiet up there. No wild, wild west shootings. Maybe it is time to go to the US Supreme Court instead of political fundraisers. The prior would sure benefit the law-abiding RI gun owners rather than the latter.  As I write this, I am wondering if gun people/entities will force someone to take this post down. The previous mention has now occurred twice in the last year, one was a week ago. Funny thing is the same bad actors are complaining about the other side of the aisle doing the same type of censoring.  Two wrongs don’t make a right. In this case, a 2A right.

He can be reached at: trainsbythe144@aol.com.