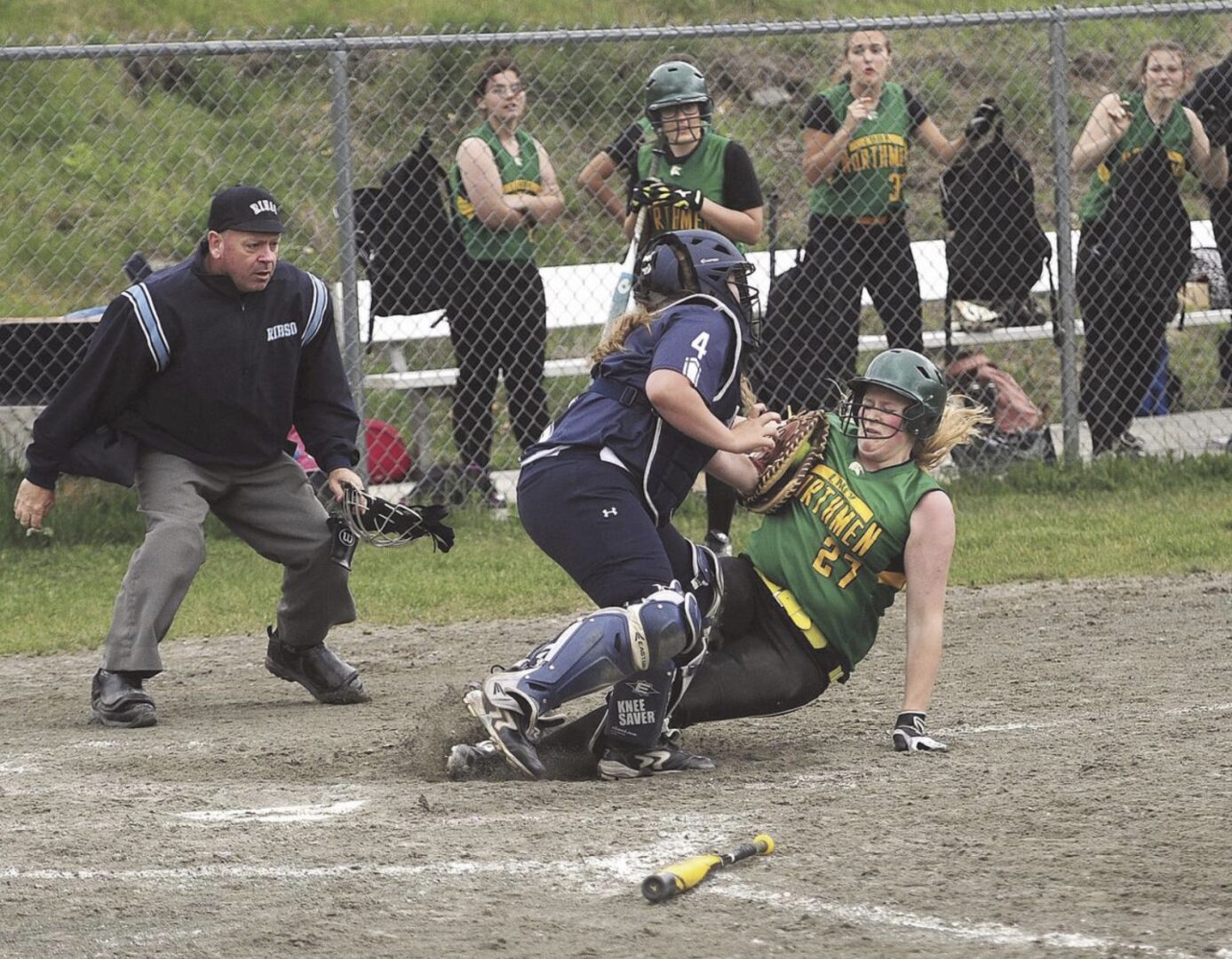 Since the Spring of 1998, Scott Carlson has always looked forward to strapping on the ball bag and heading out too many of the fields where Warwick men’s slow pitch softball has been played. “I never started out wanting to be an umpire or a basketball referee; I was always playing sports since I could remember,” said the Warwick native who now resides in Attleboro. “But an umpire in the Warwick Umpires Association spoke to me about considering crossing over to the ‘dark side’ to join the officials’ ranks. I thought about it as the 1997 season ended and decided to give it a try.”

So, in the spring of 1998, Scott Carlson’s career began in the same league that he played, the Warwick Men’s slow pitch league. “I was used to showing up to the field to play but going to those same fields to umpire was quite different,” he added. “At first, there was a little razzing from the players, but the teams soon began to respect me when they saw the effort that I put into being a good umpire.”

Scott’s reputation as a solid umpire soon spread and he was lured into trying the youth fast pitch leagues. For someone to say that officiating men’s slow pitch softball and girl’s fast pitch softball is an easy transition, they’ve never done it. “There are all sorts of positioning and responsibilities that umpires have, in addition to quick split-second decisions to make on every call that is lost on the average spectator,” he explains. One of his strongest traits is the ability to remain calm and clear headed when coaches are debating close calls that do not go their way.

“Most coaches or spectators don’t realize that there are three teams participating in every game. The home team, the away team, and the umpire team. The umpire team really has no skin in the game. Our job is to know and apply the rules, see the plays, and make the calls to the best of our ability. But like the old saying goes, when a call is made, half the people love you and the other half, well, not so much, and that’s part of the game as well,” he added.

The climb up the ladder continued. In 2007, Scott began umpiring fast pitch at the RI high school varsity level, where again he continued to display his talents on the diamond. And in 2011, he was selected to umpire the RIPCOA (the Governing body of middle school sports) Fastpitch State Championship tournament final that was held at Rhode Island College (RIC). He was tapped again to umpire the RI Interscholastic League (RIIL) high school varsity D3 State Championship at RIC later that same year and again in 2014. Since then, he has been selected for many more RIIL state high school playoff games at RIC. In 2016, Scott jumped to the college level, umpiring fastpitch JUCO and NCAA D3 and then in 2017, moving up to NCAA D2. In 2018, Scott began umpiring fastpitch softball at the high school level in Massachusetts and was selected to umpire several games in the MIAA District Playoffs in 2019.

Over the years, Scott has become well-known in the adult slow pitch community as one of the association’s best umpires. As a member of the ASA, NSA, and FSA affiliations, he found himself umpiring in the finals of many of the league playoffs and tournaments that he worked. During his 22-year career, Scott was part of the State Championship finals crew more times than he could recall. As one coach said, “When you get to the finals of the states and you see that one of the umpires is Scott Carlson, two things go through your mind. One is that you are playing for the championship. And two is that you know that it will be a well-officiated game!”

Not satisfied with officiating just softball, Scott decided to jump into another sport that he loved, basketball. In 2008, he began refereeing youth basketball, and for the next 11 years, he was a fixture on the courts throughout RI doing AAU, CAL, EGBA, SK Rec, and the Warwick Boys & Girls Clubs…have whistle, will travel! As it was with umpiring, Scott was on the move! In 2009, he began refereeing RI high school JV basketball and jumped up to the Varsity level two years later. In 2018, Scott was named to the refereeing crew for the RIIL Girls basketball (Open) tournament semi-finals that were held at the Ryan Center on the campus of the University of Rhode Island. Earlier that same year, he also officiated the RIPCOA Boys Middle School State Championship final.

Applying many of the same practices that were successful as an umpire to the hardwood, Scott quickly became a coach’s favorite. In most cases, coaches look for consistency and a referee that gets into position and waits for the play on the court to develop. The saying goes “a good officiated game is one where you don’t notice the officials.” Scott was known as a very solid basketball referee among the coaches throughout the state and his reviews were solid. In 2014, when he made the move to refereeing NCAA Women’s JUCO basketball games, the transition was smooth and without many of the bumps and growing pains that many referees experience. It was pointed out by a colleague “Scott’s knowledge of the game, his preparation and game management are among the best that I have ever seen. His on-court demeaner is professional and courteous, he knows how to defuse a potential problem, but he can be stern if the situation arises.”

Asked what the future holds, Scott replied “I am cutting back on officiating these days. I’m still in great shape mentally and physically, but my priorities and focus have changed a bit. I started a new job last year and over the winter I got married. I love officiating and I’ve met many of my closest friends over the years through officiating. Being an official also gives you a new perspective on the game and on life, something a lot of coaches and parents should consider the next time they want to lash out about a bad call. Although I am cutting back, I am not cutting out. I will still be on the field or on the court, just not as much. All I know is that I will be out there making the calls somewhere.” When he is out there making the calls, the game is better off. All you have to do is ask the players, coaches, administrators, players and spectators…they will all agree.