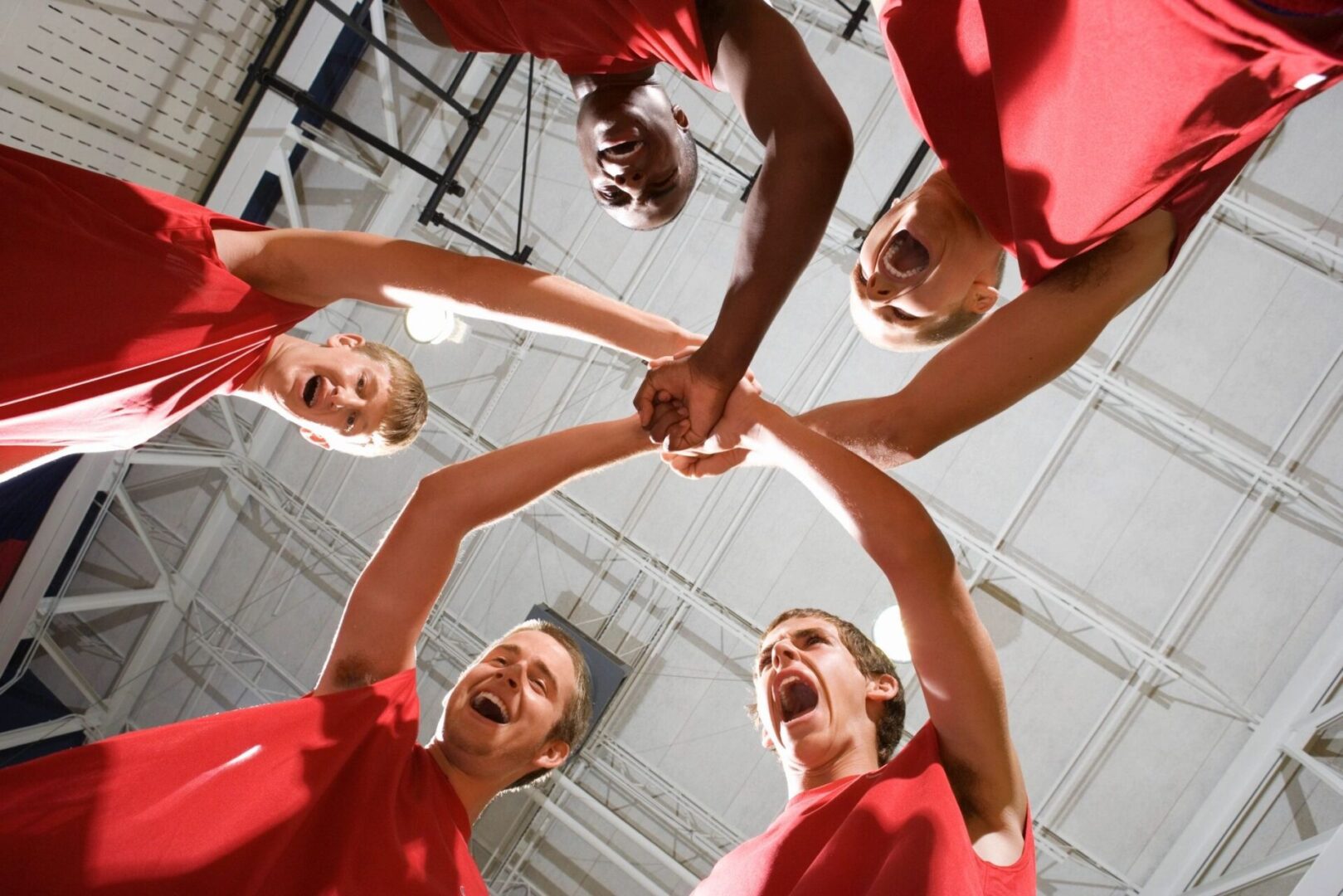 Farewell to 2022 at the College level, Part 2 – John Cardullo

As we say farewell to 2022 the local sports scene- at the College level for most of our local teams, Covid played a major role in their 2021-22 schedules –

In Rhode Island the college level sports programs always offered something for the college sports fan. As the Covid pandemic made its way through the sports world, the local college teams couldn’t help but be impacted. None more so than the lower-level teams like Salve Regina University, Roger Williams University, Johnson & Wales University and Rhode Island College, as many of the seasons were victims of rearranged schedules, postponements or having the entire season cancelled all together. Many of the athletes were unable to finish their careers and as Juniors and Seniors they were left to graduate with two years of eligibility left to their careers but not having any team to play for. The hardest hit were the state’s four smallest colleges.

Both Salve Regina University and Roger Williams University compete in the Commonwealth Coast Conference. The Salve Regina sports program plugged along post pandemic with the Baseball team finishing the season with a 16-7-1 record and a conference playoff appearance. The football team finished the season with a respectful 6-4 record and the Men’s Soccer team went 8-3-7. The teams that competed in the rest of the varsity sports for both Men and Women had sub-par records and are looking to the future to get their athletic programs back on track.

As for the Roger Williams University, the sports program suffered a similar fate as they recovered from the pandemic. The Women’s track team won the Commonwealth Coast Conference Championship, as the Men’s track team had a respectable finish to their season. The Men’s Tennis team under Barry Gorman for the last 8 seasons, went 81-77 and made the NCAA tournament before being eliminated in round 1. Women’s Lacrosse, under 4th year coach Jen Fox Sargent, hasn’t finished lower than 2nd place and made it to round 3 in the NCAA tournament. The most successful team for Roger Williams University was the Women’s basketball team going 25-3 under Coach Kelly Thompson, who is in her 12th year. The team went 17-1 in their conference in 2022 and made it into the NCAA where they lost in the first round.

Providence’s Johnson & Wales University’s Athletic program has come a long way from being a “club” sport school to becoming one of the consistent powerhouse schools in the Greater Northeastern Conference. The Wildcats have been hit very hard by the pandemic and is slow in recovering. JWU has developed teams in the Men’s program in Basketball, Hockey, Baseball Lacrosse, Soccer, Volleyball and Wrestling. The Women’s Athletic program offers Basketball, Field Hockey where they won the GNAC regular season championship and qualifying for the NCAA tournament., Hockey, Lacrosse, Soccer won their conference championship with a 19-3-1 record, and made the NCAA national tournament, Softball, Volleyball Won their conference championship and made it to the NCAA tournament as well. JWU is looking for improvement across the entire athletic department board as we move on past the pandemic that derailed the sports programs for a couple of years.

Rhode Island College didn’t escape the grips of the pandemic either. Competing in the “Little East” Conference, the Anchormen struggled in Men’s basketball, Men’s and Women’s Cross Country, Men’s and Women’s Soccer, Tennis, Track & Field and Women’s Softball. Although the Women’s teams struggled in Golf, Gymnastics and Lacrosse, the Ladies Basketball team has been the bright light in the Women’s program. Finishing 23-6 at the end of last season making the NCAA tournament, this season the Anchor (Wo)men are currently 8-2 and look to make the big dance again this season.

Bryant University became the 4th team from Rhode Island to compete at the college division 1 level. As the pandemic affected the Bulldogs athletic programs as it has throughout the state, the Bulldogs managed to play on and compete at a high level. The Women’s programs competed in basketball, and Bowling, they currently have a 7-2 record after going 19-23 last season. Competing in Softball, Soccer, Lacrosse where they lost in the conference tournament. Field Hockey and Cross Country. The Lady Bulldogs were forced to cancel the Rowing season. The Men’s program played on as the baseball team went 30-27, and the Men’s Cross-Country team went on to the NCAA Northeast Regionals. The Football team finished 4-6 as they stepped up to play much tougher competition, The Men’s Lacrosse team went 9-4 and after the season was cancelled last season, the Swimming and Diving team is currently 3-0. The Golf season was cancelled earlier in the year as the Tennis team finished with an overall 10-3-1 record. The Men’s Soccer team struggled going 3-10-1, but it was the Men’s basketball team that warmed the cold winter night’s up in Smithfield. Playing in the Northeast Conference, the Bulldogs basketball team won the conference championship as they punched their first ticket into the NCAA’s March Madness National tournament. The Bulldogs lost in the first – 4 plays in game but returned home with a 22-10 record and made a statement that the Bryant Bulldogs were ready to step up and play with the big boys!

Brown University, the school that spearheaded equal sports for both sexes when they led the charge for Title IX – offering the same amount of sporting opportunities to women that is offered to men. This was a huge game changer for women. Brown University plays in the Ivy League. The University offers and abundance of sports of all kinds to their student athletes. The Men’s program lost out on the baseball season due to Covid as well as Crew. The Men’s Basketball team finished the season with a 13-16 record, the football team went3-7 (1-6 in conference play), The Men’s Hockey team went 7-20-4 to end last season and is currently 4-9-2 heading into 2023. The Lacrosse team went 10-6 and went to the NCAA tournament where they lost to Penn 14-9. The Men’s Sailing team had 5 first place finishes, 9 second place finishes and 10 third place finishes on the season. The Men’s Soccer team went 8-6-3 while Swimming & Diving, Tennis, Track, Water Polo and Wrestling all had subpar seasons.

The Women’s teams were middle of the road in the competitive endeavors as well. After ending the season at 6-20, the Women’s Basketball team is currently 7-4 as the end of 2022 closes. One of the most consistently successful sports at Brown is the Women’s Crew team who made it into the NCAA tournament once again. Although the Women’s Cross Country made it to the NCAA, they made it to the regionals. Rugby, Lacrosse, Field Hockey, Softball, Swimming, Tennis and Track all had down seasons. However, Fencing currently is undefeated at 6-0 and Gymnastics had 3 1st place finishes, 4 2nd place finishes and 2 3rd place finishes. Women’s Sailing had 2 1st place, 7 2nd place and 3 3rd place finishes in their season. The Women’s Hockey team which has in the past had many Olympic members on the team finished last season with a 6-18-5 record but is currently 5-8-1 so far in the 2022-23 season. The Women’s Soccer team finished the 2022 season with a 23-2-3 record, made it into the NCAA tournament where they went 1-0-1 and was eliminated 4-2 in a shootout. Wrapping up the sport program was Women’s Water Polo, which went 25-15 and made it into post season play where they were eliminated in the first round.

The University of Rhode Island had some issues coming out of the pandemic as well. Their Men’s sports program has had issues getting on track with the Cross Country and Golf teams having issues with their schedules combatting the pandemic. The Men’s Soccer team had a disappointing 6-3-7 season as did both the Baseball team as they went 28-26-1 and the basketball team went 15-16 as they change coaches at the end of the season, hoping that the change will ignite the struggling program. The Rams Football team made it to a respectful 7-4 seasonal record that proved to be a bright spot for the Rams faithful. The Women’s sport program had an equally difficult time as the Track & Field, Volleyball, Tennis Swimming & Diving, Soccer, Rowing, Lacrosse and Cross-Country teams had below .500 records and the Women’s Basketball team is riding high with a 9-2 record at the current moment. The Pandemic hit the URI sports program particularly hard, and some coaching changes didn’t help to solve the immediate problem, it is the hope of the decision makers at URI the rough waters will smooth out and the teams will turn the situation around.

Which leaves us with one of the most successful sports programs in the state, the Providence College Friars. The Men’s Basketball team of 2021-22 had one of the best seasons that the school has ever seen. Playing in the always tough Big East Conference, that’s saying something for the history of Men’s Basketball at PC is one that dates back to the late 1950’s and has been the pride of the school ever since. Under Head Coach Ed Cooley, a Providence native who played his high school basketball career at Central High School. The 2021-22 season was a dream season! All the team did was win the Big East regular season championship, finished the season 27-6, and made it to the Sweet 16 in the NCAA Big Dance. Ed Cooley was named the National Coach of the Year, and for Cooley all of this couldn’t have happened at a better time, at the end of his contract, with bigger basketball programs beginning to call and inquire about his future services. Providence College rather than risk loosing one of the best coaches they ever had, closed a deal on a new contract which keep Cooley at Providence College a while and the teams future looking bright.

The PC Women’s Basketball currently 9-5 in the new season after finishing 11-19 last season. The Lady Friars continue to compete in the Big East as well where there is very little of such as an easy schedule. It is the hope that by the end of this season, the Lady Friars will not only make noise in the Big East conference but hopefully in the NCAA tournament as well.

Both the Men and Women’s Cross Country teams under the legendary Ray Treacy who has guided the teams for 38 years, remain consistently good and consistent. The Lady Friars finished the past season ranked 16th in the country.

The Field Hockey, Lacrosse, Men’s and Women’s Soccer, Swimming & Diving, Softball,  Volleyball and both Women’s & Men’s Tennis, Track had competitive but “off” seasons and hope to rebound in the new season. Both the Men’s and Women’s Hockey teams have had success over the years as many players went on to play on the Olympic and professional levels. The Men’s Hockey team finished 2022 with a 22-14-2 record and went 1-1 in the Hockey East tournament. They are currently 9-4-5 so far this season.  The Ladies went 16-14-6 and also 1-1 in the Hockey East tournament and so far this season they are 16-5-1.

Sports at the local college level has been and still is affected by the pandemic in ways that weren’t expected. They hope of the sports administrations was that the pandemic would work itself out and a sense of normalcy would start to seep back into the flow. The bottom line is that it will take a little longer for many of these sports programs to bounce back.

In Part 3, we will look on the state’s high school level, how teams have been affected by the pandemic, which teams bounced back, and which teams continue to struggle and what the future holds in store for high school sports.