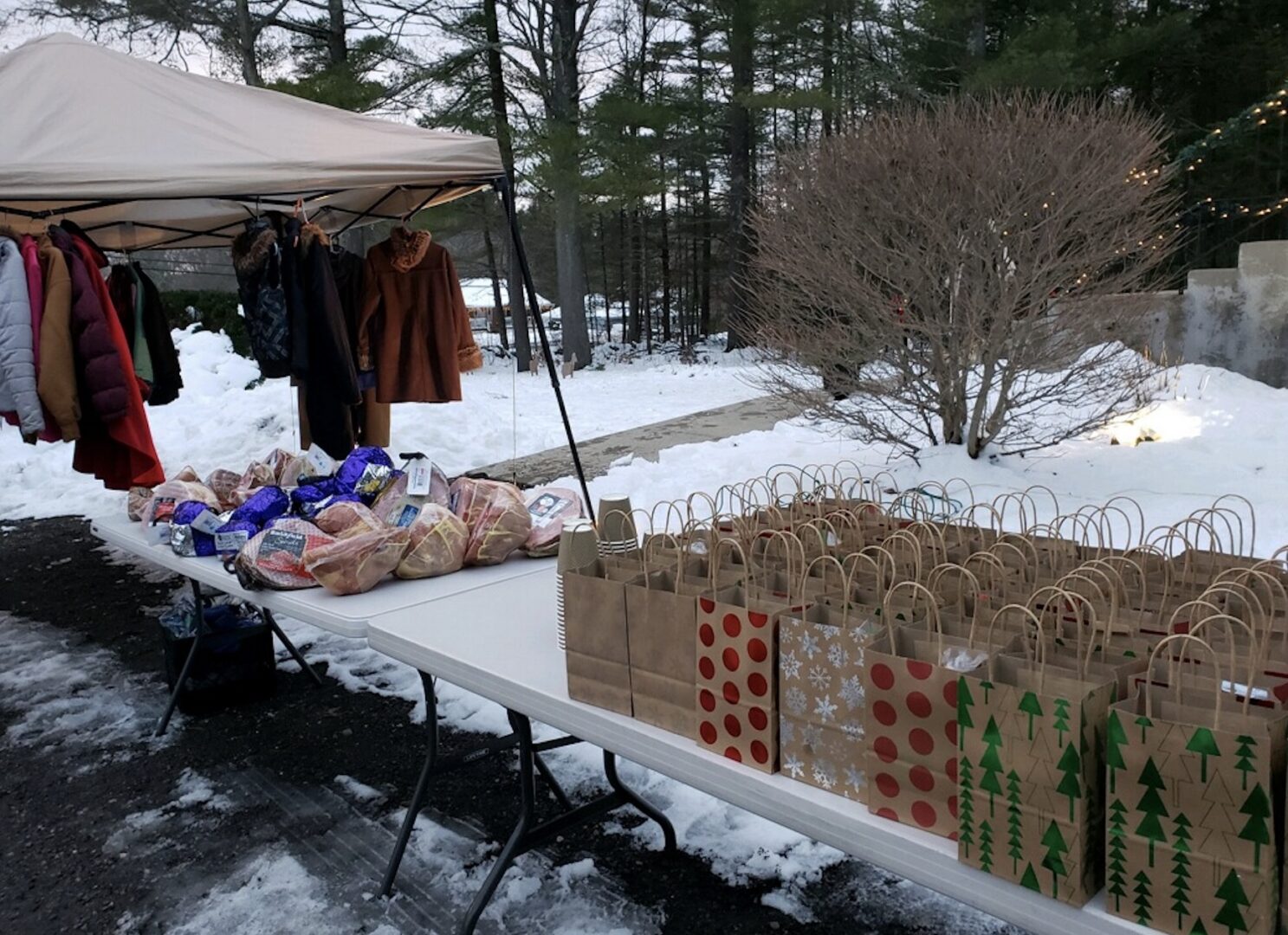 Since a previous article about the Faith Fellowship Church in West Greenwich Rhode Island, and how lengthy the line was for assistance, the situation for those in need is becoming ever more dire. The distribution was changed at the Church from Wednesday nights to both Tuesday and Thursday nights, and the lines are still lengthy. An ambassador of Good Will from the Rhode Island Fish and Game Protective Association decided to help out and took action.

Donations of cases of Hawaiian rolls were made on two separate days, including Christmas Eve. With a substantial monetary donation from Barbara G. and help from Kevin Perno, Manager of Market Basket in Fall River and his staff, the task went very smoothly. Pastor Steve Shippee and his wife, Evelina, were thrilled with the items. The church food distribution program provided hams for Christmas, and the rolls went hand in hand with the hams.

Many have a feeling that 2020 is just a dress rehearsal for the s—show that will become 2021. The Democrats played games with the China virus financial relief in Washington, while hundreds of companies failed. The $600 relief check will not even pay half a month’s rent for a single waitstaff or other food worker. In Rhode Island, millions upon millions of dollars were held back while people suffered. The Governor never gave a valid explanation, yet, as to why! The food assistance programs would have flourished if they were provided with just a 1,000th of that money.

Time for RI leadership to focus

Instead of working on the immediate problem of people starving and vaccine distribution, announcements are that the Rhode Island Senate President has decided it is more important to resurrect archaic legislation of banning people with concealed carry firearms and permits on school grounds. Apparently Senate President Ruggerio did not notice that the most important issue about schools right now is that most of them aren’t open, or are struggling with severely altered safe working models.

If you are doing well in these desperate times you are an anomaly and count your blessings. Friends and family alike took a financial hit. The magnitude of the problems show in all the closed restaurants and shops in many a strip mall.

In our food distribution systems, we are in need of restocking. RIFGPA has a number of people helping to keep the support coming – thank you Spike Webber, Mike Lombari, Kyle McCarthy, Cara Woloohojian, Bob Butler, Tom Bucci, Bob Messier, Donna DiGennaro, and Faith Fellowship’s Steve and Evelina Shippee – all doing the lion’s share of assisting in the West Greenwich area.

There are others out there that need your help – right in your own communities. We look at programs like Operation Stand Down in Johnston (for Veterans in need), and the Jonnycake Centers in South Kingston and Westerly, and all the rest that are running critically low as the situation becomes worse.

It is up to you and me to assist these organizations with their crusade even moreso now, as Rhode Island legislators turn their interests more towards idiotic legislation like legalizing recreational marijuana, to name another. In reality, we need to look out for family here in Rhode Island more than anything else. It needs to be our laser focus.

As a child it was instilled in me that charity started at home. My dad, on more than one occasion, went without so I would have enough to eat. Years later in some very dark divorce times, the same instilled act of giving was done for my son and daughter.

Turns out Faith Fellowship Church and RIFGPA are abutting neighbors. Moreso, there is a family connection between the two organizations going back nearly 100 years. So what initially was an act of kindness and giving turns out to be Family Helping Family, and in turn, spreading that out to other families in West Greenwich.

At some point in the future this writer may relocate back to the West Bay if a prayer finally is heard. West Greenwich may be the setting as we all have Family there.