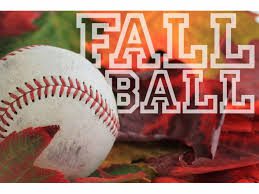 No matter where it began or when it started, Fall Softball is still a big hit for the softball die-hards, no matter how low the temperature goes. It began as a fad about 35 years ago, no one knows where it began, some say it was in Lincoln, others say it was in Woonsocket, and still some say it was in South County, but several softball directors laid claim to being the first to offer it. Each year its popularity grows more and more; it’s not for whimps or the faint of heart, though. We are talking about “Fall Softball”. This is the season where the “in like a lion and out like a lamb” happens – in reverse.

The Fall Ball softball season usually begins in the warmth of early September and can often run until mid-November winds chill you to the bone. The fact that the weather will change, and it will not be for the better, teams still flock out to play Fall Ball all over the state. “By mid-October the weather really begins to get cold at night,” Bob Berard, softball director from Warwick, where Freedom softball calls home. “The teams sign up fully aware what can be expected as the weather changes by the time the play-offs begin. But every year it seems the equal number of teams who want to play from the year before, even exceeds those numbers.

“Warwick, for example, has filled up their maximum number of teams at Warwick’s only lighted softball field, Clegg Field, where they have three games a night going on. This season Clegg also began to run a co-ed league devoting two nights just for the co-ed teams to play. In addition, Warwick has three levels of Men’s Fall Ball Sunday morning leagues going on, as well as Sunday afternoon co-ed games.

Warwick isn’t the only city where teams flock to keep playing softball. Westerly, South County, Pawtucket and Woonsocket all have Fall Ball leagues. In Cranston Fall Ball has seen a jump in teams wanting to play as well. This season the league has switched over from the ASA/USA affiliation to USSSA. Director Brian Cipolla told RINT, “teams get a choice to play in whatever affiliation they want, and it isn’t uncommon that the players would come and play in Cranston a couple nights a week and then on their “off” nights go and travel to other fields to play.”

“The interesting part is that the players are getting more games in than they did during the regular league and they show up night in and night out. Cipolla went on to say, “The cold doesn’t seem to be an issue for the players. They play on mild nights, misty nights, and on bone chilling, windy nights. Those are the nights that I have a problem with, but the players just throw on an extra sweatshirt and they are good to go. “To steal a quote from the movie “Field of Dreams”, “if you build it, they will come.” As far as Fall Ball goes, if you offer it, they will come. Fall Ball leagues go from Sunday through Saturday, during the daytime, and at the lighted fields, at night. Players flock to the fields just to get that last swing in, or make that last defensive play or have that last beverage of the season with their friends and teammates, because the off season is way too long and they want to hold on as long as they can, no matter how cold it gets and how many layers they must put on to play one more time. They always want to be the last person on the field when they shut the lights off on that final game of the season – on Christmas Eve!