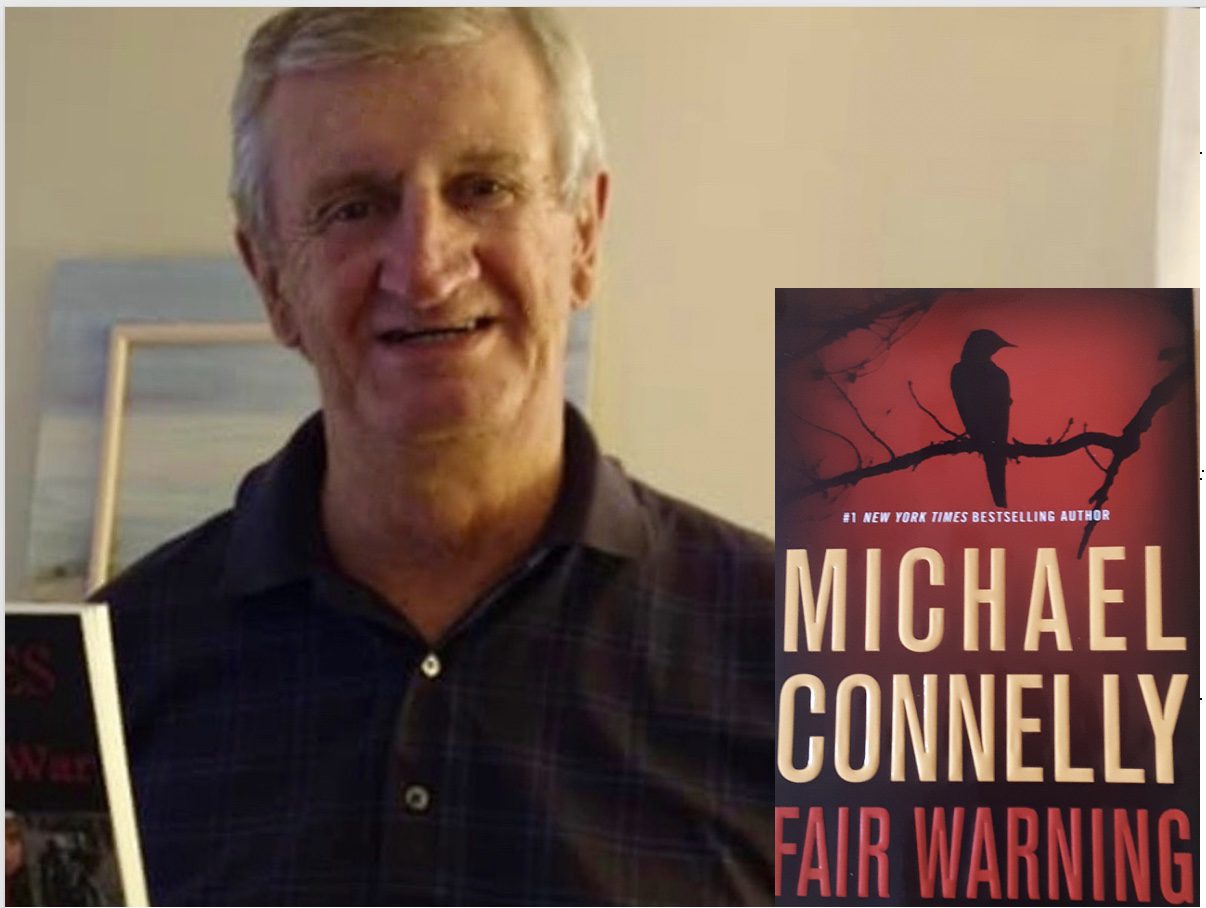 A book review with an added twist!

What happens when a best-selling novel tangentially becomes part of a real-life conflict? Does a reviewer just review the book, or should they explore the background which created the current controversy?

Well, Jack McEvoy, the protagonist in Michael Connolly’s newest work, Fair Warning, would leave no stone unturned. In that spirit this reviewer offers a synopsis of the fictional work and an update on the status of the dispute.

Fair Warning opens with the brutal murder of a young woman, Tina Portrero, who is viciously strangled to death. The assailant whispers a final message to his victim, “People call me the Shrike.” Shrikes are birds known for violently shaking the necks of their prey.

Jack McEvoy had a one-night stand with Tina a year before her murder. His name is found in her contacts list bringing him to the attention of local authorities.

Fair Warning is the third Jack McEvoy story from Connelly. Jack has slid down the prosperity pole in this story. A former well known investigative reporter for the Los Angeles Times and a successful novelist, he now writes for a small four-person consumer watchdog company called Fair Warning. He lives in a barren two room apartment and drives a Jeep Wrangler with 162,172 miles on the odometer.

Using his investigative skills, Jack suspects Tina may have been killed by a cyberstalker. He brings his evidence to Myron Levin the founder and editor of the Fair Warning organization pitching the story as a consumer warning about online predators, a perfect fit for the company’s mission.

McEvoy is hounded by two detectives from the LAPD homicide division and volunteers a DNA sample to prove his innocence. This move sets off a chain reaction of events which propels the reporter into the murky, unregulated world of DNA laboratories, testing procedures and the resale of DNA results for profit. The description of how private DNA and family lineage search companies conduct their businesses and how little governmental regulation exist would make any cautious consumer wary.

Jack’s pursuit of Tina’s killer is a twisting, roller coaster of a journey. The journey reunites him with Rachel Walling, an old flame from prior novels, whose expertise in background investigations could help in his search. To their horror they discover that Tina’s death was not a random tragedy, but just one of several strangulations by a serial killer who is still on the loose.

Connelly has published 35 novels and sold more than 80 million books. He has stated that Jack McEvoy is his most difficult, and autobiographical, character which is why he has rarely featured him in his 30-year career.

Although lacking the rarified skills of a Raymond Chandler or Dashiell Hammett to create gritty noir atmospherics, Connelly is adept at moving plots forward at a brisk turn the page pace. His characters are clearly, if somewhat one dimensionally, defined and his sense of place is vivid. He knows Los Angeles and its quirkiness.

The post publication controversy of Fair Warning is intriguing and complex.

Connolly’s premise for his book, and its title, comes from an actual consumer watchdog media outlet called Fair Warning. The mandate shown underneath the logo on their web site states, “News of public health, consumer and environmental issues.”

Connolly even uses, with permission, Myron Levin as a character in his work. Mr. Levin founded Fair Warning in 2011 and is also the editor.

Michael Connelly is, in fact, on the Board of Directors of Fair Warning.

On February 19th of this year Mr. Levin and the Board of Directors abruptly announced the closing of Fair Warning. Levin had been accused of making racist statements and of having discriminatory hiring practices by a white reporter who was interviewing for a job at the company. According to the reporter, as he was quizzing Levin about the lack of racial diversity in the small firm, the editor responded, “We’re not woke.” And he was reluctant to bring in diverse journalist because, “I don’t want them writing about racial justice and stuff like that. That’s not what we do here.”

Levin quickly denied the accusations declaring that while his small staff of four was all white, black reporters had written stories for Fair Warning and that he posted job opportunities with the National Association of Black Journalism.

The evidence of true, conscious discrimination seems a bit shallow. However, two of the four staff writers at Fair Warning penned a letter to the Board of Directors saying they had raised these issues before and they felt Mr. Levin should resign. If he did not resign they would leave the company.

Connelly said through a spokesperson, “The board is seriously investigating the issue and Michael cannot comment until that investigation is finished.”

The Board and Mr. Levin posted the notification of closure shortly after publication of the Fair Warning’s employee’s letter.