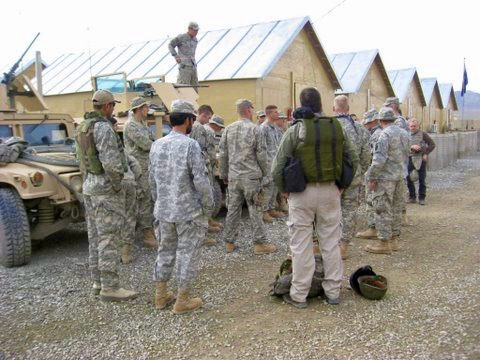 I feared it was a fool’s mission and I think most of us thought so too. But we listened to our government and sat back as we invaded Afghanistan. Osama was there, we were told, and we had to get him. Sending the armed forces to capture a criminal seemed a bit much, and in the end, it proved to be. A small group of experts dropped in and took him out, the way it should have been done from the get-go.

We got him all right, thousands of dead Americans to add to the body count from 9-11, tens, maybe hundreds of thousands of dead, innocent civilians and generations of American hating survivors, trillions of dollars, and twenty years of war. In death, Bin Ladin got the last laugh.

And now, twenty years later, with any trace of unity America felt after 9-11 gone, we hide ourselves in the isolated little internet worlds we have created, and seek validation from the members of our tribe, and either defend our puppet president or ridicule him from the safety of our homes.

That safety we have enjoyed since the birth of our country is fleeting, and the debacle in Afghanistan has hastened its demise. Gone now is the confidence that we are invincible and protected from the horror of war that only happens “over there.” We have shown the world how weak we are. China is the new world power, and rest assured, they have the machinery, manpower, technology, and infrastructure to destroy us in a prolonged war.

The only thing they do not have yet is the confidence that we can be defeated. They are not leery of our government, and our massive stockpile of weaponry, knowing now that those devastating tools are in the hands of fools. They worry about us, and the weapons that are stockpiled in safes in our basements, in dresser drawers, top shelves of closets and lockers in our garages. But they are patient. They are developing weapons, and training their soldiers how to win, and establishing dominance every second of every day.

Americans may soon know how it feels to be at the mercy of world events. The luxury of watching the hardship and the real oppression humanity faces is coming home to roost while we argue about the past, and demand our voice be heard above everybody else’s.

Well guess what? If we do not start paying attention to real problems, and continue creating reasons for division, it won’t be long before we know exactly how it feels to shout for our lives from the other side of the fence, only to realize nobody is listening.