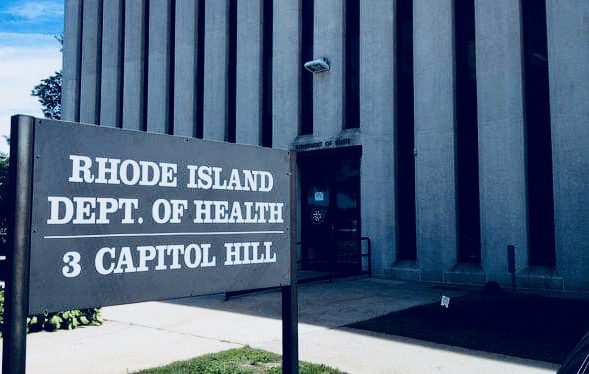 We’ve heard over and over again there is nothing the public needs to do right now to register for an appointment to get the COVID-19 vaccination.

We’ve heard that there is a priority ranking – but that has become a changing target. First healthcare workers. Then nursing home and assisted living centers. But not group homes, yet. Then, 75 years old and up – but no centralized registration – not yet. What about 75 year olds who aren’t at a facility – or who don’t have transportation? And can’t use a computer or don’t even have one?

Then we heard that healthcare facilities were vaccinating board members and volunteers – and back end workers like billing clerks and PR people. The explanation was they had to use up extra vaccine vials. But board members and other VIPs would have had to be called to come in – it had to be strategic, not like they were just there, in person, for a meeting and someone spontaneously burst in with extra doses.

Central Falls – are we done yet?

Then there’s Central Falls. A huge hotspot of transmission – and the explanation was that many of our healthcare workers, especially in the nursing homes lived in the city with the densely populated 3-tenements – the most densely populated city in the US. Made sense. Vaccinations started at senior living high-risers. Then it was 16 year olds and up. Clinic after clinic, expanding to the whole community.

Then we hear that other cities will be targeted as a priority group – Providence, Pawtucket – and now, Cranston. Because of their uptick in numbers and density. Makes sense. But there’s no sign up. Not yet. You don’t need to do anything, the state says. We’ll let you know. But, how, we wonder?

Other groups say target me – target me

Voices of funeral home directors – teachers and school staff – etc – all say, prioritize me…but let’s not forget over 90% of people survive COVID-19, and 77% of those in RI who have died have been our seniors.

5,000 vials – 39 mayors/administrators rush to the rescue

Then came a quick influx of 5,000 vials from the federal government. But no one knew about it. The mayors learned last Thursday in an early morning call. They rushed into action, having learned, with no notice, that they would be responsible for this opportunity. Each went back and systems were rushed into place. One city had a phone call in and back system. One had a registration on-line which crashed immediately. Others had devised other ways to register for the small numbers of vaccines – like calling senior center lists or using voter registration lists (by age). At 1pm the “regular” update was held for reporters – not once was the 5,000 influx mentioned – or the city/town mobilization that was playing out in city halls all over RI as the media sat there – clueless. Not a word to the public, as cities and towns began to send press releases on an early Thursday evening – deadlines long passed, but media rushing into action to get the word out. A nod to the beauty of social media at its finest.

A big snowstorm put the whole thing on hold, but stories of people on hold, clicking on their computers, family members going into action for seniors, etc. began to get around. Mayors held their tongue and did their jobs. Kudos for them in a tough, unprepared situation. Mayor Charlie Lombardi of North Providence commented “give me a break” when asked about people over 75 being able to do computer signups. This week those shots will be scheduled again – hopefully another week has allowed transportation to be put in place, as it has been in other states. Some are even using fire fighters to go door to door in their neighborhoods to the elders. How creative.

Here’s a database – use THIS one

The Health Department has an emergency needs database which the public can sign up to – that indicates they have special needs such as a wheelchair or oxygen use – that registry is used by fire/police/rescue for emergency calls. But now residents were being told to go to that system and sign up there, and the cities and towns will pick people from there, by age. Not what the system is used for – and now a system with chaotic data as all ages of people have rushed to sign up on it.

At RINewsToday – we hear you!

We at RINewsToday have received hundreds of emails and phone calls – people are that desperate that they think we can help them – they tell us their stories – their fears – their age – all their medical history. So much for HIPAA these days – people don’t seem to care, they are that desperate.

The private sector to the rescue – enter CVS

Yesterday the private sector came to the rescue – even the Biden administration seemed to learn that what the Trump administration had always intended to be put in place was the best way to move forward. CVS – Walgreens – Walmart – and dozens of other pharmacy chains were put into service – they were ready and waiting – and had been from testing days of day one.

Within moments of the national press release, CVS had notification on their website – see our story today for details. Yes, RI is one of 11 states.

But – no word from the RI Department of Health. As a colleague said – can you hear the sound of crickets? Why? CVS sites were rushed to – you could click on your state – Rhode Island – and it led you to a link after telling you that RI was not yet participating. It took you to the RI Dept. of Health. Nothing there. Click..Click. Click. Unanswered emails. Too late to call.

A new sign up we weren’t supposed to find

Then, a sign up appeared. Word got around – phone calls, emails, social media posts – then the media. Not us, but others. There was a sign up. And people flocked to it. Signing up not because they were over 75 or wanted a CVS, but just to get their information listed to wait in line for our time. The sign up required uploading of images of your insurance card. And your birthday and other information. Sure, why not (yes, we did it). There goes some of your most private information, without hesitation, into some database. But it was a database never intended for public signup. But there it was – open to all. And there were the crickets from the Health Department not telling people about what to do for the CVS opportunity.

On social media, the Health Dept. spoke – listing this on Facebook

They seemed to chastise people for using the site – even implying that they were attempting to jump the line and get in front of healthcare workers. The 93 comments that followed were mostly instructional back to the Health Dept. that their lack of getting in front of the problem led to this issue and it was not “our” fault for using an open system with no restrictions listed on it. Early this morning we find this same statement on the COVID-19 page of the Health Dept’s website.

CVS now says signups will be as early as February 9th. Keep your eyes and ears – and mouse – ready to go – download the CVS app – be ready. Be prepared.

This is what you’ll see for now – but stay tuned.

Other registrations exist – and Deloitte enters the picture

A national registration exists – called VAMS – it was developed by Deloitte. We’ll repeat that name – Deloitte – you know, of UHIP fame and glory in our state? If you register on the national VAMS system (which is also open to the public) and you select that you want a vaccination site in 20, 30, 50 miles from your zip code – you might get confirmed for an appointment – in New Hampshire – as we did. But – you have to be a resident to be vaccinated – as in every state. But it doesn’t tell you that.

You can go to Walgreens and sign up on their site – you’ll even get confirmed for one of two stores in nearby Connecticut – they’ll tell you they are both about 23 minutes away – I have been given an appointment for Friday. A call to the store met with a frustrated pharmacy clerk who said she knew of the glitch, but please don’t come because you need to be a Connecticut resident. Of course if we have the vaccines we might do you, she whispered, but please give up the time if you can. I cancelled. With such a heavy heart.

Vaccinations aren’t plentiful yet – if they were we’d be driving up to – where? McCoy Stadium? The Ryan Center? We watch Fenway and Dodgers and Patriots and other large sites all around the US. RIDOH says we have no plans to do this. Are there even plans for any mass vaccination sites for when that day comes – because it will come – soon – where’s the plan?

Yesterday Lt. Gov. – soon to be Gov. McKee says the mayors know how to do this best and they should do it. About 39 of them.

Rhode Island is a model state for many things. It is often a rollout, test site for projects such as tobacco control for youth, for a 2-liter soda bottle, for other things. Why? We are one million people (the size of Seattle). We have – or had – one major newspaper and 3 television stations / 1 or two major radio news stations – without overlapping demographics. We are easily measurable. We are fairly immobile (we stay in place). We were perfect for a flawless rollout.

But it has been botched. And it has been botched on top of the spirit of our seniors for the most part. The rest of us are just plain angry. This isn’t a competition for a brass ring or the fastest auto-dialer or who can click, click, click for 8 hours at a time or stay on hold while phones ring a constant busy.

Visionaries – bean counters – and a sense of urgency

The media will dutifully file in to The Vets building and listen to pulling up of the data – the sad reporting of more deaths. Maybe they’ll tackle another hurdle like last week – allowing restaurants to open back up to their normal hours (but even that was met with a No, not until Sunday – it took McKee to ask Commerce RI if they couldn’t just do it now so small business didn’t lose the whole weekend – and it was done). This week they might tell us how best to watch the SuperBowl, or why bars should turn their TVs off to prevent people from shouting and cheering – and spreading germs. But the media will wonder what is being planned that is not being talked about.

What is brewing that could really be on the minds of those on the stages that they aren’t telling us? What botched system is right there that won’t be discussed? Transparency has become a rote activity of report outs, polite questions, and a collapse of visionary leadership. All made worse by a Governor who can’t speak to anyone – about anything – but won’t resign and let the new Governor jumping up and down to take over – take over.

Who loses? The people lose. But we are resilient. And we are waiting. We are rolling up our sleeves. Just tell us where to go – and when. We’ll take it from there.