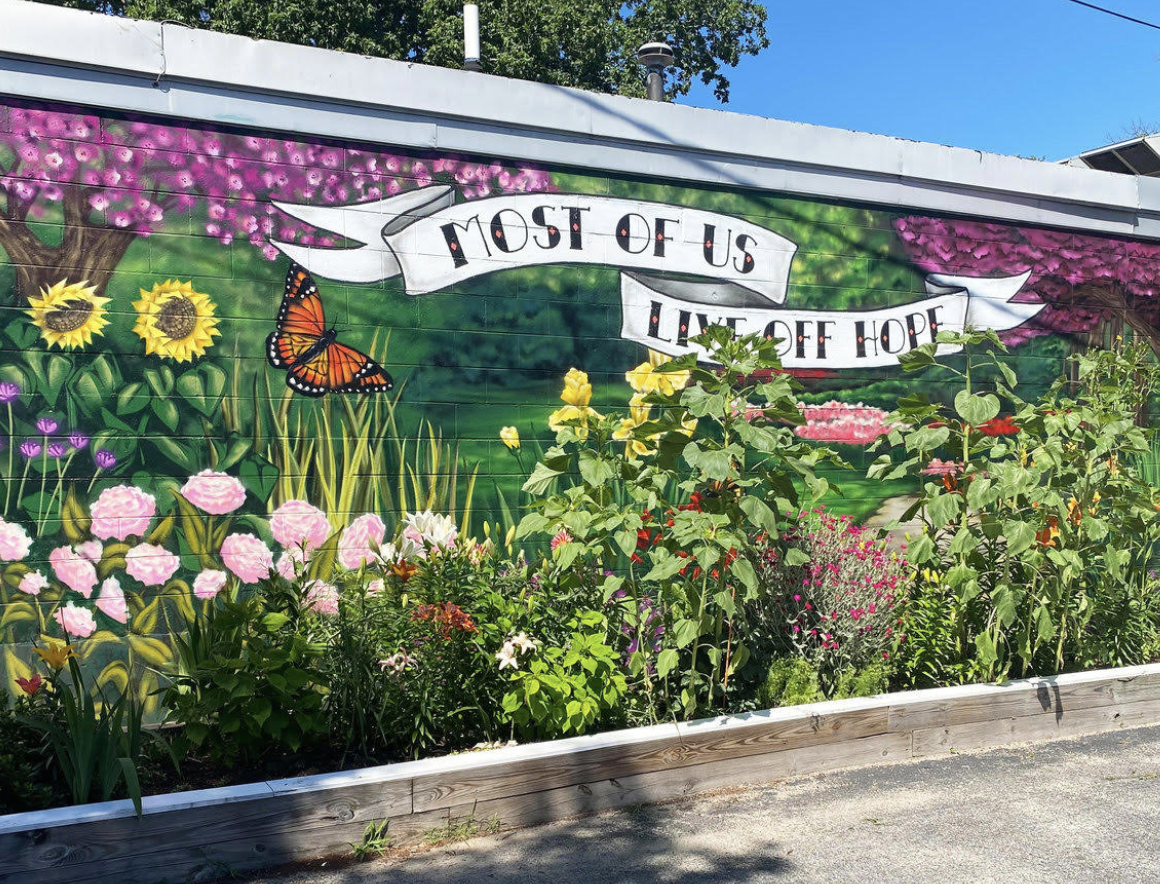 Do the rest of us all live off Hope? – Richard Asinof

The plans to resurrect the vacant office edifice known as the “Superman” building in downtown Providence may carry with it an expensive, as yet uncharted, environmental cost – the apparent need to remove asbestos and other toxic legacies from the structure.

The plan to resurrect the former Industrial Trust building in downtown Providence, transforming the vacant office building into a residential enterprise, to serve as home to 285 residential apartments, in a development pegged to cost $220 million, perhaps needs to come with it a big sales poster promoting the deal, the 2022 version of “We all live off Hope.”

In keeping with the theme of this week’s ConvergenceRI edition, to look at the world through the lens of the upcoming 52nd annual celebration of Earth Day on Friday, April 22, the question is this: Who would want to live in what proponents of the deal have called “a historic rehabilitation” to “convert the long-vacant, yet vacant tower?”

Translated, what will make the building an attractive place to live – a beautiful day in the neighborhood? The new development, by its very nature, will create what some might call is its very own neighborhood – but a neighborhood far removed from the realities that make neighborhoods livable and attract residents who want to live there.

Before posing potential environmental questions about the property, let’s capture some of the ongoing debate around what makes an apartment “affordable?”

Under the terms of the deal, negotiated for the state by CommerceRI Secretary Stefan Pryor, the affordable “share” of the 285 apartments was pushed from 10 percent to 20 percent – some 57 apartments – with the other 228 apartments to be rented at market rate.

What is affordable?
The big question surrounding the deal with High Rock Development is what it means that a percentage of the apartments will be made available to renters, under the definition of “affordable.”

What is affordable is a question that ConvergenceRI had asked Gov. Dan McKee, way back in mid-October of 2021, during a one-on-one phone interview with the Governor, asking him to define what “affordable” meant to him. Here is the exchange:

ConvergenceRI: Much of the focus recently has been on affordable housing development in Rhode Island. I know that you have made that a priority for some of your initial recommendations for how to spend the federal American Rescue Plan Act funds. I was wondering if you could define “affordable” for me?

McKEE: We got a jumpstart on this, right, because we put into the budget a sustainable funding stream, right, for affordable housing.

I think that [the meaning of] “affordable” really runs the gamut. It is in low-income, which is defined by federal statutes. I think that right now the money that we are putting into this plan, what we are calling Rhode Island Rebounds [proposals for how to spend a 10 percent investment of the state’s yet unspent $1.13 billion American Rescue Plan Act funds], which you are familiar with, we addressed a couple of those definitions.

For instance, I think we have about $15 million to incentivize the development of affordable housing – the term [is defined] as being for individuals whose income is below 80 percent of the median income.
And, I think we have $12 million plus that is in there for property acquisition, a grant program. We are putting a [substantial] effort in this down payment, and we realize that it is only a down payment. I think we will be putting millions of dollars more toward this effort.

One of the things that I think is lacking, Richard, is that we have a lot of estimates about what the need is, but I have not really seen a plan in terms of how to address that. That is why we are coming out with this Rhode Island 2030, a draft of a working document that should be out within the next 48 hours, either later today or early next week.

Translated, Gov. McKee indicated that he had found the discussions with affordable housing advocates somewhat disappointing, because he claimed that there were no plans in terms of how to address the gap in affordable housing.

The question of affordability still remains
Six months later, the definition of affordability still remains unanswered. As Kathy Gregg, reporter for The Providence Journal, tweeted an image out on Sunday morning, April 17, using the calculations conducted by WPRI-TV, asking: Affordable? This is the WPRI breakdown of the affordable housing carve-out in “Superman” financing/public subsidy proposal.

The numbers Gregg cited, using WPRI’s calculations, were as follows:

State Sen. Sam Bell responded: “The whole idea that an 80% AMI rental counts as affordable is a RI invention. The federal definition is 60% AMI rental. It only goes up to 80% AMI for ownership units.”

To which Paul Dion responded: “So RI can overrule federal regulations on what constitutes an affordable unit? What is the rationale for allowing that?”

State Sen. Sam Bell responded: “We can’t overrule them. These regulations define what qualifies for federal LIHTC subsidies, and we lose ~$200 million a year by not following them.”

Jenna Magnuski, a candidate running for State Senator in District 12, joined the conversation, responding to Gregg’s tweet: “48k is nearly 10k over $19/hr, 40 hours a week, every week of the year. $39,520 before any deductions at all. At which point 30% of gross income for housing and utilities is $988/mo. #19AnHourNow doesn’t even make this “affordable.”

• Has the state conducted a health-related assessment of the building, related to asbestos removal, a requirement for any project that uses state or federal funds.

• If there is a large quantity of asbestos in the building, what will be the cost of its removal? And, what kinds of mitigation will be required for the building, to protect pedestrians and residents from inadvertent exposure to asbestos? Would it require the building to be wrapped, Christo-like, in plastic? What is the extent of lead paint and lead pipes in the structure?

The rules of what is required for asbestos removal are quite clear, according to Joseph Wendelken, public information officer at the R.I. Department of Health. “An asbestos abatement plan approved by RIDOH is required to remove, encapsulate, enclose, repair, or otherwise disturb or abate asbestos at a facility,” Wendelken said. “An asbestos survey of the building by a RIDOH-licensed asbestos consultant is required in order for them to prepare the abatement plan.”

Further, Wendelken continued, “The abatement work must be done by a RIDOH-licensed asbestos contractor who must submit a start work notification to RIDOH. Post-abatement clearance air sampling is required to meet the indoor non-occupational air exposure standard before an abatement area can be reoccupied.”

Wendelken said that a “small abatement project [had been] done for Bank of America in 2012.” At this time, Wendelken continued, “We have no record of any other abatement plans for 111 Westminster St.”

ConvergenceRI also reached out to a communications spokesmen at CommerceRI to ask if the agency had any information regarding potential asbestos in the former Industrial Trust building. No response was received.

• While the news release announcing the deal to refurbish the former Industrial Trust building into an apartment complex had indicated that the building owners would be considering seeking the possibility of LEED certification moving forward with the project, some important questions to answer would be: what will be the source of fuel to heat and cool the building and the apartments?

• Will the structure come with any designated parking for residents? Where would such parking be located? How about daycare centers for families living in the building? Where is the nearest grocery store? The nearest health center?