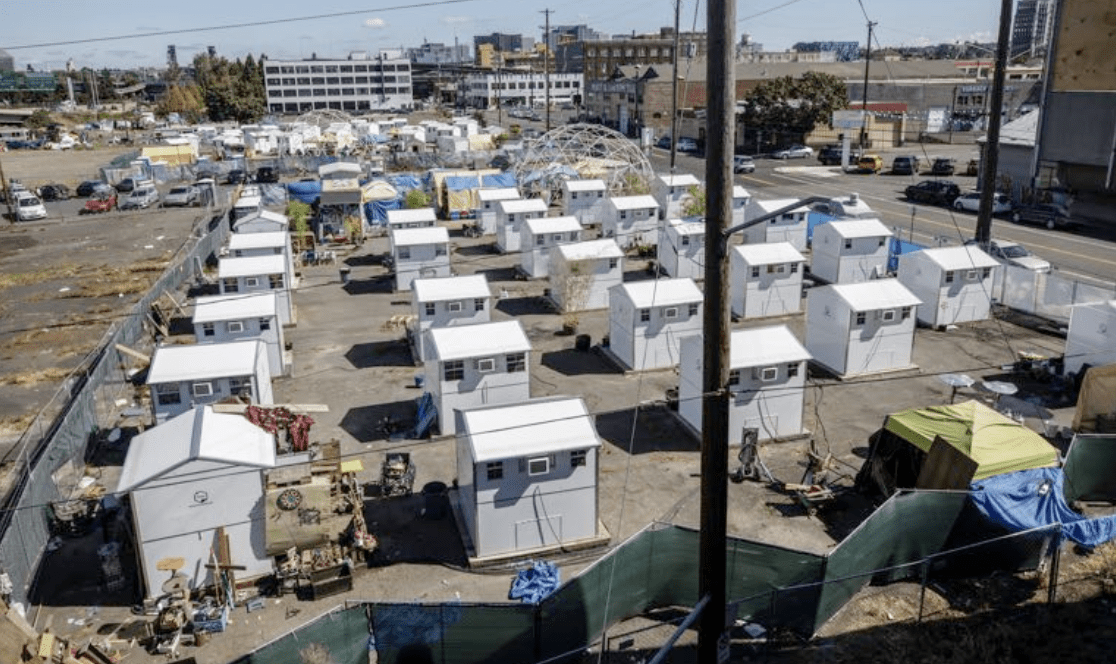 Update: Cranston vote against pallet shelters a tie. Governor must meet with all mayors. Other…

The Cranston City Council considered a resolution to request Governor McKee not locate pallet housing on the grounds of the city-located, state-owned Pastore Center. Amid some passionate testimony, the vote came down 4-4 which requires a moot result and the resolution did not pass. This does not mean the city voted for or voted against asking the Governor to not locate pallet housing in Cranston.

The confusion over a tie vote was obvious as NBC10 reported early Tuesday that Cranston voted against pallet housing in the city. ABC6 accurately reported that a tie left no decision on the resolution.

Two spokespeople from the RI Homeless Coalition and House of Hope gave brief statements that pallet housing is necessary. Other homeless advocates said earlier in the day that it is too late to do this for this year, but next year pallet shelters will be coming to locations in Rhode Island as yet to be determined.

These two clips (click on link) are of Councilwoman Aniece Germain about moving forward with empathy on the homeless issue:

UPDATE: Cranston Mayor says there is also a building on Reservoir Avenue with 40 prisoners who were released and are sex offenders – and that building needs to be monitored as well, with police officers allocated just for that purpose. He made suggestions of Charlestown rural areas, Quonset, Narragansett, etc. that also have hygiene resources, unavailable elsewhere.

Moving to Warwick, Motel 6 will now have approximately 40 people take up residence there as a temporary shelter use.

Smithfield will have a motel taken over by a Woonsocket-based agency for a full housing program for approximately 70 people, including wrap-around services.

Deadline for RI State House – The homeless at the state house have said the RI Capitol Police have told them they will be removed on December 1st if they do not leave first. Spokesperson Chris Raia for the Housing Czar Josh Saal said he knew of no deadline. The Governor’s Christmas Tree lighting ceremony will take place tomorrow, November 30th with song, food, and entertainment – and a tree lighting. Some activists have said they intend for the homeless there to come into the building to participate.

Pawtucket Police Station – reports that a few people have come into the station – one of four warming centers – and maybe one person may have stayed the night – as they are now open 24/7 for those in need.

TODAY – The state properties committee will consider taking over a building on Hartford Avenue to turn into a homeless shelter. The building is currently vacant and owned by BHDDH.